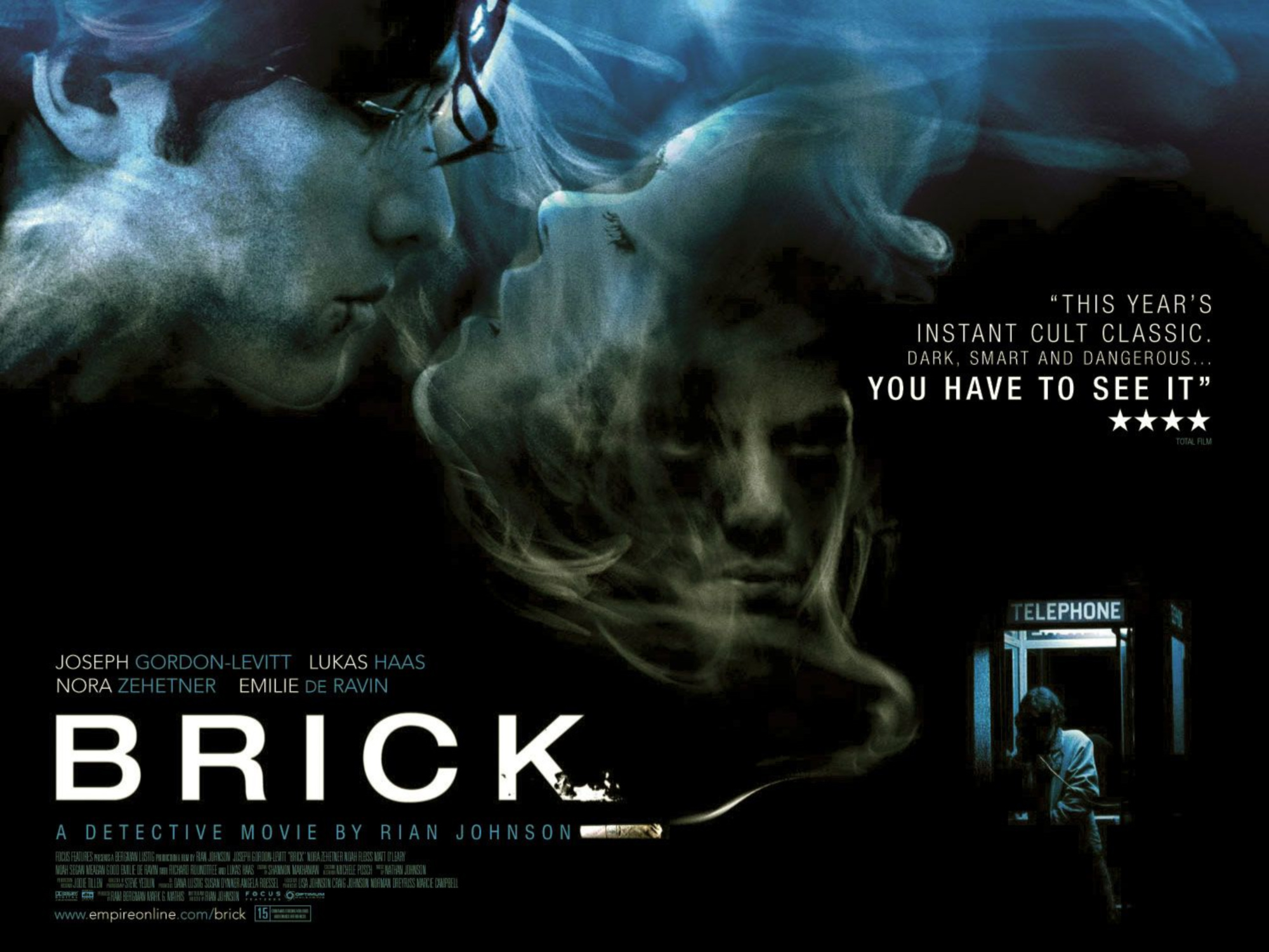 NGAAAAAAAAH! The problem with watching a truly great film for the first time is that although you love it and gives you that kind of after sex buzz (sorry but the only way I could think to describe it), as a filmmaker it also fills you with rage, rage because it wasn’t you who made that film! This was the exact feeling I got after watching Rian Johnson,s directorial debut Brick, so inspired yet so green with envy.

For all of you out there who haven’t seen it yet, I would suggest dragging yourself away from Directors Notes for a couple of hours, seeking out the nearest cinema showing the film and getting ready to be inspired.

For me, this ultra cool high school detective story is one of the best films I’ve seen all year (battling it out with Sympathy for Lady Vengeance) – the fact that it’s a low budget, independent debut just made me love it all the more. This film inspired me so much that I could hardly sleep the night after watching it – my head was buzzing with film ideas. Without relying on special effects or CGI, Brick has a great plot as well as mesmerising performances. I can’t remember the last time I wanted to quote a film so much since True Romance or Wild at Heart. How can you not love lines like: “Maybe I’ll just sit here and bleed at you”, and: “I’ve got all five senses and I slept last night that puts me six up on the lot of you.”

For me Brick is real modern day classic; go watch it, go watch it now! Then, when you’ve finished watching it, watch Sympathy for Lady Vengeance and then watch Brick again – a great night’s entertainment.