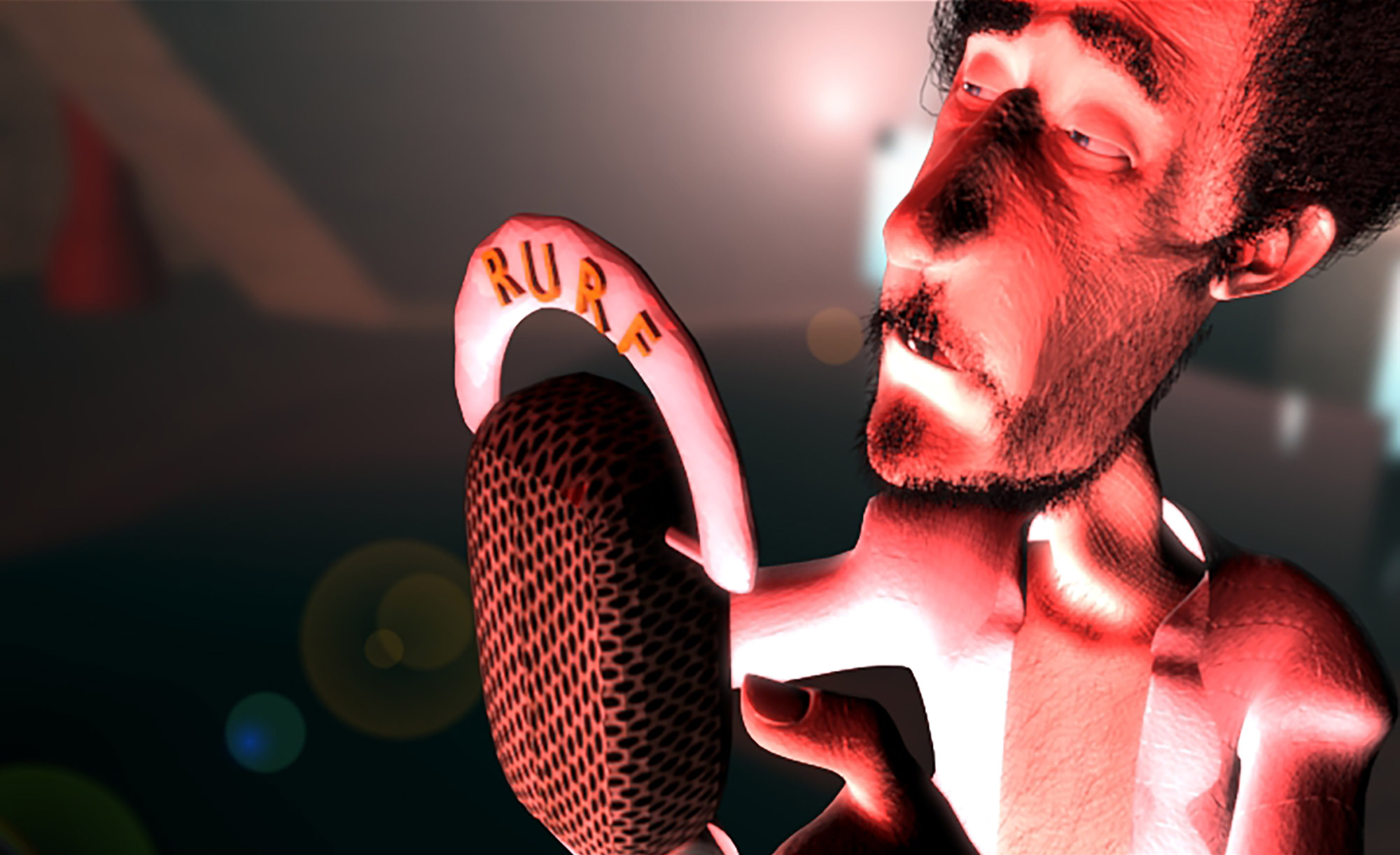 Today I’m joined by director Shane Sheils, who with his regular co-director and all round collaborative partner Paula Sheils, came early to the conclusion that if they wanted to get their 3d animation To Shoot a Rurf made, waiting around for funding or credit carding it wasn’t the way to go. Instead the duo harnessed the power of the GNU license and created the entire project using freeware and open source software in a snappy 6 month period, free from both outside reliance and interference.

This atmospheric dark-comedy tells the tale of a drunken man’s attempts to sober up after binging on mind-altering drink Rurf. To achieve this he must literally go inside his own head and seek the source of his headaches!