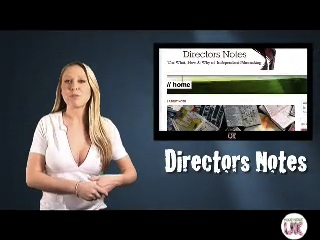 So I was giving my WordPress Dashboard a finally look before bed – don’t pretend you don’t do exactly the same thing – and noticed an incoming link from Podfinder UK for a film and TV podcast special episode which included our own humble Directors Notes! I’m not sure where in the UK host Josephine Laurence shoots the show, but it must be somewhere warmer than Brighton judging from the incidental cleavage on display. However, we did get mentioned in the same breath as Mark Kermode and Simon Mayo’s Film Reviews and the mighty Filmspotting, which I have to admit I have a major podcrush for and between you and me, is a major reason why Directors Notes exists at all. If I wasn’t scared of the rejection I’d get round to writing in to tell Adam & (Sam) Matty.

Anyway you can watch the review here. We’re last, which is obviously the position you save for the best…isn’t it?