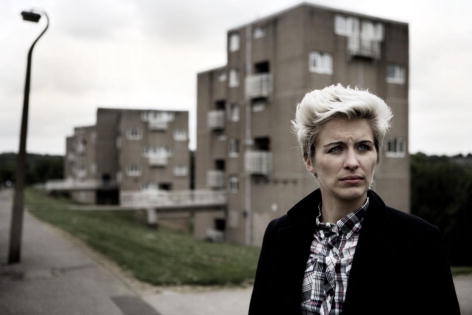 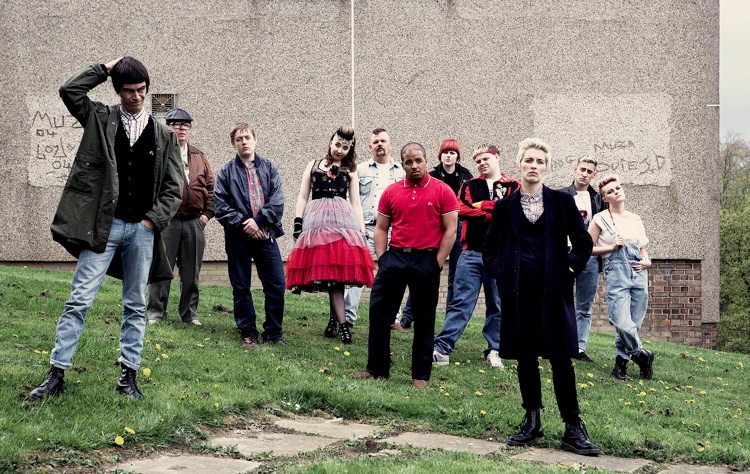 Call it fate, call it sods law, call it bad luck, call it whatever you like, but sometimes the decisions we make can be all about timing. Having lived with a television as a permanent resident of every house I’ve been in from day 1 to year 32, I recently, finally, decided enough was enough and sold my TV. The following week one of the bravest and most challenging pieces of television programming to ever grace the British airwaves was broadcast on Channel 4, with Shane Meadows’ This is England ’86.

I’ll happily admit I’ve become very disillusioned with British television recently; it’s not that I hate all television programmes, it’s just that I hate a very large majority of them! In recent times, it feels like the channels have given up on producing challenging, refreshing TV and instead we are constantly swamped and bombarded with the same regurgitated reality, fly on the wall and quiz shows. The producers may dress them up in fancy new packaging, but in the end they’re just the same old recycled ideas we’ve seen time after time.

Nowadays, the majority of decent TV programming not only comes from one country, America, but also from one studio, HBO. Over the last decade or so this prolific studio has graced us with such television gems as Carnivàle, The Sopranos, Big Love and Six Feet Under to name a few. Whilst America has been turning out shows of such superiority, at alarming regularity, Britain has not only failed to match the quality, but even failed to screen the majority of them. The Sopranos, regarded by many (including me) as one of the greatest TV shows ever, is a shining example of this. Yes, Channel 4 did screen the show, but over its eight year run, instead of moving up the billing as the show become more popular and evermore revered, it was aired later and later. Pushed back in the scheduling by the likes of Big Brother, sometimes screening at gone midnight, seemed just plain wrong for a show, which at its peak had attracted 18 million viewers. However, at least The Sopranos actually made it on to our terrestrial programming, many of HBO’s other classics haven’t been so lucky! 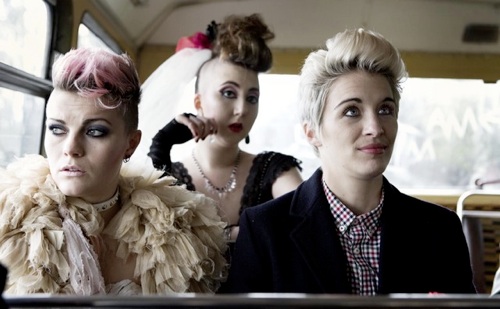 It’s not all doom and gloom though and perhaps I am being a little too harsh on British TV, recently Channel 4 has launched into the 2nd season of True Blood, although it is a fair bit behind the US, which has just finished airing the 3rd season. However, the skeptic in me believes Alan Ball’s brilliantly made TV show wasn’t picked up for its high production levels evident from the opening titles, but instead as a ploy to cash in on the vampire popularity caused by the recent Twilight mania. The problem still remains though, True Blood is an American show, what about British shows?

The last piece of British television I remember watching in awe was Channel 4’s Red Riding Trilogy. Filled with mesmerizing performances, dark storylines and superior production values, this television trilogy was more comparable with the best works being shown on the big screen, than anything on the small screen (which is how it played when it hit the US).

In spite of my reaction to British television, which resulted in me ultimately becoming TV-less, this didn’t stop me from watching Meadows’ This is England ’86. Thanks to the magic of the internet and 4od, I was extremely proud to witness a piece of British television that in terms of production values, content and bravery could match anything coming out of America.

This England ’86 carries on directly where the film ended and as the mini-series begins, we find ourselves in the car with Combo and Shaun just after the violent beating of Milky, before suddenly jumping forward 3 years:

It’s 1986 – the year Chris de Burgh is at number one, Top Gun is filling the cinemas, VHS is trumping Betamax, the world cup is raging in Mexico and over 3.4 million Brits are unemployed.

As Shaun (Thomas Turgoose) sits his last school exam, the realisation dawns that adulthood beckons and in mid-80s England he’s going to have to find his own way in the world. Luckily life has dealt a surprise hand to his friends too and no one is quite where they thought they would be. Woody, Lol, Smell, Gadget, Milky – they are all looking for love, a laugh, a job and something that resembles a future. (This is England ’86 – About)

The series visits a lot of the same situations as the film; Shaun is still trying to find his place in life, while the rest of the gang seem hell bent on having as much fun as possible (which is far from guaranteed in a Shane Meadows world!). However, where the film didn’t have the time to develop some of the director’s wonderfully imagined characters, the series has plenty of space to let someone other than Thomas Turgoose and Stephen Graham steal the show, as we find out so much more about the rest of Shaun’s friends’ lives, loves and loses. The character who makes the biggest leap in terms of depth is quaffed queen of the gang Lol, impeccably played by Vicky McClure. Lol has gone from the film’s bit part player, to the series big hitter, the main attraction, the star of the show! Managing to be frail and damaged in one scene, then steely and resolute the next, the actor prowess of McClure simply steals every single scene she’s in. The character feels so real, so three dimensional, you want to reach into the television and wrap your arms around her, protecting her from all the hardships she’s had to face in her life. At the other end of the likability scale is Johnny Harris, whose portrayal of Mick (Lol’s estranged Father) is every bit as real as McClure’s, but without any of the admirable qualities you see in his on screen daughter. In fact, his portrayal of the sexual deviant, bully and predator is most probably one of the most sickening and disturbing you’ll ever witness on television. Full of self hate, violent outbursts and uncontrollable destructive tendencies he really is the absolute embodiment of real-life evil. From the first second he appears in This is England ’86, I was instantly in a state of constant unease whenever his character was onscreen, you can just feel something isn’t right with this man. It’s a testament to Harris that he can make a monster such as Micky feel so real and so utterly hateable (he achieved a similar feat in Richard Penfold & Sam Hearn’s Leaving). We all know that unfortunately real atrocities like those displayed in Meadows mini-series do happen, but for this programme to work we had to believe Micky would really do these things and Harris never leaves us with any shadow of doubt, at any time.

As we’ve come to know and expect from Meadows over the years, he’s capable of creating some of the best drama we’ll ever see in Britain (whether it’s on the small screen or at the cinema). Not only does he extract the best from his often underused (apart from by himself) and underrated cast, he creates stories and plots that Brits can truly identify with and relate to. Time after time he seems to tap into his homeland’s psyche and delivers exactly what we need, at exactly the right time. Yet, the stories he weaves are universal and although his films are instantly recognisable as British, people from all over the world should be able to relate to the messages contained within. Whether it’s the effects of war, the traumas of sexual abuse, the tension created by racial intolerance or even the tests of a friendship, we can all take something from the challenging subjects this constantly exciting director tackles in his refreshing work.

Thank you for restoring my faith in British television Mr Meadows.

[MarBelle: As part of Channel 4’s long-form content deal with YouTube, all four parts ofThis is England 86 are available to view in full on the site until 27th October. Really run, don’t walk over there if you haven’t seen it yet!]