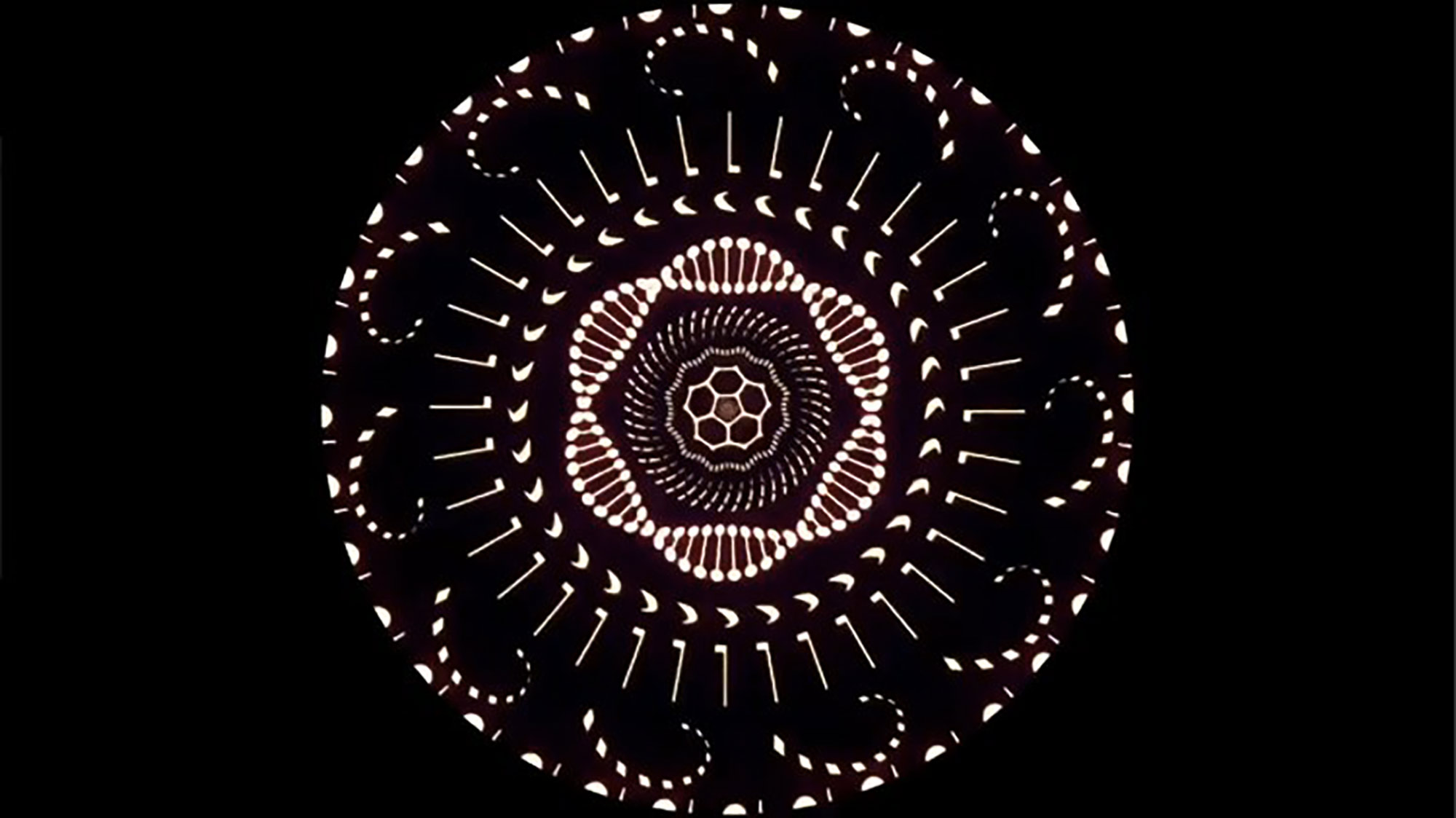 Little did The Mamas and The Papas know when penning the words, “To everything (turn, turn, turn). There is a season (turn, turn, turn)”, that they very well could have been talking about Max Hattler’s future piece of work Sync in which he sets his canvas to the celestial scale by representing the life of the universe, from big bang to present day, as a constantly evolving spinning disk.

Max’s work often has a hypnotic quality, but Sync holds your attention tighter than Kaa from the Jungle Book every could. As used to watching shorts on the small screen as I’ve become, I’m tempted to hire a projector, a massive screen and throw a party just to do Sync the justice it deserves.

“There is an underlying unchanging sync at the centre of everything.
A sync that was decided at the beginning of everything, and that rules everything.
Everything follows from that… all time, all physics, all life, all animation.” – Max Hattler