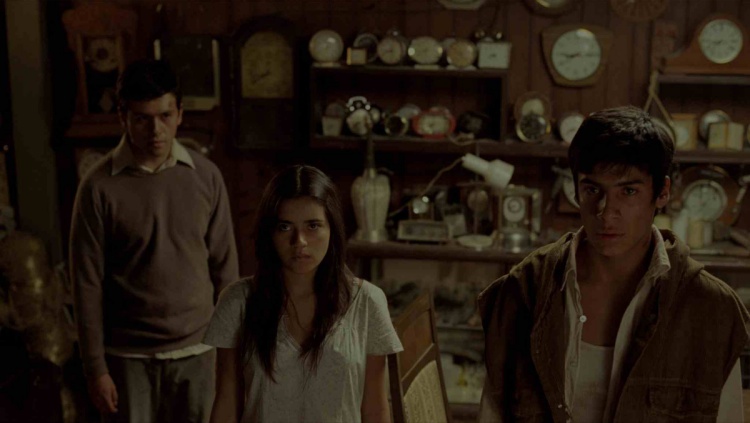 We Are What We Are DVD

When Jonathan Swift asserted the logic of cannibalism in his satirical essay A Modest Proposal, he suggested that the poor sell their children to the rich for food. In Jorge Michel Grau’s debut feature-length We Are What We Are the poor have already started eating themselves. This Mexican drama/horror focuses on a family whose principal dysfunction is the killing and eating of people.

The film opens with the family’s patriarch staring dead-eyed into the window of a department store, before falling down dead on the pavement. Street cleaners then move the body and clean the disgusting liquid that the man coughed up. It’s not a subtle statement on poverty and class but it’s certainly one that is visually arresting. The man’s zombie-like appearance is at odds with the spotless surfaces of his consumerist surrounding, a juxtaposition recognisable to those familiar with Romero’s Dawn of the Dead.

The film then focuses on the man’s wife, two sons and daughter as they struggle to come to terms with their own roles, their relationships with each other and the small issue of how they are going to cope with the killing and eating of strangers now that daddy’s no longer bringing home the er… bacon. Mum is still angry at everyone for dad’s ‘addiction’ to prostitutes, an anger that she expresses at one point through a vicious saucepan-based attack on a hapless hooker. 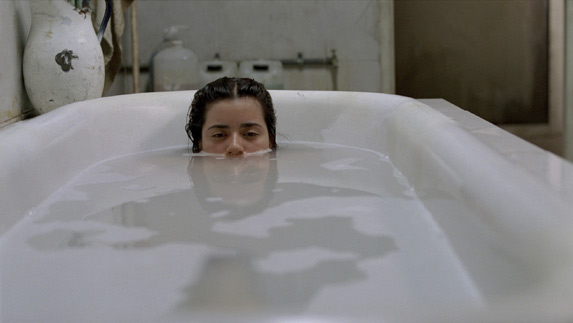 It is the family politics which engage the audience. They are not monstrous in the same way as Leatherface’s similarly flesh-inclined clan in The Texas Chainsaw Massacre, but neither are you able to relate to them, each simply representing different roles within the family dynamic. The film’s trick is portraying the cannibals not as invincible predators, but as victims. This is seen in their clumsy coming of age as hunters and social naifs, but also in their roles as personifications of the underclass.

Their world is a maze of shacks and alleyways completely at odds with the metropolitan areas, although it is a maze which all the characters are able to find their way around a little too easily. Stylistically as well as Romero, the film also drops in a scene involving a coroner that is not so much inspired by, as stolen wholesale (albeit presumably as a homage) from fellow Mexican Guillermo Del Toro’s Cronos.

Where the film wastes its time is in attempts to humanise the policemen whose paths cross those of the family in the final act. The film may have made a stronger statement if they had remained faceless authority figures. These are minor complaints in a film that sets its tone so successfully and manages to say interesting things through its social realism while keeping you engaged with its sense of foreboding. As a footnote, we would just like to add that this film is not, as the quote on the cover would have it, just a ‘cannibal gore fest’. It’s surprising in this age that the distributors should feel the need to market a thought-provoking foreign film in such simplistic terms. As unpleasant as some of the scenes are, as a gore-fest it disappoints and that in itself is no bad thing.