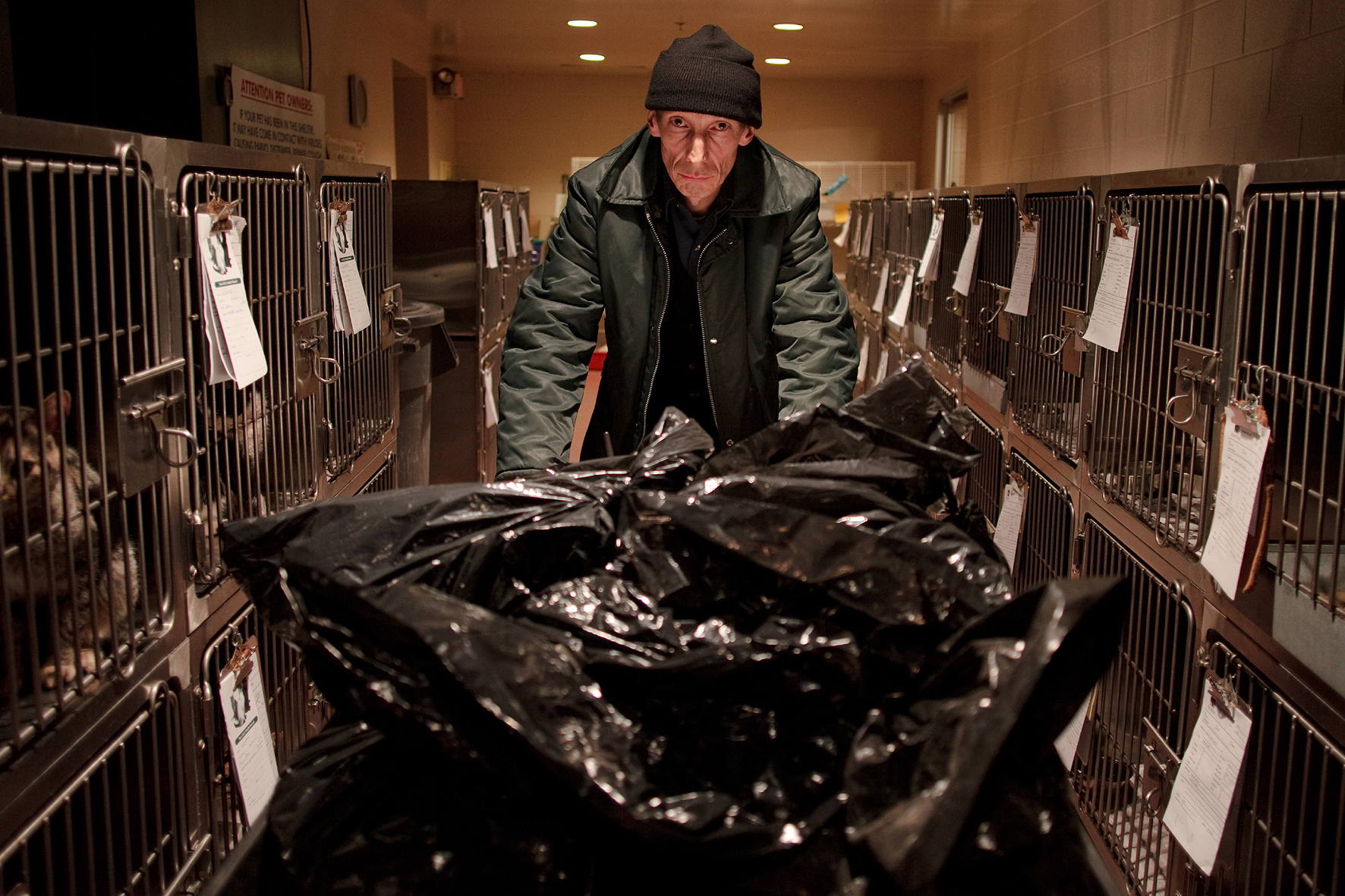 The hidden life of an Animal Services worker by day / taxidermist by night may be the last place you’d expect to find a touching story of friendship found and lost, but it’s exactly here that director Kire Papputts set his gently affecting short Animal Control. Kire joins us to discuss finding just what you need and the power of dialogue free cinema.

Larry works for Animal Services. His job is picking up road kill along the highway; his hobby is taxidermy. Socially isolated, his home is a sanctuary and his only companions are the animals he’s stuffed. One night at work, Larry spots a dog, seemingly dead, just off the shoulder of a quiet strip of road. Not having a stuffed dog in his menagerie, he takes it home with him where he makes the shocking discovery that the dog, “Sammy”, is still alive. Sammy’s arrival marks not only the beginning of a new relationship for Larry, but also the realization that animals should be preserved before they are dead, rather than after.

Trying to keep the dog still as long as possible and getting that shot I guess may have been the hardest thing.