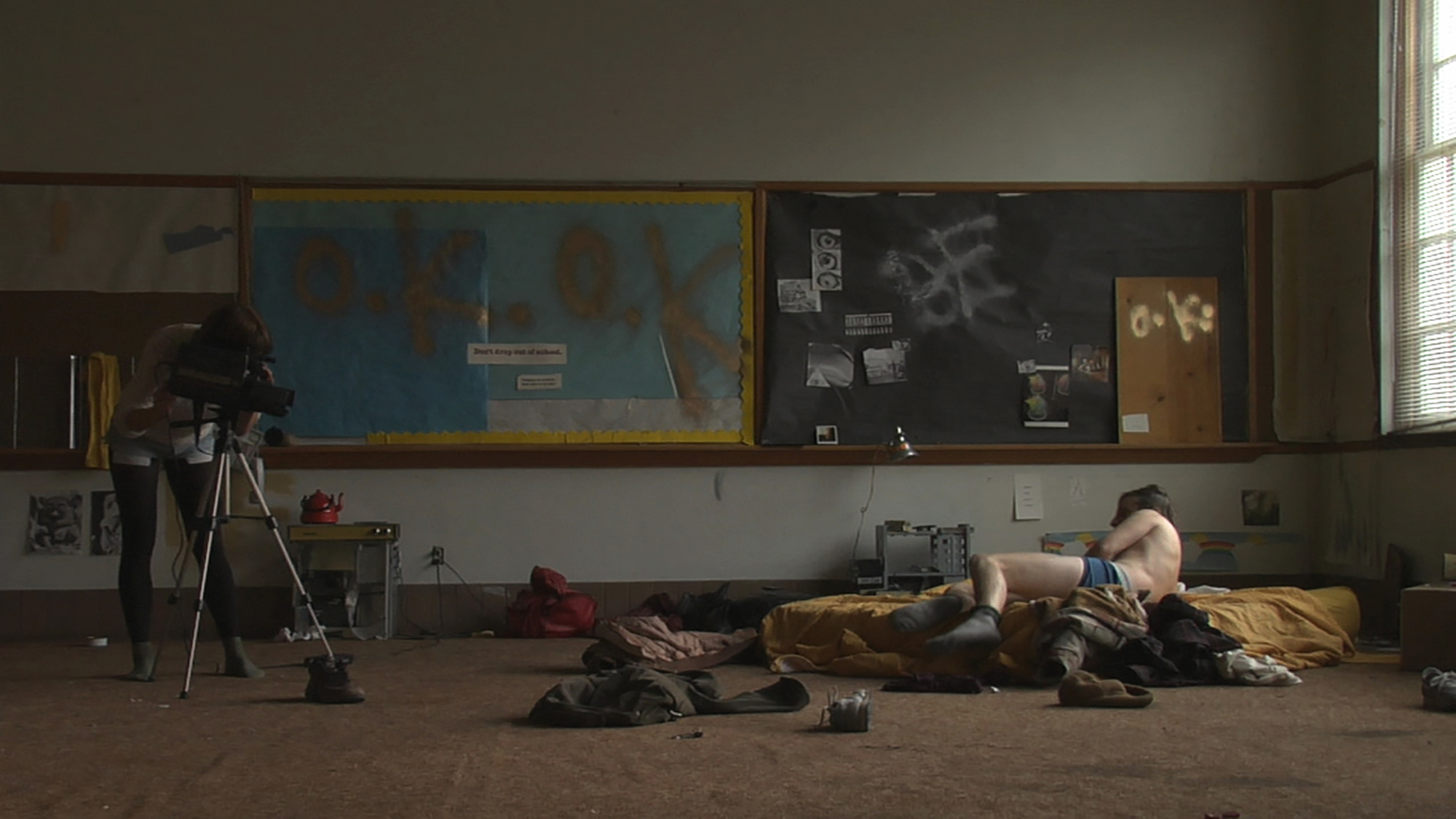 This review originally appeared on the fabulous Miss. Bladder blog, which you should subscribe to immediately!

Long ago, in a distant land I used to make time for myself to watch films. It was a good time. A time filled with interest and chat. I miss that time. So I am ensuring that I deliberately hark back to that time and try and re-find my love of film (and reading, but that’s a whole other blog post).

My first film in to rediscovering that mythical time was Bad Fever. MarBelle kindly gave me the heads up having heard about it at SXSW (Yes. He goes there. And actually interviews people. Yes. You’re allowed to be jealous).

Bad Fever is directed by Dustin Guy Defa. It is the story of Eddie (Kentucker Audley), a guy who lives with his mum and just wants to make friends. He wafts around town with his cassette recorder constantly mumbling in to it and comes across Irene. Irene (Eléonore Hendricks) is also alone but it appears that she chooses to be this way as opposed to Eddie who desperately wants to speak to someone other than his mother. His mother sits in a chair and reminded me of someone in an almost semi-catatonic state.

Not only does Eddie come across Irene but he also comes cross the town’s comedy club. Here he witnesses something that he obviously hasn’t been exposed to – acceptance, warmth and laughter. The film tracks Eddie’s attempts to get the girl, perform at the comedy club and make his mum proud. All three aims fail. Spectacularly. 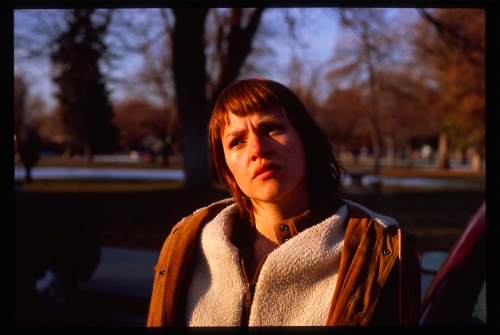 I remember having watched the film I tweeted wondering whether Irene was a massive bitch or a feminist genius. I came down on the side of massive bitch. Irene lives in a disused classroom and ensures Eddie’s insecurities remain by humiliating him at every turn. From filming him having a bash at trying to have sex with her to dumping him for “some guy in Iowa” she ensures that the ball is always firmly in her court. In fact, her behaviour is atypical of a macho, arsehole man that is normally exhibited in the Hollywood chick flicks who is a Bad Man and turns out to regret his behaviour when he realises the girl he coulda had and shoulda had has ended up with the handsome nice guy. Just because the atypical Bad Man has been given a vagina did not endear the character to me any more.

Eddie isn’t funny. He knows he isn’t funny. I’m not even sure he tries to be funny. His jokes that he records are devoid of humour although he ensures they always have a punch line. His debut at the comedy club is more a showcasing of his girlfriend Irene (or so he thinks she is her girlfriend) than any comedic talent. The length of the scene whilst he dies onstage means that when he finally exits the stage the viewer is relieved that they don’t have to continue to sit through the most excruciating ten minutes.

His mum witnesses said ten minutes. From near silence she blossoms in to a banshee that reminds Eddie how she isn’t proud of him whatsoever. The film has gone full circle – he doesn’t have the girl, he doesn’t have a successful comedy stint and he doesn’t have a meaningful relationship with his mum. It is the saddest thing I have watched since Julian Donkey-Boy. Whether due to budgetary reasons or a genuine love of Dogme ’95 the way Bad Fever was filmed also reminded me a lot of Harmony Korine’s film. I’d highly recommend it but I don’t think it has any distribution in the UK yet. Sadface.

All our New York resident readers, get yourselves down to 92Y Tribeca on Monday, July 11th @ 8pm for a screening of Bad Fever followed by a Q&A with Dustin Guy Defa and Eléonore Hendricks. I can’t stress enough how great a debut feature this is! You can also brush up beforehand by taking a listen to our interview with Dustin.