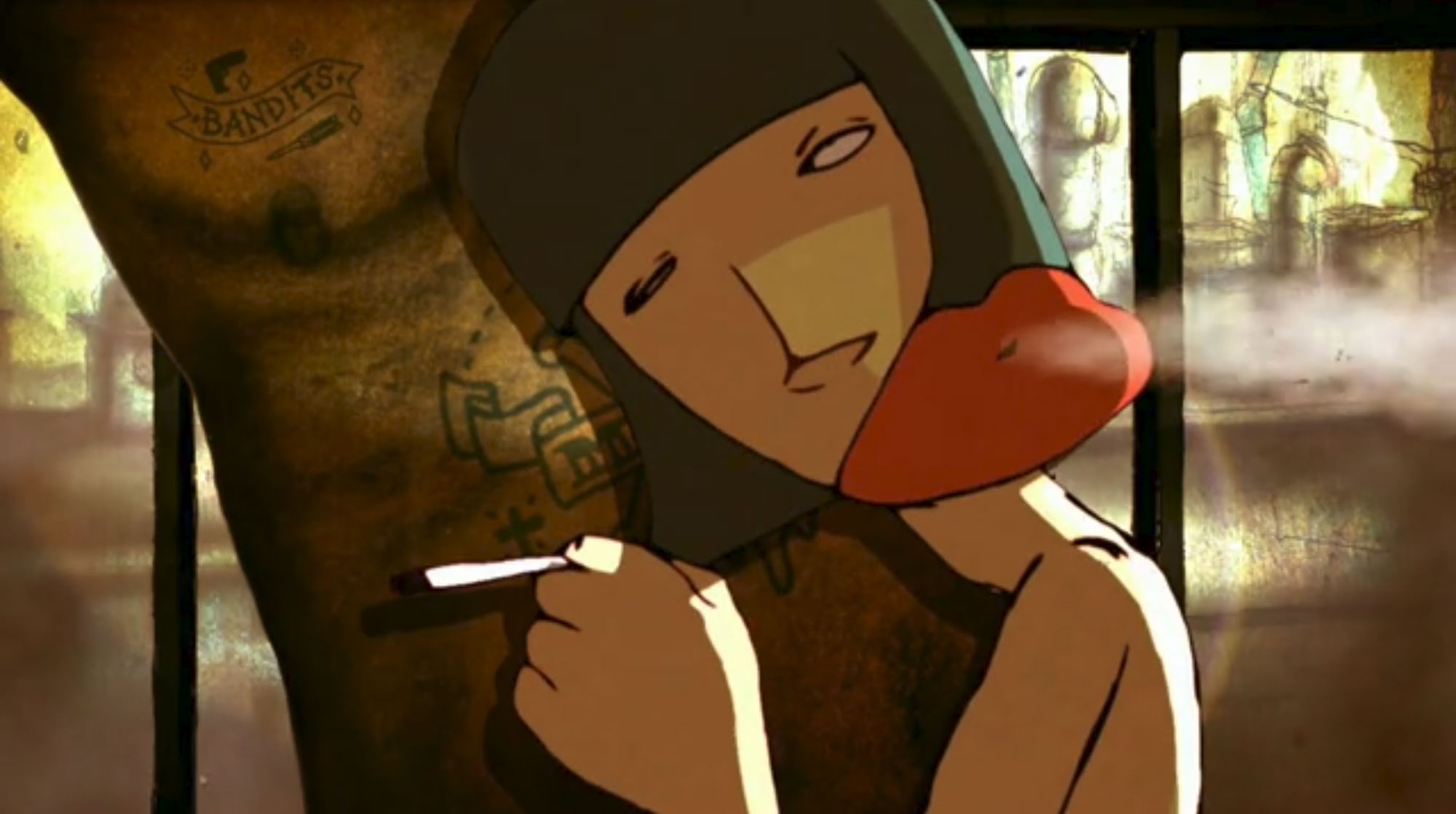 I don’t know what they’re putting in the coffee in the animation department over at Jerusalem’s Bezalel Academy of Arts and Design, but I’m thinking that Tim Razumovsky and Eyal Oren must have been on their third cup and counting when they conceived their excellently bizarre piece, The Sleischers. The best way I can think to describe it is; the Pulp Fiction Butch/Fabienne pot belly conversation taking place on a balcony with added oral sex, guns and belly talk replaced by missing limbs speculation. Yep that about nails it.

The twisted husband and wife duo will hopefully grace our screens again before too long as Razumovsky and Oren see this as “a kind of short pilot episode which will hopefully become a series in the future.” (Cartoon Brew)