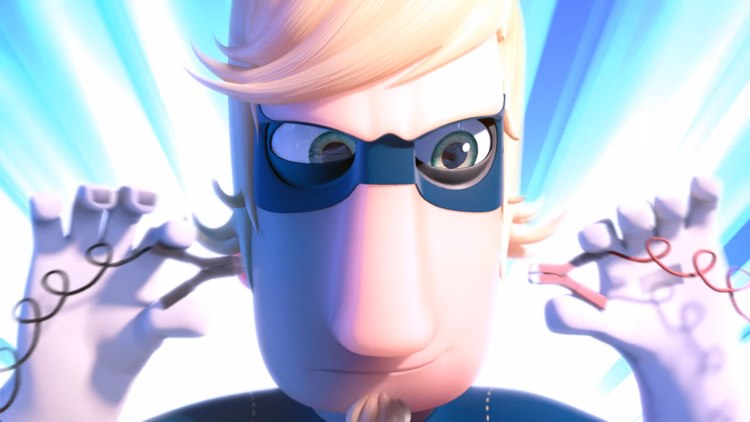 It may well be true that with great power comes great responsibility, but unfortunately for Buck and the residents of Cactus Groove, his incarnation as Electroshock, doesn’t also come the much needed skills to effectively wield his new time stretching abilities. Electroshock is a funny and refreshing new take on the superhero story from Hugo Jackson, Pascal Chandelier, Valentin Michel, Bastien Mortelecque and Elliot Maren, students at the French animation school Ecole Supérieure des Métiers Artistiques.

If you’re in the mood for some in film hide and seek the team have a little challenge for you; “We hid one movie character and one TV show character in the background people. One hint : they are both rednecks!”