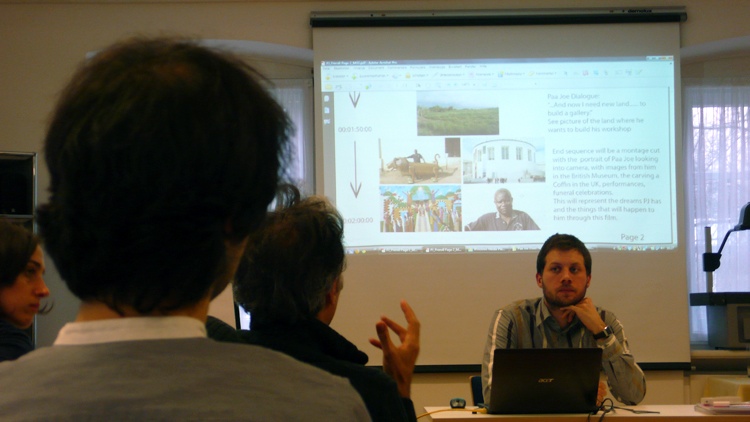 The “Pre-roll”, with Roger Graef

Last night finished with a screening of a fantastic film called Hold Me Tight, Let Me Go, shot and directed by Kim Longinotto and produced through Roger’s company, Films of Record. Shot over 6 months, it follows a class of children at the Mulberry Bush School which has 108 teachers to 40 pupils. The children have often been expelled from or simply can’t cope with normal schooling, their behaviour often a result of traumatic experiences at home. The film sparked great conversation between us all afterwards and Roger talked us through the process of gaining access, building trust and the choice to stick to a 100 minutes running time.

Following yesterday’s seminar on the importance of the ‘pre-roll’, we presented our ideas for our own film’s pre-rolls. The first two minutes must set up the film, but Roger referenced the idea of ‘game theory’, where the rules of the games are defined at the beginning. That may be your stylistic approach, whom the film will follow (if it’s character lead) and what the audience can expect to see.

What I loved about Roger’s approach when discussing our projects was that his encouraging us to use the power of the image to tell the story…Less is more or as Kafka would say, “It is the job of fiction to put the ice pick in the brain” and this must be done through pictures, not words. Roger’s words resonated with me as I had actually tried to explain too much in my pre-roll storyboard and he wasn’t slow in telling me that! I was encouraged to show the powerful imagery of Paa Joe’s work in the very first moments as this will grab viewers’ attention. The rest of the group gave me some great feedback too. 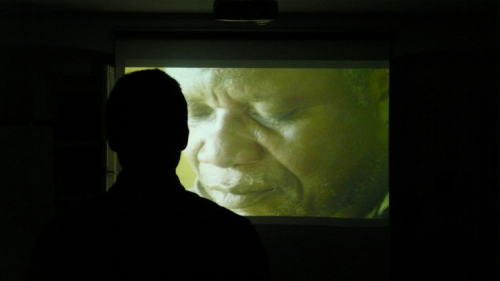 There seem to be some clear do’s and don’ts of the pre-roll…find the spice of your film, avoid clichés and never tell people how to feel. As Bergmann quoted from William Faulkner, when you edit your pre-roll you must be prepared to ‘kill all your darlings’ and take risks.

The day was again wrapped up with the screening of another fantastic and emotionally impactful film from Films of Record called The Truth about Adoption. And I can’t finish this post without spreading the word of Roger’s latest Internet film series, CERNPeople. Follow this link to meet the most engaging geeks you could ever hope meet.

ALL of the sessions have been totally insightful and incredibly fruitful and we’re really looking forward to the final day, but not before we partake in the Munchen Olympics under the guidance of our Bovarian contemporaries, Maren and Philip. So far, all I know is that this entails weissbier and currywurst. Tomorrow could be interesting…