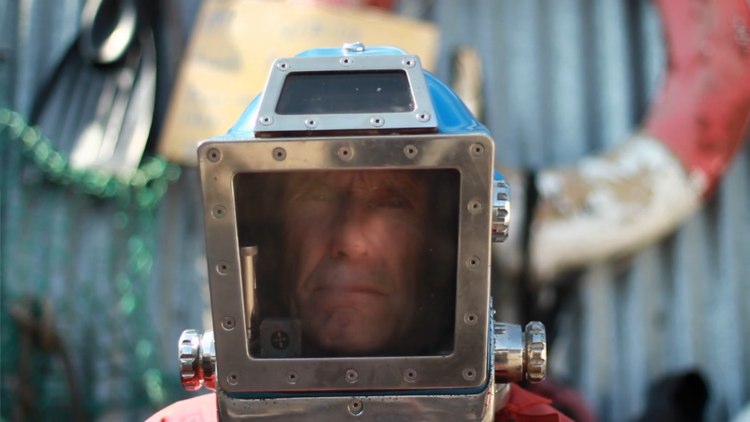 Winner of Best Documentary at the Super Shorts International Film Festival, Ray: A Life Underwater tells the story of 75 year old former commercial diver Ray Ives and his fantastic journey through the deepest oceans where, like a modern day pirate, Ray searches for hidden treasure in “the world’s biggest rubbish dump”. Directed by former BBC newshound turned freelance producer/director Amanda Bluglass and edited by Danny Cooke, this documentary is a heart warming tale about an elderly man looking back at an extraordinary diving career.

Cooke, also the film’s DOP along with dive photographer Neil Hope, alluringly capture Ray’s underwater world, providing an all access look into his private museum full of bottles, ancient coins, swords and a great collection of old personal photographs. Underwater cameras get right in on the action and follow Ray through his personal haven – the ocean. Arial pans of British docks and seasides boast fantastic cinematography plus the opening scene sees Ray enter his 1900s diving suit. Using various close ups accompanied by Tony Higgins’ haunting score, this opening gives you the feeling of entering the water with Ray himself.

What’s so great about Ray: A Life Underwater are the stories Ray has to share. Ray Ives has spent a lifetime in the water hunting for shiny treasure at the bottom of the sea; finding gold has always been his passion. After spending 14 minutes in his company it’s easy to understand why Bluglass decided to bring this gem of a story to screen.