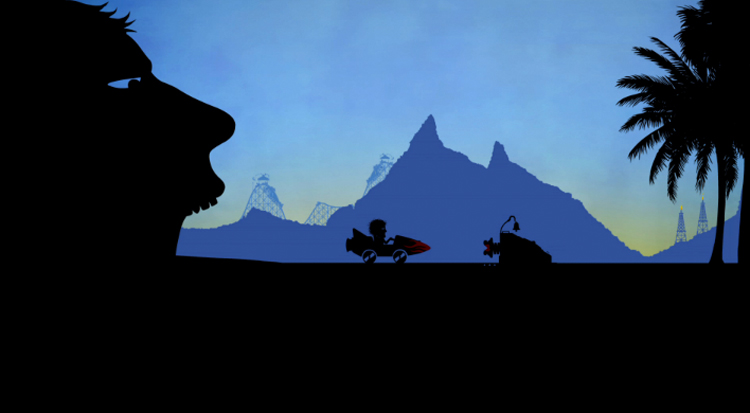 It was over four years ago that we spoke to Jossie Malis about the first two episodes of his shadow play inspired ten part animation series Bendito Machine. Well somehow we failed to bring you episode 3, but that just means you get the double pleasure of watching that and the freshly released episode 4 back to back:

But that’s not all. The Bendito team are now looking for financial backing to support the next episodes in the series:

Dear friends, this project has been a great (and long) adventure and I hope you share the enthusiasm for more machines to come. Today, we’re looking for supporters to keep producing the next episodes of this universal animated show of primitive tales. In order to do that, we’ve create a crowdfunding project at Kickstarter so you can be part of the story. We have 35 days to meet the necessary funds to produce the upcoming episodes for the first season and a extra special third episode for our Kickstarter supporters. In return, you’ll get wonderful rewards specially designed for our campaign.

It’s been far too long a wait for more Bendito Machine instalments and frankly none of us want to go through that again, so make sure you head over and support the campaign which has some of the best Kickstarter reward swag we’ve seen. There are also more details about this adventure over at – benditomachine.com