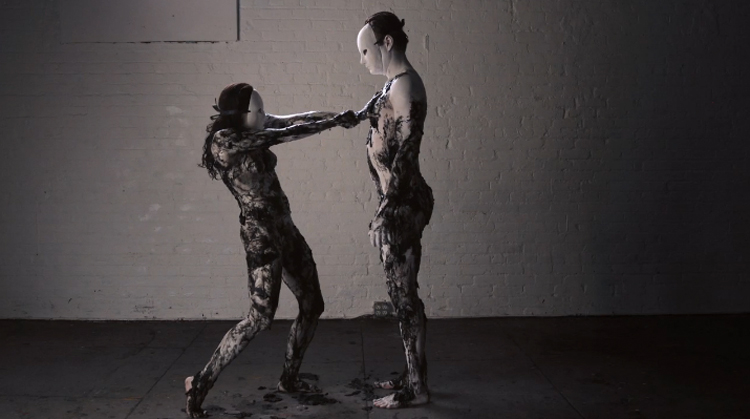 Created from over 250,000 photographs, Nick Peterson’s kickstarter funded short Drained is the twisted tale of how a man’s addictions can destroy the woman he loves. We featured Nick’s inspired use of rotoscoping on the video for Tweak Bird’s The Bones back in 2010 and it’s great to see the director back with yet another challenging mix of animation and live-action.

It’s rare when a director has the chance to make a film without creative restrictions. This film was one of those opportunities. Some time ago, Jon Heder and I were looking for a project we could make that would allow us to flex our creative muscles and make something truly unique and different. I had an idea – both a story and a clever shooting technique – that had been gestating in my head for about a year or so and soon after I pitched it to Jon we discovered Kickstarter.com. We made a video pitch and were fully funded within the 30 day window.

Once we received the funding, we had to figure out if we could technically pull off what I wanted to do. I wanted the live action in this film to blend with the stop-motion so it all felt like it was part of the same world. To achieve this I shot the whole film with a still camera, shooting at 8 frames per second, rather than using the “HD video” mode. After 10 days of shooting and with over 254,000 stills later we were finished shooting.

I loved making this film. It was months and months of hard, tedious work for myself and a hand-picked group of extremely talented people all working together towards a singular vision of making something never seen before.

And here’s a ‘behind the scenes’ video if you want to know more..