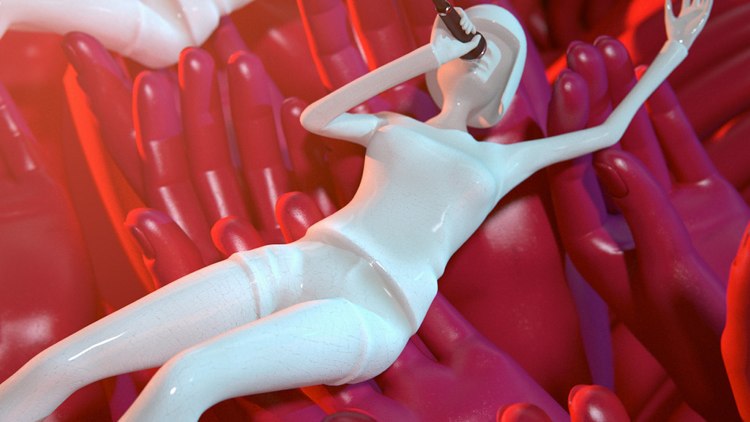 We love a good zoetrope here at DN, whether it’s Mark Simon Hewis’ life sized approach or David Wilson’s wolf headed promo for Moray McLaren (OK technically that one uses praxinoscopes, but you know what we mean). A new addition to our persistence of vision video favourites comes from Mate Steinforth at Germany studio Sehsucht, who created a rise to glory themed show package for the 19th annual MTV European Music Award.

The animated sequence is a journey through time and space, transcending the ancient Zoetrope concept which stems from pre-Christian Chinese culture to our modern global society. A band lives the American Dream, symbolizing the ascent of a basement musician to stardom across the horizontal zoetrope layers. They move from the underground scene to stardom with the help of their fans and social networks, finally reach the top of the carousel and perform at the MTV EMA.

You can see how the team worked with a mix of Cinema 4D, After Effects, Maxwell Render and Sculptris to created the realistic look of the piece in this making of: