When a trailer pops up for a film that looks to be a melange of quirk and Nick Miller from New Girl my interest is always piqued. Safety Not Guaranteed is based upon a true advert run as a joke by a magazine worker, which sought a companion for a time travelling mission but also included a warning that due to the nature of time travel safety could not be guaranteed.

Colin Trevorrow’s film tells the fictional story of Kenneth (Mark Duplass), who places the advert, and three magazine workers who make it their business to find him and tell his story – at least that’s the line they feed their editor. It just so happens that Kenneth lives where reporter Jeff’s (Jake Johnson) high school sweetheart now resides. He seizes this fortuitous opportunity to try and hook up with the one that got away whilst making interns Arnau (Karan Soni) and Darius (a lead debut for Aubrey Plaza) do all the work. Darius acts as ‘woman bait’ for the clearly ostracised Kenneth. It’s pretty obvious from the beginning that Kenneth is the outsider of the town; for a start, he believes in time travel and secondly he looks a bit odd and dresses like Axel Rose circa 1988. In reality, Darius and Arnau are just as ostracised as Kenneth; Darius has never really fitted in and Arnau is a paid up nerd with bad dress sense to boot. Jeff, on the other hand, seems to be quite popular. When he hooks up with his sweetheart he measures this popularity by his material gains since they left high school. When she prompts him to tell her about his life he says, “I just did”, having inventoried his possessions. 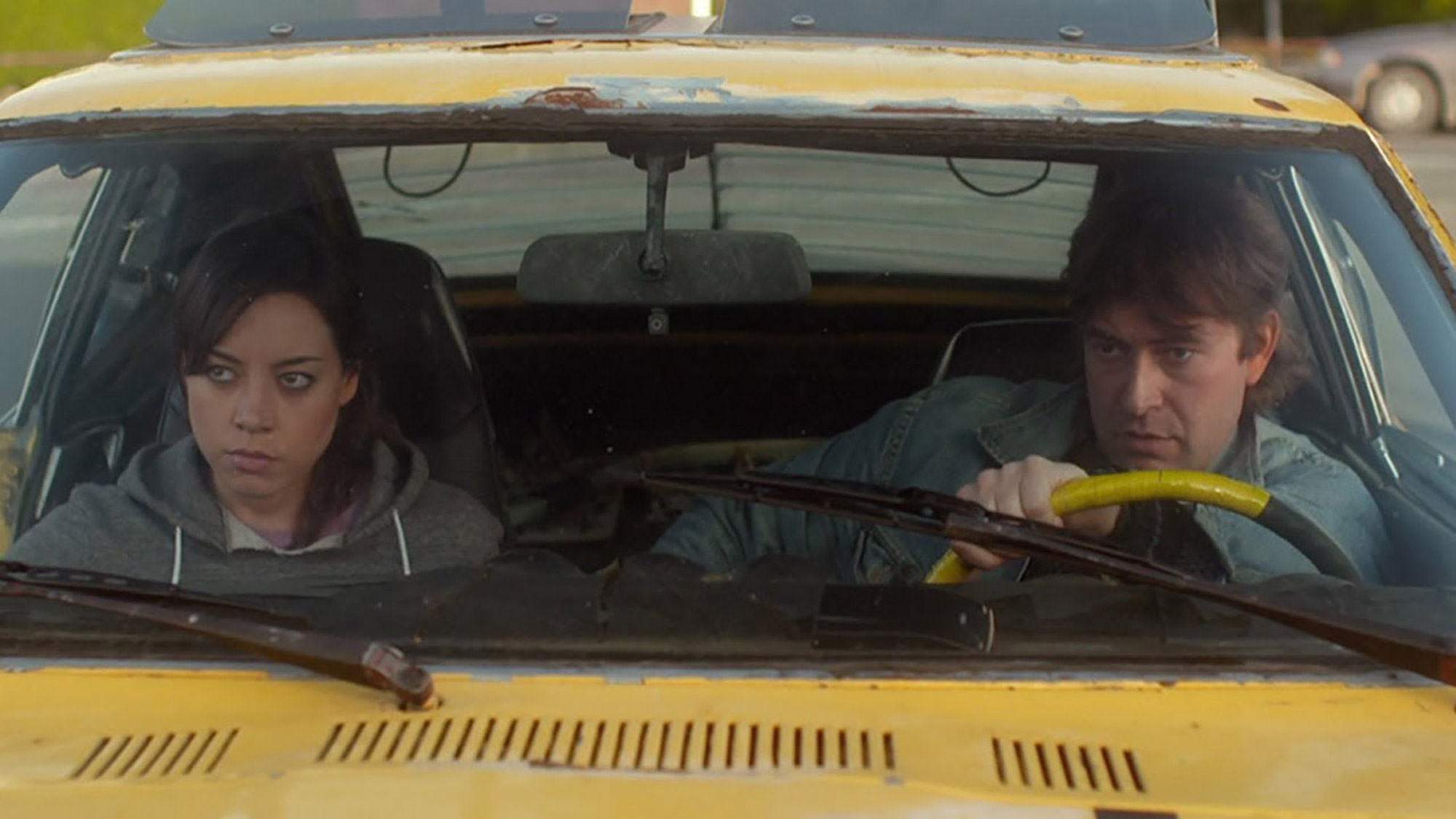 Perhaps it’s because I’m at the start of my 2013 film watching but I liked Safety Not Guaranteed. For me, it was a film that makes the characters, and you, examine what’s really important. It’s not a subtle film – Jeff is clearly the superficial character who values good looks and possessions over everything else, whilst the interns and Kenneth appreciate true friendship because they lacked it growing up. As the film progresses, Jeff has an epiphany and realises that driving an Escalade is probably not the be all and end all. Life is about appreciating what you have but also grabbing what you can, when you can. Jeff recognises that the interns are inhibited by their still adolescent naivety and encourages them to seize the day and do all the things they want without remorse or over analysis.

The performances are good and after around half an hour I’d overcome the urge to quote lines from New Girl and Scott Pilgrim vs The World at the screen – no mean feat when you’re as amused by Nick Miller as I am! Safety Not Guaranteed does become a little unbelievable as it progresses but perhaps that’s simply because, judging by my 2012 Top Ten, I’m not calibrated for saccharine sweet endings.