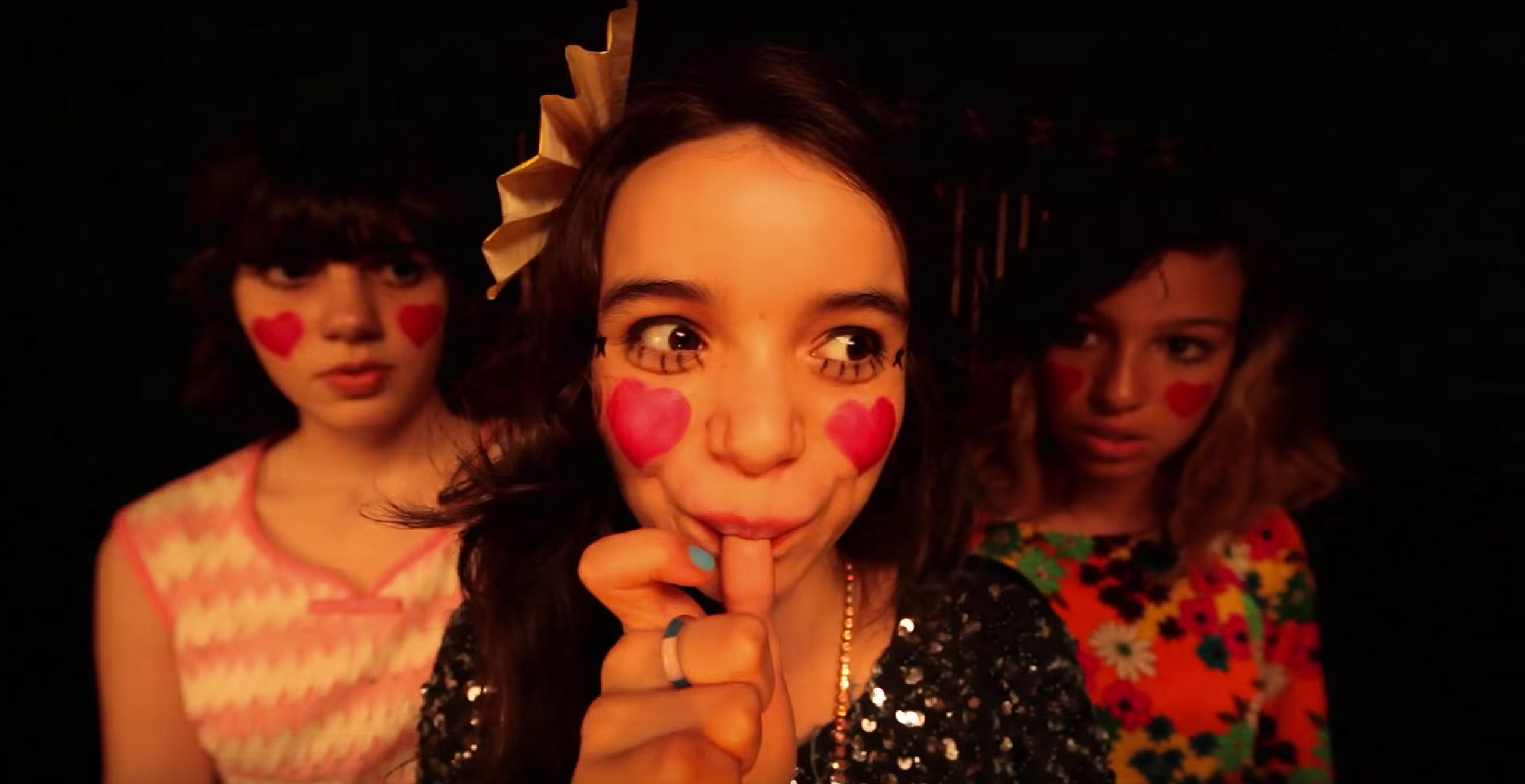 And so the girls went to a teenage party, unaware of the tragic fate that would befall them…

Part music promo, part PSA Greg Hanson’s video for Supercute! charts the three girls descent into the dark underbelly of candy addiction when they fall foul to Dumb Dumbs. Despite the light hearted depravity depicted onscreen, behind the scenes a tight knit group of family and friends pulled together to bring the low budget promo into being. Cast members contributed 60s attire from their own wardrobes for the production costumes, much of the props used to dress the sets were borrowed and as Hanson points out, some well know New York faces were on-hand for cameo appearances:

The video is a virtual smorgasbord of New York City local celebrities. Andrew W.K. is the most recognizable, of course, but a lot of the supporting players are people with deep roots in the New York Underground. People like Rev Jen and Faceboy (the two S&M freaks in the candy dungeon) have long histories in the Lower East Side art scene, there’s Gerry Visco, a well-known arts writer, musician Jason Trachtenburg, and a whole cavalcade of teenage bloggers, artists, musicians, and models. And everyone was a blast to work with.

Check out some behind the scenes images from the shoot: