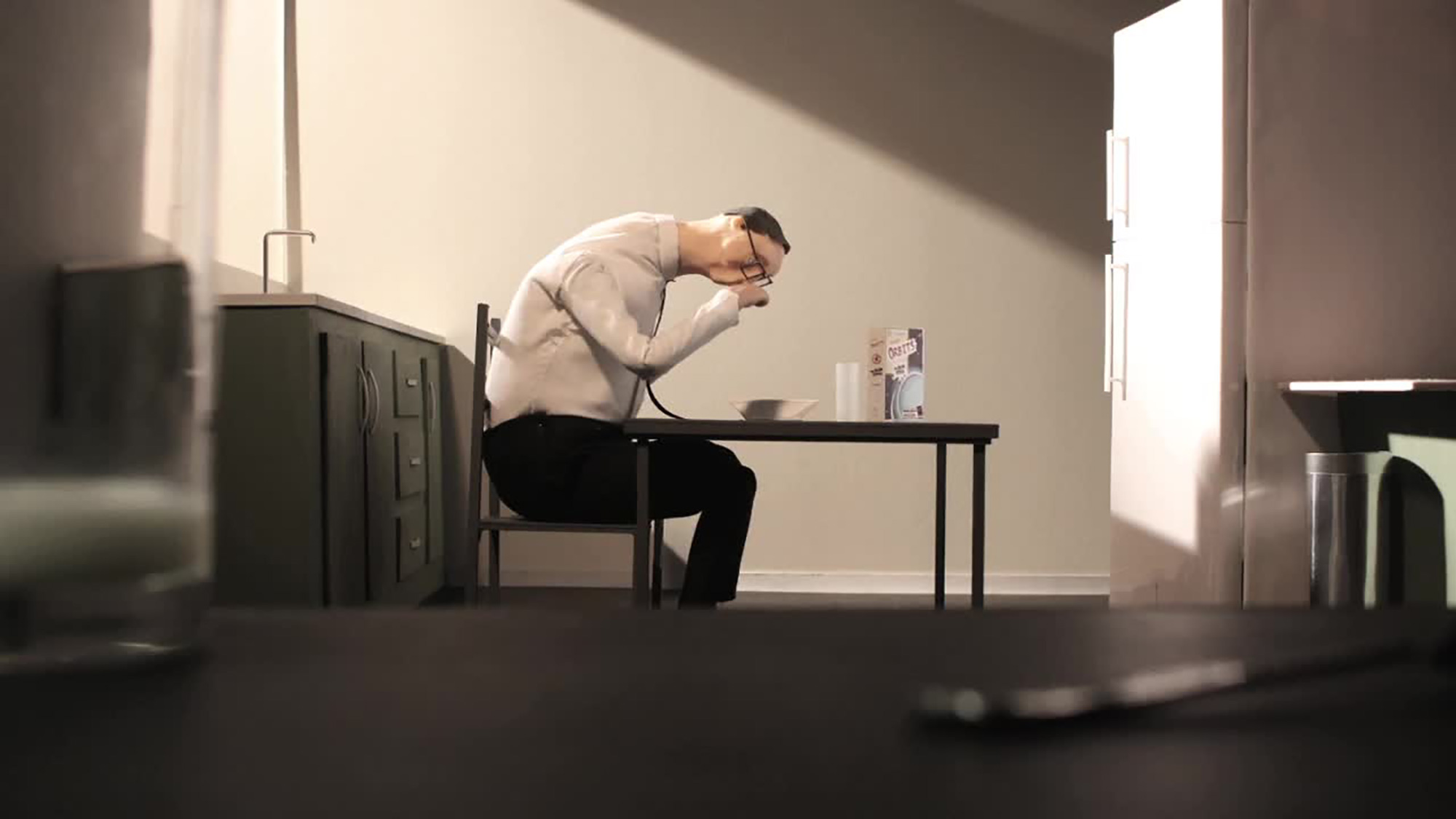 We highlighted Dan Ojari’s Slow Derek as one to watch back in July 2012 when it featured in the Animation category at Rushes Soho Shorts film festival:

Having toured the world since its premiere at the Royal College of Art show in 2011, Dan Ojari’s Slow Derek – a film about a man struggling with the true speed of planet earth – is an animation with a reputation quickly gathering pace. Animation is not a medium renowned for its use of the slowly unwinding storyline, but with Slow Derek focusing on a man seemingly stuck in the mundane rigors of everyday life, the confident pacing of Ojari’s short really stands out. Set in a meticulously detailed industrialised world and shot using stop-motion techniques, Derek’s world suddenly catapults into life with the simple discovery of an informational card in his morning cereal.

Dan has now released Slow Derek online for everyone to bathe in its stop-motion glory and with over 50,000 plays already on Vimeo, it looks like the short will be as much of a hit online as it has been on the festival circuit. I spoke to Dan for Short of the Week via email, last week and got his reaction to how he felt about his film finally be released into the online wilderness:

“It’s been really amazing the way Slow Derek has been received at festivals. I had so much fun last year, visiting festivals and meeting some incredible filmmakers and animators. It was a real eye opener for me, as I hadn’t really been to many film festivals before.

In terms of releasing it online, the thing I’m most excited about is people watching it! Film festivals are great and seem to be a real cornerstone of the independent filmmakers community. However in some ways they’re also quite limiting in terms of audience, both in quantity and diversity of people. So releasing it online, especially through SOTW, is really a big deal for me. I think I feel just as nervous as I did when I first screened it.”