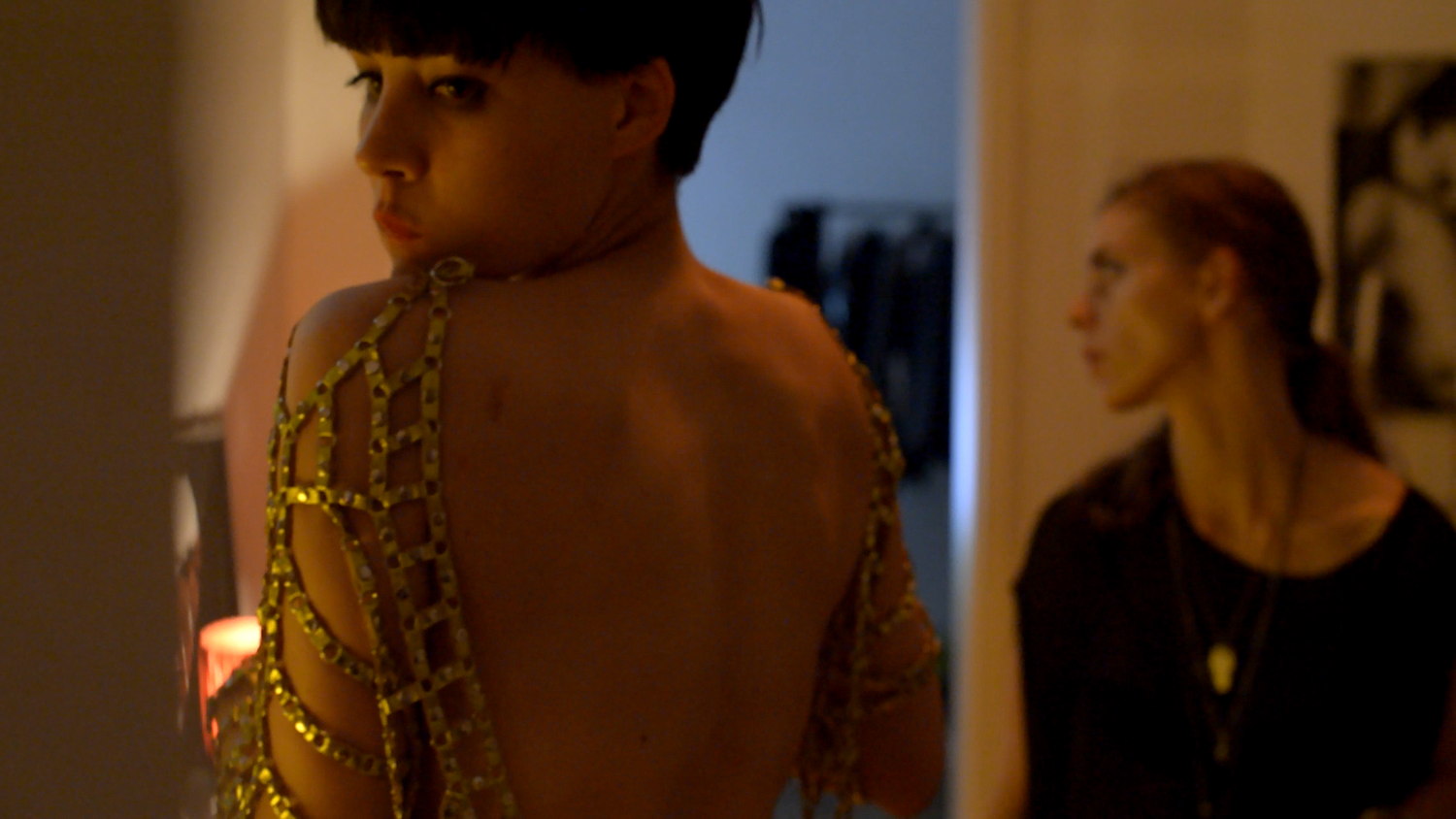 We’re big fans of the fashion film here at DN, but have to admit that whilst your eyes feast on beautifully composed visuals, your mind is often left with little of substance to engage it. Not so with prolific Berlin artist Ralf Schmerberg’s modern horror short Possession – made in collaboration with fashion label Moga E Mago – which plays out a tale of infectious obsession and jealousy against the backdrop of Berlin’s hedonistic club scene. Ralf joins us to discuss working for pleasure and opening yourself up to possibilities of varied distribution avenues.

A modern horror film unfolds during a Berlin club night. Drugs, excess and seemingly beautiful people form the backbone of the story. Two friends discover a corpse floating in the Spree wearing a most beautiful golden dress. This moment turns fatal for the two women. Driven by jealousy, envy and greed, they bring ruthless ruin to each other.