Not content with making some of the most innovative animation seen in recent years, eccentric creative-type David OReilly seems to have so many fingers in so many pies, he’s going to need to some more fingers very soon (something I wouldn’t put past him). The world’s first twitter based comic, a ‘lifestyle brand’ for teens, a creative commons 3d model of Walt Disney’s head, a time-wasting game, you name it, OReilly’s probably done it. Following on from our focus on his Adventure Time episode A Glitch is a Glitch last month, we decided it was about time we found out a little more about his work so far:

It took me a good 5 years before I ever wanted to make a film – or have any actual ideas. I initially got into it because I was amazed at the level of craft involved. You can work on something for YEARS to make it right. As a teenager I felt kind of alienated by contemporary art but animation had all these people who could draw and paint really well and I gravitated towards that.

I went to college for a year but I mostly learned while working at animation studios or just playing with software. I spent 4 years in Berlin mostly doing my own thing which was a super important time for me. It’s possible to get swept into the industry and never get a chance to do that but I’m really glad I did.

Most of my ideas aren’t pitchable and sound pretty bad on paper.

It started with the basic idea of a short film made of other short films. I knew I wanted a certain kind of tone throughout and tried to write something around that. Some ideas had been kicking around for 7 or 8 years, but most were thought up specifically for it.

I initially wrote it with Vernon Chatman, we just passed a document back and forth for couple months. I then made an animatic from it and kept refining that for a while. I had a team of 3 animators helping me, and at a certain point it was just a process of filling in the animatic with 3d scenes. None of us knew if it’d work or not and we weren’t really sure until it screened for the first time.

In a great act of sharing and community, David has recently released all 65 character rigs from The External World as a free download. But what are his hopes for what will happen to his creations?

The characters were sitting on my hard drive and I realized that because I owned them I could release them. Learning 3d is intimidating to most people because of things like rigging – so I hope this helps out those who would otherwise give up too soon.

It was strange how big that got in the festival world, it just came out of my bedroom and cost nothing. I think its success definitely made me want to switch directions and try other things. The bigger it got the more paranoid I became about not repeating myself.

I was saving it for a DVD release at some point – but as time went by I sort of went off the idea of doing one. I also saw a bunch of pieces come out that were similar – either done in the same spirit or influenced by it – so it felt like a good time to put it out there.

“I try to let the software influence the design, and from film to film I am actually learning new things and getting better at following that idea so you can see things getting more detailed and refined organically”. 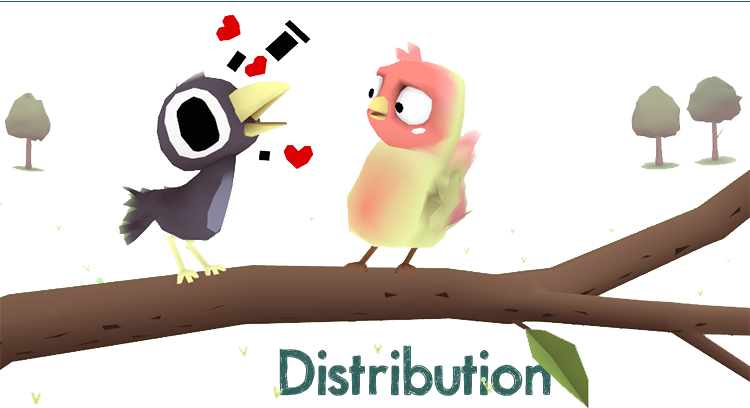 The best part of the internet has been the ability to access films I couldn’t afford or see otherwise – and more recently as a way of releasing stuff myself.

Vimeo has a community of creators and I like how focused they are on that. I only opened the YouTube account because there was so many bootlegs of my stuff on there and it was easier to control by uploading it myself, but I don’t pay it much attention because I’m competing with videos of dogs farting (no offense to the creators of dog fart videos).