Well aware of the benefits to be found in the downtime which surrounds paying gigs after his experience shooting dialogue exercise piece Charity, director Michael Sugrue knew that he couldn’t pass up the opportunity to stay in Moscow for a few extra days following a commercial shoot there and even convinced a couple of key crew members to stick around for personal project The Prodigy.

“I was researching things I could shoot while over there and of course contacted the ballet to investigate whether it could sustain a compelling short, instead of just a fluff piece about the glory of the ballet. I’m not particularly into ballet, but my background in competitive swimming drew me to the concentration and dedication unique to a high-performance athlete.”

After convincing an understandably skeptical PR woman at the Bolshoi Ballet company that he wasn’t a crazed stalker (The Prodigy pre-dated the recent acid attack on the company director) and wanted to in fact create a character study of depth on a single dancer, they together discussed who may be suitable for the documentary’s focus: 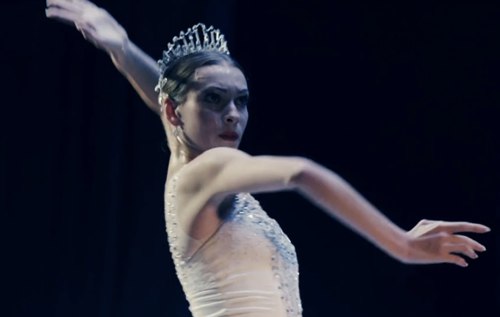 “With the PR woman, I identified a couple of potential candidates, doing further research to determine which might be the best fit. Olga Smirnova fit the bill on all counts. She’s beautiful, but incredibly focused to the point that her crazy dressing room mates do not faze her. Trust me, this is something. Everyone seems to walk on egg shells there, and personal/social drama is pretty ridiculous. We saw it firsthand when one of them came bursting in screaming at us during our interview with Olga. Not speaking Russian, I was able to simply play dumb much of the time. With a careful journalist’s eye on not exactly getting in the way, I was able to follow a little closer and maybe get a little more access simply because nobody told me “nyet”. I discussed this common approach with my producer Fyodor, and he was completely on board to facilitate it, whether guiding me to something he overheard in Russian, or running interference while I pushed on.”

The team were granted shooting access for two morning sessions and two performances, but were unable to secure permission to film Smirnova away from the Bolshoi, where Sugrue had hoped he could fully round out the portrayal of her life as a dancer. This limited performance access came scarily close to being even more reduced when Sugrue accidentally formatted, and began shooting over, a Red card which hadn’t yet been offloaded whilst walking with Smirnova as she moved from stage to dressing room. Miraculously, proving his chops as a Russian cyber-sleuth, AC Dima Solovyov was able to bring the ‘lost’ footage back from the brink, to much relief. Avoiding further calamities Sugrue moved into post, working with a paper edit of the transcribed interviews with Smirnova and her coach:

“I then played around with the order and flow, knowing that much of the short film would be driven by b-roll and score. I tried to hold on shots much longer than I normally would have, knowing how much I enjoy studying the frame when given the opportunity. This is quite against my instinct for the commercial work, but much more inline with what I like narratively.

I hooked up with the composers via the internet. Patricio Jose Sanchez’s track is the main undercurrent, and Steve Nossiter’s is the part during the performance. I worked especially close with Steve to make sure the beats and edit were paced to enhance each other. It was a really fun shoot, and I’m really glad I stayed a couple of extra days to shoot something for myself.”