Superplus Capture the ‘Soul of Design’ for 13&9

After coming across the intersection of living canvas and geometric light show to promote Austrian design label 13&9 earlier this month, we asked the folks over at Superplus to give us a peak into how they went about creating the abstract piece.

“The video is part of an overall concept for 13&9 design that revolves around the soul of the design itself. As we have been supporting the label from the very beginning, the conception phase was also a collaborative process of discovery with the owners, focussing on the true essence of their brand.”

That ‘brand essence’ is a core value 13&9 extended beyond their visual work with Superplus and into the musical realm with their electronica DJ mix project:

‘This exclusively produced 13&9 music album is the result of a cooperation with DJ and producer SEVERIN SU and takes us on a musical trip through a broad band of electronic music genres including chillout, house, nu jazz and deep tech etc. It is an artistic interpretation of the label philosophy symbolizing the holistic interdisciplinary approach of 13&9 and is available to everyone as a free DJ mix download.’

So how did Superplus go about communicating the label’s core philosophy through their visuals?

“We wanted to capture the contrasts found in 13&9 design (man/woman, black/white, angular/curved) and present them timelessly in the video, reducing the broad product range to the very core of any design, namely points, lines and surfaces.

Everything in the video comes from the brand itself. We didn’t want to add or invent anything that didn’t already exist. Even the use of dancers as a neutral projection surface – representing the idea (or soul) of the designer – stems from the history of 13&9. 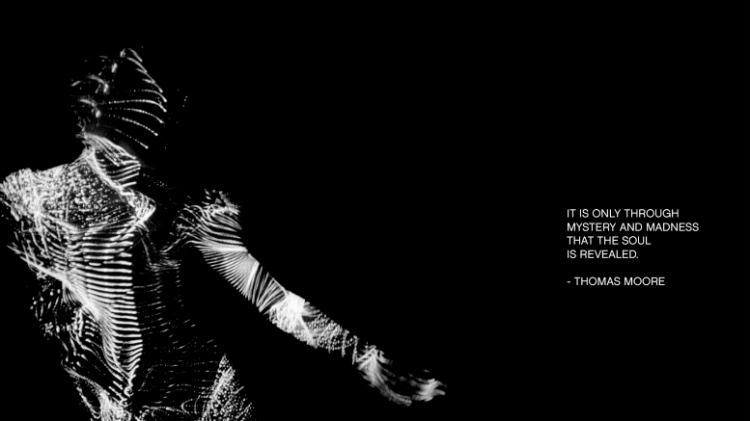 Moreover the video pays homage to great thinkers such as Walt Whitman, Thomas Moore and Johann Wolfgang von Göthe, whose thoughts on the human soul are displayed as projected extracts in the video.

We knew early on that instead of taking the usual approach of relying on post production techniques we wanted to work with typography, graphic design and animations live on set. As a result, creating these projections and carrying out the tests and rehearsals was the most important and time-consuming part of the collaboration after the concept phase.

The video was filmed in one day in a studio with minimal basic lighting and a powerful digital projector. The projections were in part adapted and edited on set.”