Oxyana – A transition from Short Film to Feature with Sean Dunne 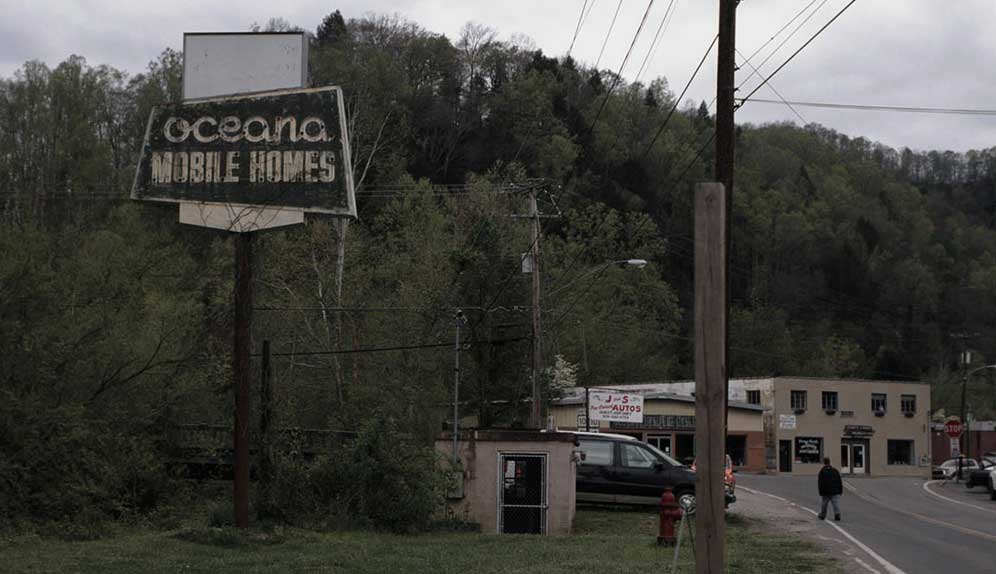 With Oxyana having won the Best New Documentary Director award at this year’s Tribeca festival, DN favourite Sean Dunne looks to have made the difficult transition from short film to feature with striking results. First featured on the site over three years ago, when we discovered his engrossing short documentary work on Vimeo, we were instantly impressed by the director’s ability to combine strong visual style with a consuming narrative. Since those initial forays into filmmaking – The Archiver (an exploration of the world’s largest record collection and its owner) and The Bowler (the story of a larger than life bowling hustler) – Dunne continued to impress with two further shorts; Stray Dog (the tale of a country-music legend turned long-distance runner) and American Juggalo (an investigation into the often misunderstood Juggalo subculture). But how did the director’s talent for shorts translate into the world of bigger budgets, larger crews and longer productions?

Tucked in the Appalachian mountains of Southern West Virginia, Oceana, is a small, once thriving coal-mining town that has fallen victim to the fast spreading scourge of prescription painkiller Oxycontin. As the coal industry slowly declined and times got tough, a black market for the drug sprung up and along with it a rash of prostitution, theft and murder. Soon its own residents had nicknamed the town Oxyana and it began to live up to its reputation as abuse, addiction and overdoses became commonplace. Oxyana is a harrowing front line account of a community in the grips of an epidemic, told through the voices of the addicts, the dealers and all those affected.

Described as “this incredibly beautiful place, with amazing people” by one its inhabitants, Oxyana is the harrowing tale of a once peaceful community caught in a drug-fuelled free fall. Likely to be one of the most haunting and immersive documentaries you’ll see in all of 2013, Dunne’s feature grips tight within its opening 60-seconds and doesn’t relinquish its dizzying grasp for the following 76-minutes – I honestly couldn’t turn it off until the final credit rolled. Regular collaborator Hillary Spera (Dunne’s cinematographer since The Bowler) once again provides some solid cinematography, whilst Jonny Fritz and John McCauley score the film with a moody, pulsating soundtrack, adding to the ominous tone of the film. When those two elements combine with maximum effect, the result is a hazy, almost Lynchian experience – the camera rolling through the dark, small-town roads of Oceania as guitars mournfully wail over the top.

Aiming to provide an insight into a community that represents everything that’s gone wrong with the American Dream, Dunne describes Oxyana as a story he had to tell. Talking to residents of Oceania, ranging from a homeless ex-miner to a concerned mother, the director observes his suffering subjects with consideration, never berating or belittling their circumstances. Whilst at times hard to watch, Oxyana provides a brief glimpse into a world riddled with pain, that many outside of West Virginia would remain ignorant of were it not for the film. Dunne should be saluted for delivering such a raw and powerful movie for us all to experience.

With Oxyana now available through Vimeo on Demand (for a very affordable $3.99), we caught up with Dunne to talk about how he handled the transition from short to feature film and explore his views on crowdfunding, budgeting and distribution:

I know you funded the film on Kickstarter – where you raised $50,000 – how did you find the Kickstarter experience?

Bitter sweet. Kickstarter turned out to be a great tool for someone like me. I needed to be convinced of that before diving into it and they did a great job of easing us into the whole process. I’m not sure why but the whole idea of crowdfunding made me really anxious, like we were exposing ourselves too much during a really vulnerable point in the production. It turned out to be a blessing though, it was valuable PR that we would have never had otherwise. Kickstarter gave us our initial exposure and with that came an engaged audience, so it served a huge purpose for us beyond just the funds it provided.

I’m assuming this is more money than you had available on your previous productions, how did you go about managing a larger budget and did you feel more pressure with more money available?

With my previous films there wouldn’t necessarily be a budget. We would just jump into it and I would pay for things as they came up, but it never amounted to much as they were short films that didn’t require huge crews. With Oxyana we were living in West Virginia with an entire crew for over a month. Things really start to add up in that situation. The money part can be really stressful, so I left all that stuff in the very capable hands of our lovely producer Cass Greener and she was able to get the most bang for our buck. But yes, we did and do put a lot of pressure on ourselves to come through for the people who believed in us early on and invested in the project. The thing that sucks is even with certain successes, I don’t imagine finding money for these things is going to get any easier as time goes on.

With Oxyana sporting a longer crew list than your previous work and the duration running in at 3 times the length of your longest short, production from planning to post must have been a much more demanding process. How difficult was it making the jump from short film to feature and did you learn any vital lessons along the way?

“The whole process of making this film has been one big long vital lesson. Creatively we approached this very similarly to how we did the short films, stay simple and stay in the moment. But the whole process was way more involved than anything I had done before. There was also a lot of outside pressure with this one because we were tackling such a sensitive issue that affects so many people. It made it feel like there were more real life consequences with Oxyana and we took that seriously from day one.”

Oxyana has tasted success at Tribeca and is now available on Vimeo on Demand. Did you have a set plan for distribution with your first feature and how has distribution differed from the releases of your previous short film work?

I got my start by making short documentaries and putting them out through Vimeo. For me it would have taken a lot of convincing not to do it that way with Oxyana. Tribeca really put this film on the map. They were early supporters and we were lucky enough to get some good recognition and win some awards for Oxyana at the festival this April. That opened a lot of doors and got the film a lot of attention from distributors. Ultimately though it was important for us to retain ownership and creative control over the project and now with resources like Vimeo at our disposal I couldn’t see a reason not to do this.

We literally finished the film in April and we were able to get it to the public by July. We weren’t seeing any other distribution method that would have gotten Oxyana out to the masses that quickly and with a project like this there is a sense of urgency to get the message out in a timely manner.

Whilst we can now add Dunne’s name to those of Fede Alvarez, Spencer Susser, Nash Edgerton and Keith Bearden in the list of directors who have made the jump from the short format to feature, only time will tell if this initial success translates into a lasting career. And if you’re a filmmaking considering following in the director’s footsteps, he’s got one last piece of advice for you – “Don’t ask permission, just fucken do it.”