Danny Sangra Captures Grief’s Oscillation of Emotions in ‘No Aloha’ 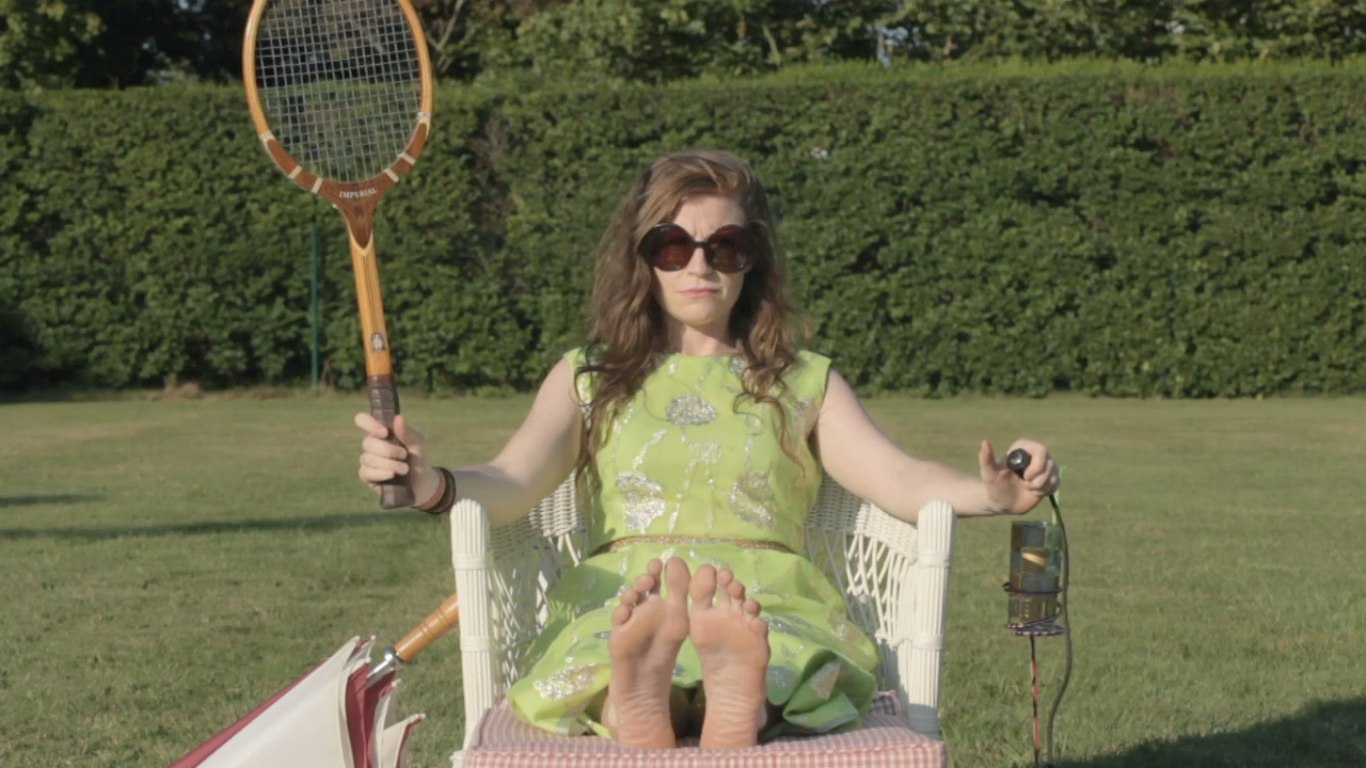 I wrote the story about a month before we filmed it after my father passed away. There’s a wide shot of Kat ‘playing’ tennis. On the ground there’s scattered tennis balls. They are actually in a Gemini constellation which was my dad’s star sign.

It was filmed on a Canon 5D MKII with Zeiss lenses. We actually filmed it last summer (2012) in Quogue, New York. My good friend Andrew De Francesco shot it, I love his photography because he often uses natural light. I didn’t have any budget so I knew we couldn’t get any lights or extra equipment. All I had for sound was a trusty Zoom h4n recorder, we did the best we could with what we had at the time.

There were only four people involved in the filming. One of which was actress Kat Clements. It’s actually her family home so that’s why she was so comfortable in that surrounding. Also, all of Kat’s clothes were either her own or her mother’s.

Kat and I worked together on her role and parts of the dialogue. We’ve done a series of fake documentaries where she plays a performance artist called Anne Margolis. We improv alot of it so with No Aloha it was very comfortable from the beginning. She organised getting the voicemails while I came back to London. One of the voicemails is her mum, another is Andrew’s dad.

Once I got the footage I cut it back home in London. There were two scenes cut. One when she’s out cycling she steals a painting of a lion in deck chair. The other cut was when she copies the dance routine from Bande à part. It didn’t add to the story and made it a bit too quirky.

I have a good friend in Madrid (J M Saundios) who made the music score. He then managed to get Pablo Aset Rodriguez to build the sound and SFX. Pablo had to re-record pretty much every sound that happens in the film; there are photos of him knocking around helium Hello Kitty balloons just to get match sound for the dolphin balloon. The colour grade was done by Jack McGinity who I’ve worked with on almost all of my videos, commercial and non-commercial.

The name ‘No Aloha’ came from my favourite Breeders song with the same title. It seemed fitting for the story.