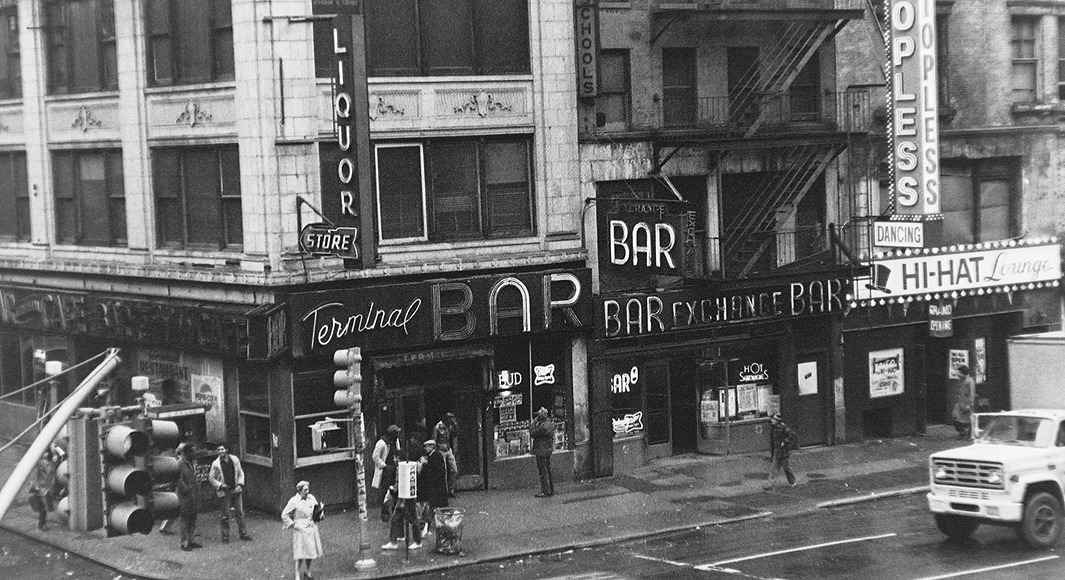 When we invited Stefan Nadelman to join us on the podcast back in 2008 for a chat about his debut music video Evil Bee, I simply couldn’t pass up the opportunity to spend the first third of our time together discussing his stunning ‘interview meets motion graphics’ documentary Terminal Bar.

The 22 minute film has resolutely remained one of my (and many others’) favourite shorts of all time and whilst the intervening years have seen brief jaunts into the street level bar of colourful characters make their way online – Porters, Bouncers, and Bartenders and Pimps and Prostitutes – if I felt like fully dipping back into the bar where I’d hope no one knows my name, then it required my pulling the Cinema16 DVD off the shelf. That is until a HD copy of the 2003 Sundance Jury Prize winner finally snuck its way online; so you too can now pull up a stool and meet the regulars of the famed down-and-out Times Square watering hole.

If that’s left you hankering for more tales from the Terminal Bar (how could it not?), take a look at the action going down by The Garbage Can: