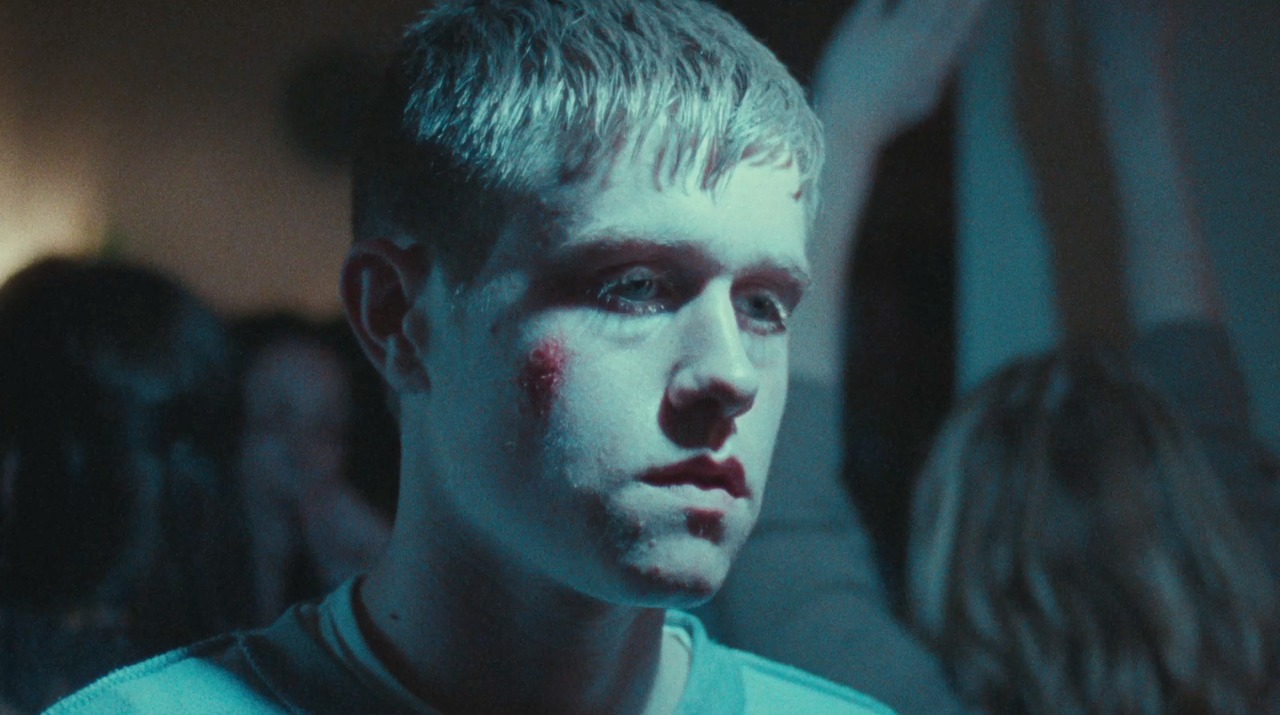 Although we pride ourselves at DN as being passionate supporters of emerging talent in the world of independent film, it’s impossible for us to keep track of every new director producing notable work and every now and then a filmmaker we really should have featured slips through the net. Nick Rutter was one of those directors – with a back catalogue of 40+ videos on Vimeo including possibly the first ever music promo centred around a gimp love story and a nightmarish vision of dying rabbits.

With a viewing of his work still fresh in my mind, I dropped the burgeoning filmmaker an email to find out more about his route into filmmaking, his production methods and his latest work:

Aged 17, I quit a shabby media course for an opportunity to work as a runner in Soho. I got onto my first film set and things kind of zigzagged from there. I basically kept working as an assistant in the industry, whilst making little films on the side until somebody noticed me. I can’t say filmmaking is the only thing I saw myself doing, I’ve pursued music, theatre, photography and art but I always had a film camera around me in some capacity. I think my relationship to filmmaking has adapted and changed many times, but I still remember the feeling of being seven and making silly films with my dad’s Hi8 camera and that pure allure of filmmaking has stayed with me ever since. Each film must be a new challenge and experience and it’s got to be like that for me to stay enjoying making films; it’s serious fun.

It was Nick’s latest short Chrysalis that finally made us aware of his work, its striking yet gritty visuals, unusual plot and distinctly British feel ensuring we wanted to learn more.

It’s essentially a silent film, with a soundtrack composed by Lapalux. The story is set in a small town in rural England; reflecting misspent youth and loneliness. It follows a troubled youth, Alex whose longing to be noticed results in him literally physically decaying in an attempt to express his feeling and gain a particular girl’s attention.

Chrysalis is a film that seems to straddle genres, feeling two thirds gritty urban drama and one third science fiction fantasy, was it always the plan to make a film that crossed genres or was that something you didn’t even consider when making the film?

When I started writing this idea I wasn’t consciously aware that’s what I was doing. I had an image in my head of a character that was physically breaking apart at a party, yet everyone was ignoring his decay. I wanted to show the physical manifestation of his emotional mind. I fixated on him acting amused and intrigued by his decay, rather than pained by it; this I suppose is a mixing of fantasy within a real situation. So yes I was mixing genres now I think about it. Maybe I’m onto something.

Chrysalis has a very distinct look and unique atmosphere. How much of that was down to pre-production planning and how much happened organically during production and post?

I prepared the best I could with mood boards, film references and storyboards – they act as a starting point in meetings with cast and crew. A crucial pre-production moment was the technical recce where the crew and I walked through the locations and worked through a shot list for each scene. Making an early decision to shoot on 16mm was a choice that defines a certain look. We had four or five location moves per day so we really had to move quickly and this dictated the approach to the camerawork, making handheld an economical choose. The cinematographer, Ben Fordesman [whose work DN readers might recognise from Darwin Deez: You Can’t Be My Girl and Cool Unicorn Bruv] and I approached the camera style based on the character, we decided to always be following the lead character with the camera so we’d see the world from his perspective – if we entered a room we wanted to be experiencing the scene at the same time as the character does. However much you plan things though, there will always be changes and developments when casting, location scouting and shooting come into play and it’s inevitable that there will be unforeseen limitations along the way. On the shoot we we’re working with lots of non-actors so they tensed up when the camera moved near them, I had to trick people into thinking we weren’t shooting to try and capture natural background action. We’d set up the action up for real and just film it like a documentary. Then when it came to the prosthetics and the make-up things took forever to prep so we could only shoot it in linear order. This proved to be a nightmare when scheduling, as we we’re locked into shooting in script order. All these things determined the overall look and atmosphere.

Can you tell us a little bit about the resources you had available to make the film – what kind of camera did you use, did you have a budget available, what did you edit on?

We had a really small budget. So I persuaded my mum to let my younger brothers throw a party in her house and then I basically infiltrated all their mates to be in the film. I spent as much time as possible politely asking friends for help, I did all the casting and location scouting on my own and I made sure I put the time in to find some brilliant spaces and talented actors. On the shoot everyone had to pull together – the producer was doing the wardrobe, I was my own first AD and my amazing girlfriend did most of the cooking. At my mum’s house most people slept on the floor or top and tailed it on the couch and keeping the crew fed and warm over a two-day shoot wasn’t easy. I don’t think they’ll do it again. I won an award with Fuji for my short film ‘The World Turns’, so they kindly helped me out with the film stock and got me into the last ever bath at Technicolor. The Mill who have been consistently supportive of my low budget work transferred the rushes and Luke Morrison finished it all with a brilliant grade. I edited with the awesome Gary Forester on Avid at Marshall Street Editors, who are the nicest guys in town. Basically, I worked really hard and had big support from friends, family and production company Sonny. Big thanks to them all. Especially my producer Judy Vermeulen.

The film features music from Lapalux, an artist you’ve worked with before, what do you think his music adds to the film?

Lapalux’s music was part of the original inspiration for this film; our collaboration was pivotal in the coming together of this project and we knew we wanted to work together again after I made the promo for ‘Without You’ from Lapalux’s début album ‘Nostalchic’. This time I wanted to try something more experimental and make a music video in reverse; we had some discussions prior to the shoot about mood, tone and themes and then I went off and shot the film. Stu (Stuart Howard – the man behind Lapalux) worked to a rough cut and came up with something brilliant, we then made a couple of tweaks in the edit and it all naturally came together.

I’m writing a 30-minute drama that I’m planning to shoot at the end of the year. It’s a physiological revenge story with a twist. I’m excited about this new project, yet am still looking for some finance……anyone? Hahaha…