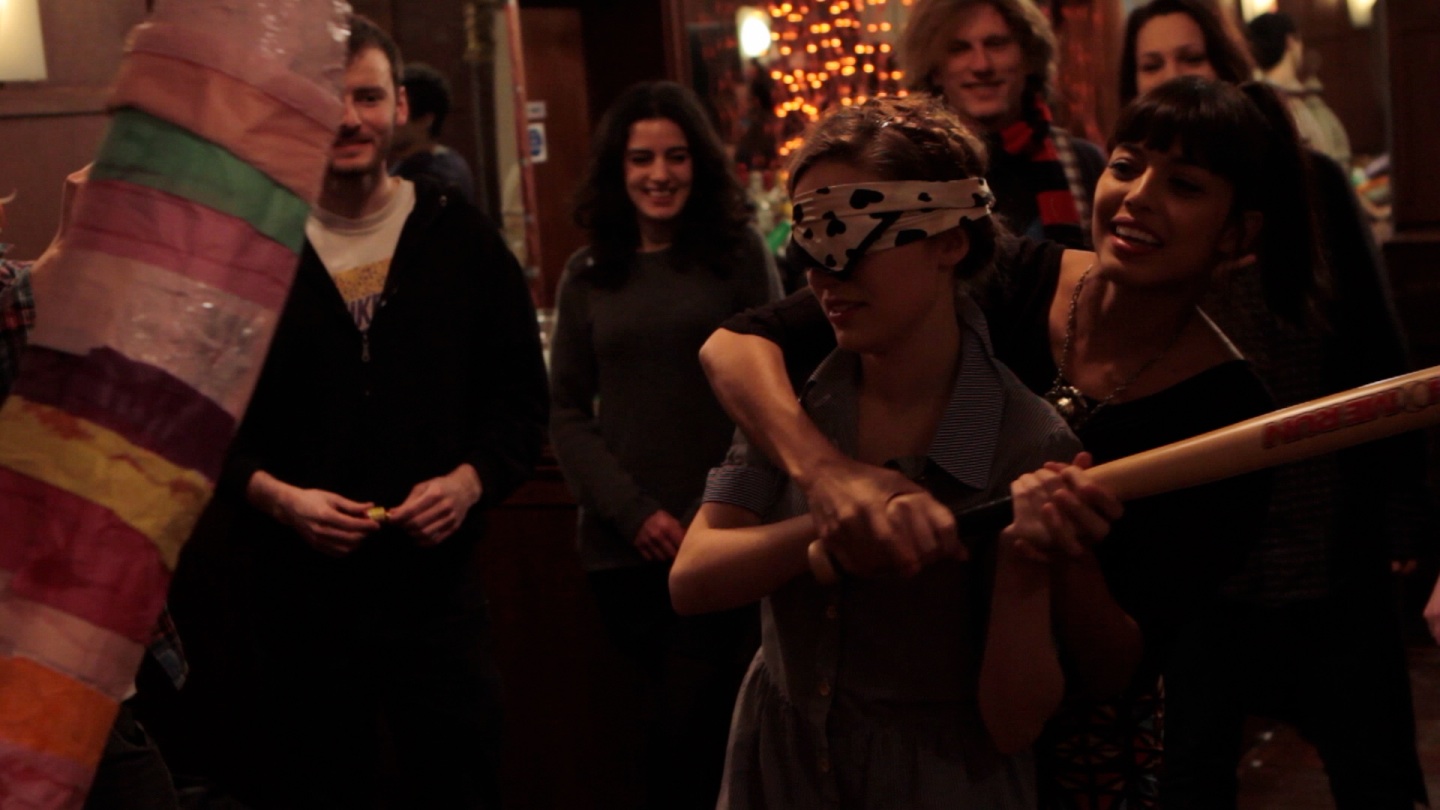 For some of us there comes a point when the annual occurrence of a birthday becomes less about jelly and ice cream or a night of alcohol infused revelry and much more of a maudlin affair, in which the present is gaged against the plans and hopes our past selves projected into the future and found wanting. London director Charles Chintzer Lai joins us to discuss how he brought his own feelings of birthday woe to new short Blue Monday, which landed on NoBudge this week for its online premiere.

What was the inspiration for Blue Monday?

I was going through a period of several months where it seemed like birthdays were no longer fun for people in my social circle. Birthdays were becoming more of a milestone and a reminder of one’s underachievements relative to their ambition. It’s a day when we take stock of our lives. I had some feelings of failure and disappointment and making the film was a way of confronting things that were weighing me down. It only took me a few days to write the film. The scenes are all dramatisations of events from my life, so writing involved mostly replaying conversations between my friends and I.

How did you prepare the cast for their roles?

I was striving for emotion and authenticity and wanted to give my all to the actors. For me, casting is the most important part of the process. I looked at hundreds of young actors and just fell in love with Josephine Starte, Harry Kershaw, Sean Hart and Helen Cripps in the main roles. Once we had the cast, I worked with them for a month to develop characters that had distinct nuances and behavioural tendencies – we really wanted to understand these characters’ motivations, what they would do in any situation. During the shoot, I wanted to create an environment for the actors to feel free. I told the actors to not be afraid to take risks, to be spontaneous, in the moment.

What gear did you use on the shoot?

The shoot took 7 days and was surprisingly efficient, thanks to my wonderful team. We used a Canon 5D and 7D. My DP Pablo Rojo operated one camera and I operated the other. Having two cameras gave the actors greater freedom and allowed them to stay focused on creating a moment rather than replicating a specific performance. Also, for the final scene, we used a GoPro that we strapped to Josephine’s head for the POV shot. It took about 25 takes to get that right. Bless her. 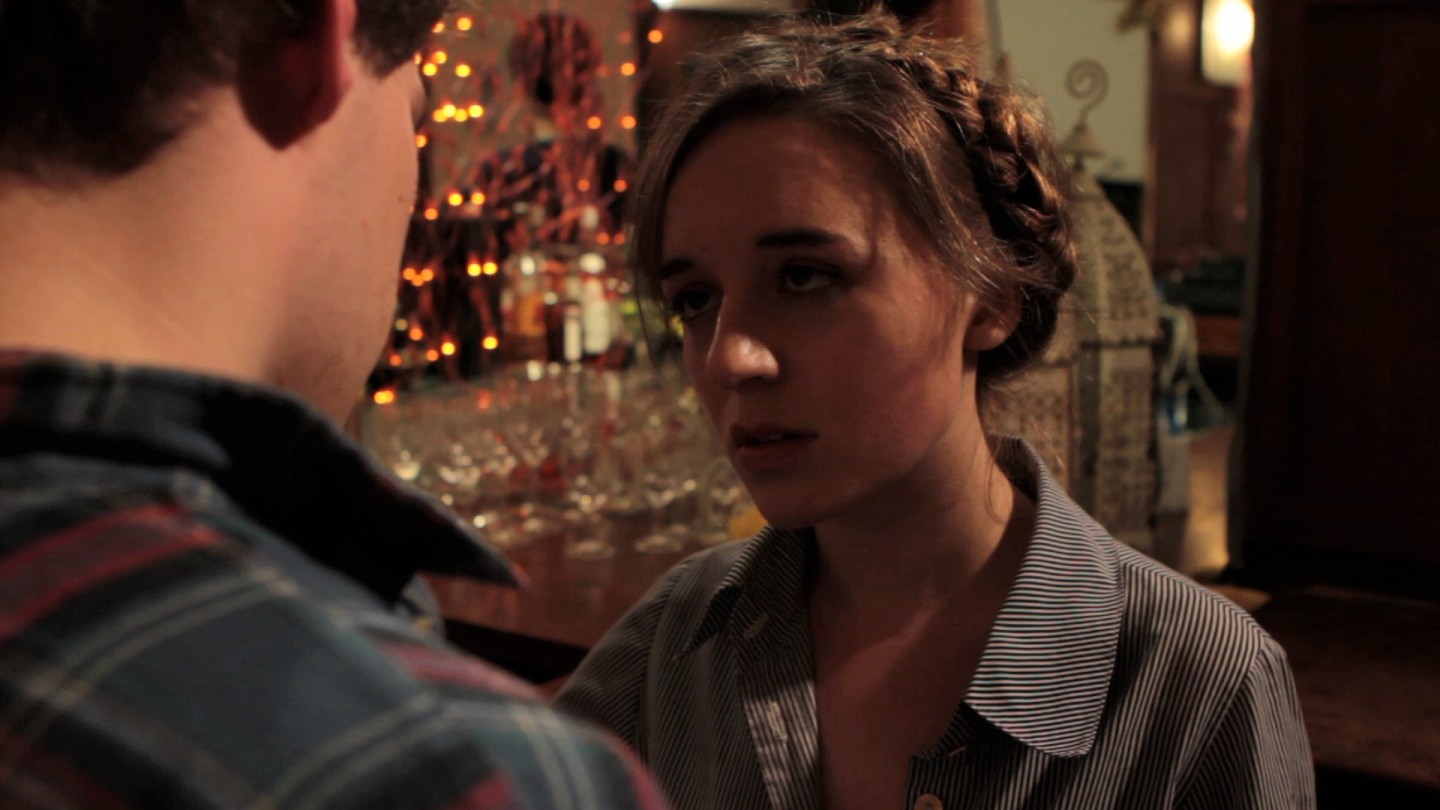 There was very little post involved, as I wanted to make this film during the shoot as opposed to the edit. Editing the picture took about a month. I’d scripted the cut points in advance of the shoot, which enabled us to not shoot much coverage. I also prefer not to cut between different takes, as maintaining the energy of the moment is important to me. The final steps were sound editing, with Marc Specter and Jake Whitelee at Sound Disposition and composing the score with Verity Susman of Electrelane. They all really elevated the film and got it to completion with a few weeks of work.

Blue Monday had its online premiere at NoBudge, how did that come about?

I have been following NoBudge for the past couple years and have consistently enjoyed the films they’ve posted. Kentucker Audley has been such an advocate for true independent films and I felt that NoBudge would be a good spiritual home for Blue Monday. The premiere came about pretty quick and easy, as I submitted the film and Kentucker seemed to dig it. Quite thrilled to be involved with NoBudge.