Presuming you’re not currently reading this on a miniature screen, I’m betting that you’re no more than 30 minutes from your last interaction with a smart phone. I’m with you in my mobile addiction; ruled by notifications, repetitively sliding to unlock and the sweaty palmed anticipation that roles around every time rumours of a new announcement event hit the news feeds. But in the eternal quest for faster and better, have you ever paused to consider the feelings of those spurned handsets we once showered with our idle minutes? It’s something that’s occurred to director Jon Dunleavy, who has created a doomed romance between a mobile phone and a pretty young hand set to an infectiously jaunty, and slightly blue, track packed with humour for his new short Obsolescence In Love (The Ballad of SmileyFace). We asked Jon to takes us through the process.

The film came about as I was looking for a simple idea that I could make comfortably in spare time between advertising jobs, I was looking to make a web friendly, short and snappy (60-90 second) film that I could create on next to no budget.

Cut to 18 months later and I have only just finished the film. That’s the way of the short filmmaker I guess, glad to be busy in the day job! The upside of this long gestation is we came up with the odd joke here and there that the extra time allowed us, my favourite being the visual pun ‘Carphone Whorehouse’ which is glimpsed for about one whole second. 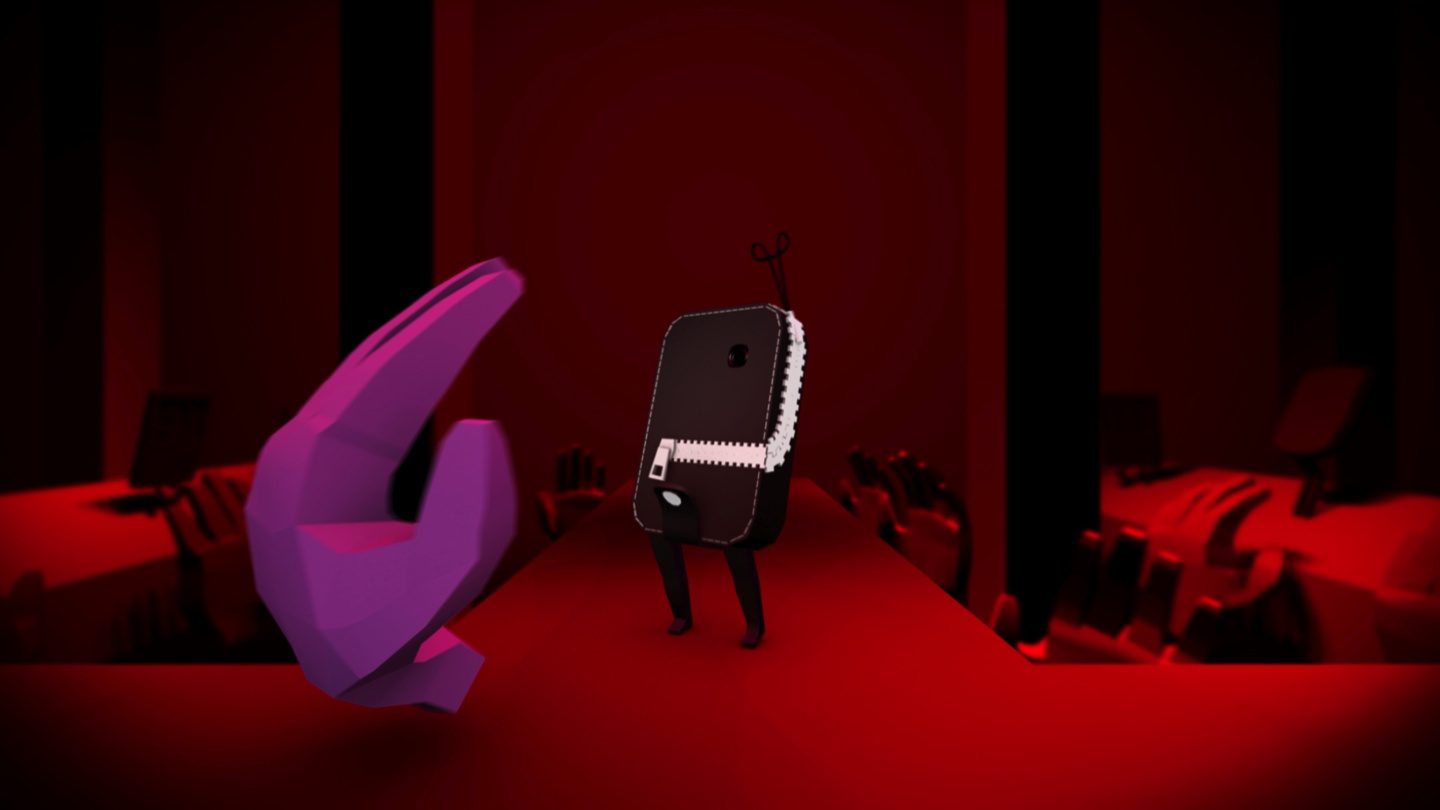 I had worked on a commercial for a phone company and started doodling phones with personalties and started to flesh out the characterisation between a Blackberry being a swanky suited business guy and an iPhone being a smug so and so.

The idea of obsolescence in phones as the theme of the film came from my causal enjoyment in gadgets; namely the annual geek-fest that is the Apple product launch, coupled with my fear of forking out a small fortune for something that will be upgraded sooner than I could work out how to use it.

The next stage was figuring out how to give the film a narrative arc. It soon dawned on me that a love story was a great format for symbolising our “relationship” to technology (see what I did there?).

Two of my previous films have used poetry so it was a natural evolution for me to create a song. I was more confident writing lyrics within the framework of a song, where as I had to collaborate with fantastic poets for the narration of my previous films.

The collaboration on this film was with Russell Paye, (aka Shrooty) who works with Tandem Films creating music and sound design for films and commercials. We had a lot of fun moulding a song and structure for the film and it was in this process that we discovered how to end the film.

I forget which writer/director said you don’t know your film until you know your ending, but it’s so true. I had multiple endings on the theme of obsolescence combined with a love story; the phone running off with another hand, the phone partnering up with another phone (bit inappropriate if you think it through), but the one that we kept coming back to was the visual of the land fill/rubbish tip – a fitting ending for a film about obsolete technology.

My reservation about this ending was that it was not eventful enough, the idea of the central character just giving up felt flat as an idea. But the film is so quick and knocks you over the head with gag after gag that it didn’t need to be the most action packed ending, it just needed to resolve in a way that felt right and Russell and I agree that it feels like the only choice now.

This is the first film I have made with the web as the main audience as opposed to the film festival circuit, so it is nice to get the film out there and get nice feedback.

When you don’t have funding or a producer or exec you don’t really have that person questioning the decisions you make, so it’s nice to get feedback and discover that I wasn’t completely off my head when deciding to have an annoyingly voiced character sing an innuendo laden song about falling in and out of love with a disembodied hand. 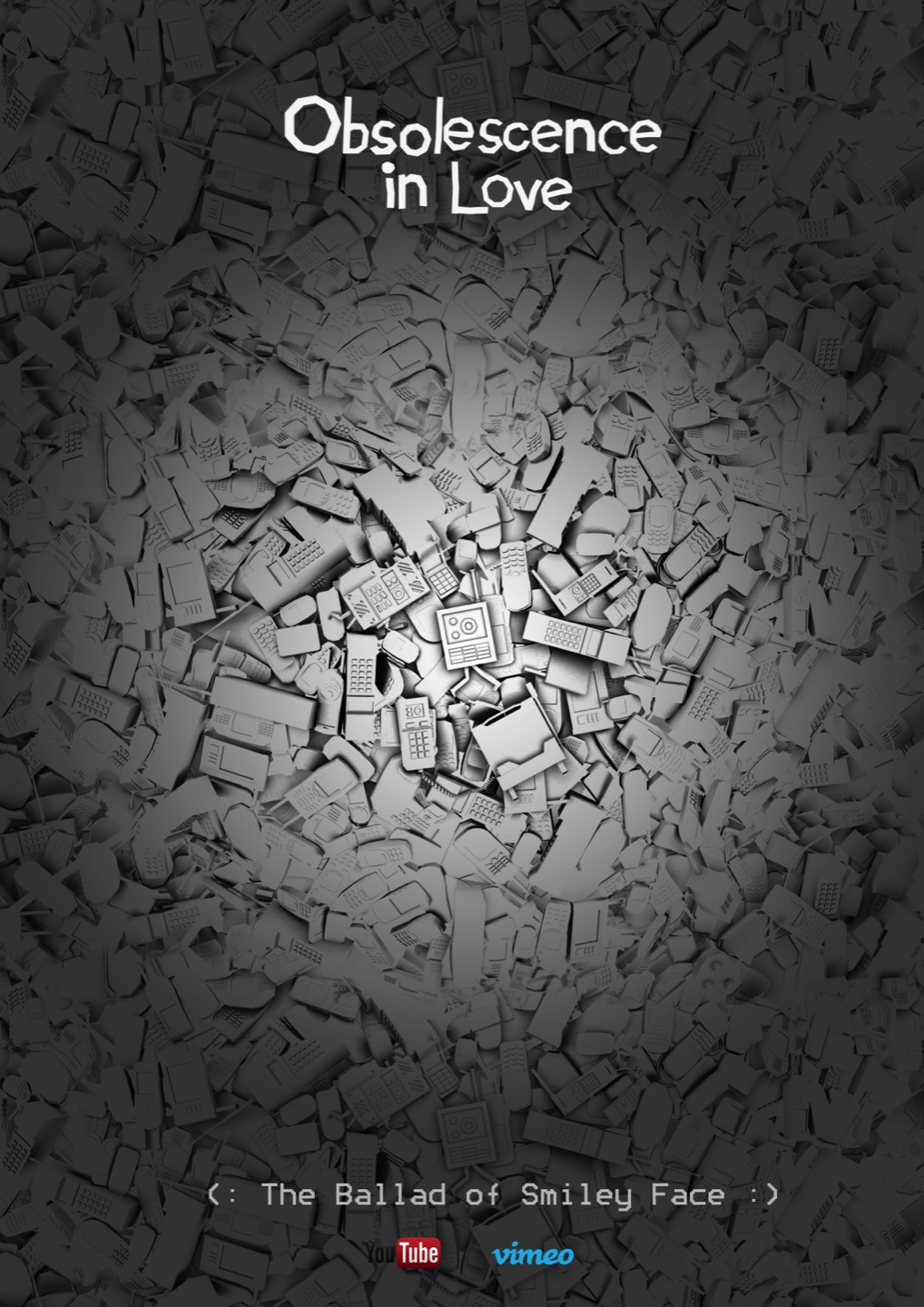