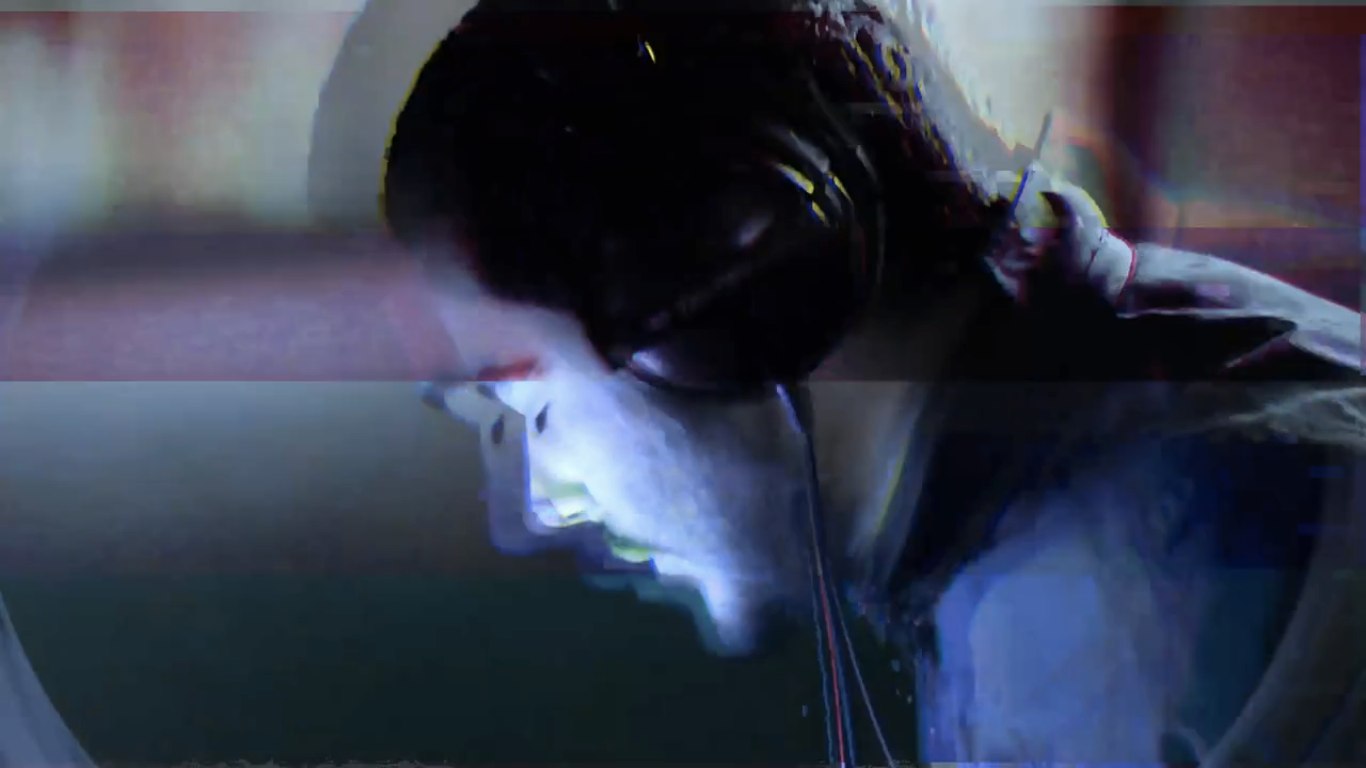 In his video performance piece created for electronic music project Tegh, Iranian computer artist and visualizer Ali Phi deconstructs the musician’s original parking complex performance of Inside – itself inspired by the machine based life of our era and built on a foundation of computer coding and digital sound process – and reassembles it as a layered, self-referential film which evolves into a particle landscape as it progresses. We asked Phi to guide us through the film’s digital progression.

“The first part of this music video starts with 8 layered glitches and noises which act with changes of sound frequencies from the music. The second part illustrates the birth of a particle system and its evolution using visual coding technics; the particle system parameters in this section are controlled by frequency changes of sound. In the third part mixed technics of the previous two sections are used. Real-time image processing produces a randomly edited sequence of videos synced with the tempo of the music, merged on the completed particle system from the previous section which now connects some points included in that system with a simple line and illustrates a virtual sphere in the heart of chaos. The film was made with a Canon 7D DSLR camera and visual coding, sometimes recording edited videos from a LCD display and merging that with the original video.”