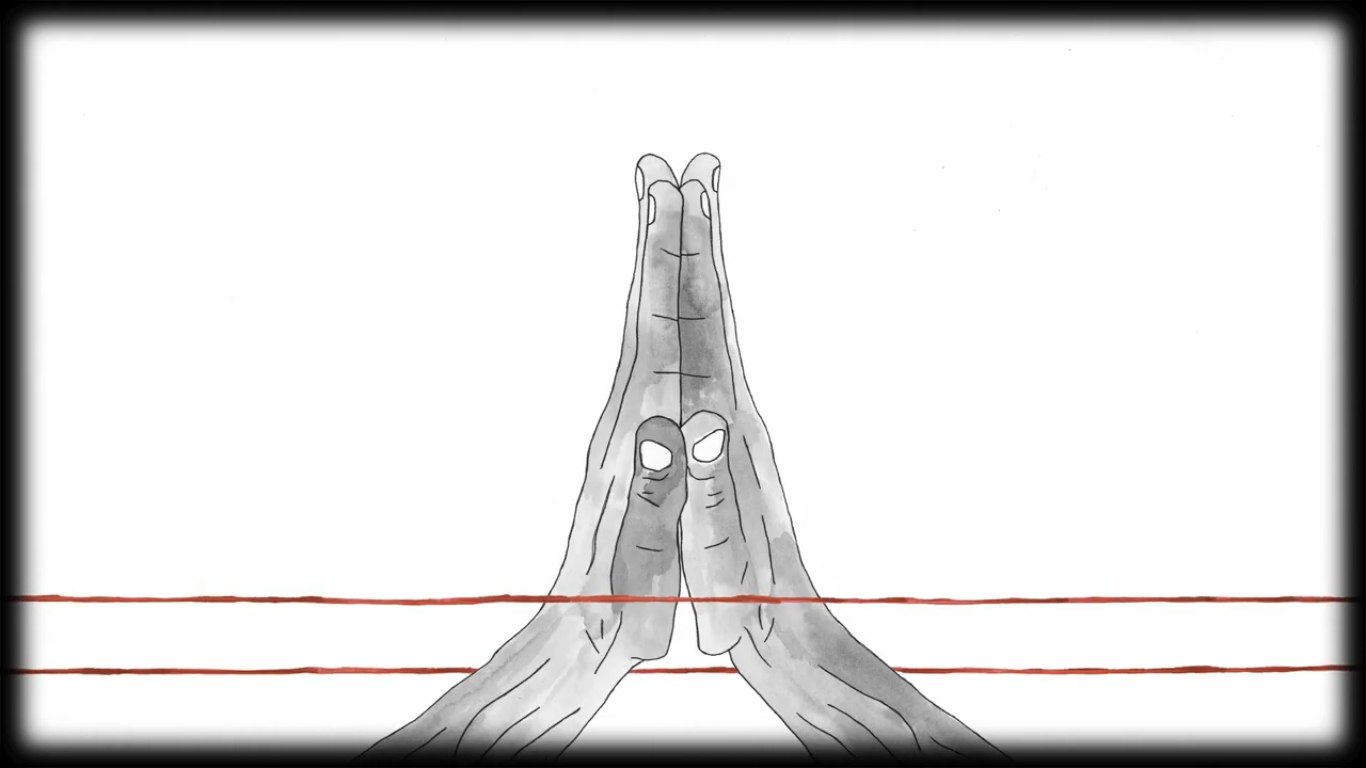 Commission by his hometown audio/visual festival Fuochi Fatui to create a looping one minute film, Emanuele Kabu’s animation Mail speaks to that dark fear which resides deep within many of us that inspiration will remain elusive and anything we do turn our hands to will ultimately turn to shit.

“I realized ‘Mail’ trying to reason in an ironic way on my last 6/9 months of life. It is an email that I could really have sent to my friend Marcello. Regarding my inspiration for the film’s design, it is exactly as I say in the video .. I had the idea of hands .. I heard the song by John Grant (initially I wanted to use the words of the chorus of that song), and the rest came by itself. I sketched the animation in Flash tracing a video of my hands. Then I printed each frame and painted them with brushes and pigment ink. I then scanned all the drawings and edited the video adding a soundscape and my voiceover.”