To call myself a fan of the work of The Moth Collective would be like calling myself a fan of beer, the internet or oxygen. Not only is the work of this collective one of the reasons I started to write about animation on DN, it’s also one of the reasons I repeatedly slap myself in the face for not deciding to study animation. Consisting of animators David Prosser, Marie-Margaux Tsakiri-Scanatovits, Daniel Chester and sound designer Joe Tate, this filmmaking team combine to create visually rich animations that tackle intriguing concepts and share important messages. Speaking to DN about their latest project Amazonia Security Agenda, a stunning informational film about the importance of the Amazon region, our Moth-ster friends give us an insight into working on a film with such a meaningful story to share.

How did you come to work on this project?

The Global Canopy Programme got in touch with us earlier this year, they wanted to make a film to accompany a report they were preparing that discusses the Amazon’s importance to the region for things such as health, water and national security.

It’s aimed at both Latin American politicians and the general public, so instead of an info-graphics film, they wanted to create something with more of a narrative feel, not just statistics and maps.

How important are these kind of briefs for your collective? Is there an extra sense of reward and achievement for making a film with such an important message?

We never intentionally set out to look for work of an environmental nature, though it seems that there is something about our work that attracts these projects. Needless to say, it gives us great pleasure to be able to produce something that could help make a difference somehow. Probably our proudest moment to date was rejecting a project for a large oil company, so we are making a stand in a small way!

What can you tell us about the brief? How much freedom did you have with the visual style of the film?

From the first meeting, they communicated their connection to our work and their trust in what we do which creates a good foundation for collaboration. GCP gave us a rough script, and we worked with them on the visual ideas and how to translate it into a working film. The design was left to us, and luckily GCP shared our vision for it too. 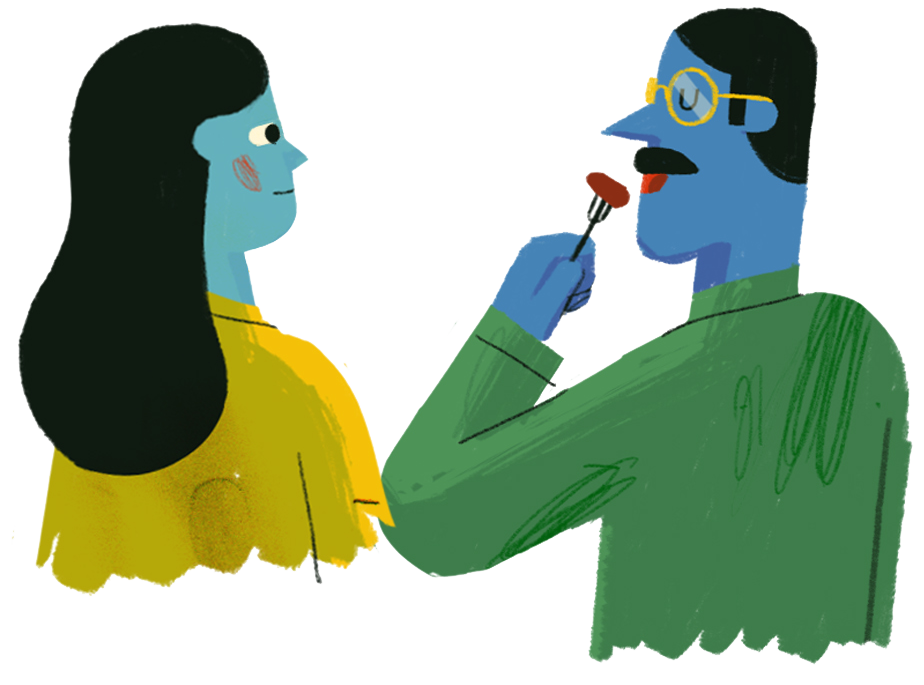 As big fans of your individual short film work, bright, vivid colours aren’t something I generally associate with the “Moth style” (if there is such a thing), but they play an important role in this latest work. How did you go about selecting your colour palette and how important is colour in this film?

The work we have produced so far definitely had a quality about it that referred to our earlier films, but that often happens when clients approach you with a specific reference in mind. We just wanted to do something a little different this time. The film needed to feel positive and bright, and had to draw attention to the colour and beauty of the rainforest, which is at such high risk. The main thing to avoid was depicting the more industrial or urban scenes as grey and lifeless, it needed to all feel vibrant and part of the same world we were creating.

How does production differ when working on an informational film like this, as opposed to a narrative short?

The main difference is the care needed when showing information and what features you focus on. In this case it was essential to work with GCP to make sure we represented the right commercial activities in the Amazon, what the scale of deforestation really looks like etc. You just have to respect that the nature of the work should be factual and not a personal opinion on the subject. The main priority is the successful communication of the ideas, as opposed to your personal artistic intentions.

What are the plans for the film?

For the moment it will be used online, and to introduce the report at lectures and meetings.

What can you expect from the Moth Collective in the near future?

We definitely want to get involved in more documentary feature films. Maidentrip, the feature that we worked on earlier this year and that premiered at SXSW in March, is having its first cinema release in New York this January, and brought us a nomination for a Cinema Eye Honours Award in Graphic Design and Animation that we were very happy about. We’re still open to a lot of different projects and clients, but 2014 will see a new Moth film as this is something we have felt the need to create for a long time now. All we can say for now is prepare for something colourful!

Read our feature on The Moth Collective here

From the beginning we wanted to be ‘Moth Collective’ rather than a set of directors working under one roof, which I think gives us a lot of flexibility and brings interesting projects our way. In terms of skills and approaches we are all actually pretty similar. This means we can easily float between roles and produce work that is collaborative in design and technique.