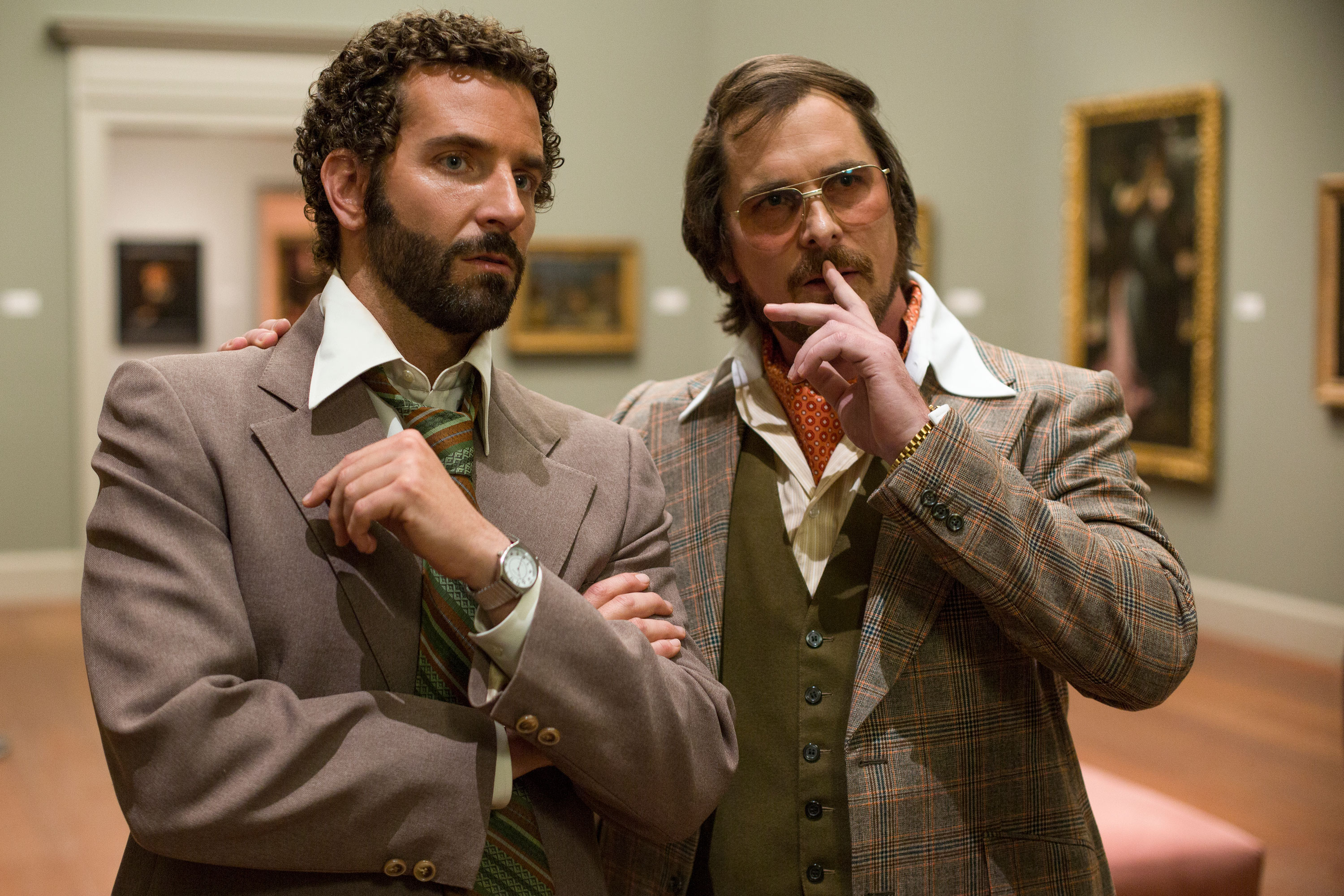 Written and directed by David O’Russell of Silver Linings Playbook fame, it brings together a host of actors he’s worked with before. The film stars Christian Bale as Irving Rosenfeld, a small time con man who hooks up with Sydney Prosser, played by Amy Adams. Sydney isn’t a con woman until she meets Irving. Then they work (and sleep) together, defrauding idiots out of cash by telling them Sydney is an English aristocrat with connections to banking. Meanwhile, Richie DiMaso (Bradley Cooper) is the FBI agent who is on to them. He catches them redhanded and offers a deal to keep them out of jail if they help him make four additional arrests. Things quickly snowball until everyone is in a bit too deep for comfort, embroiling senators into a bribery sting that centres around casinos which are being built by the mob. Oh and Irving has a wife. A crazy wife played brilliantly by Jennifer Lawrence who is probably my favourite character and best performance. It has been mooted that this is because she’s a bit like someone writing this review but I told Mr Subs that we fight and then we fuck and that’s our thing so shut up! 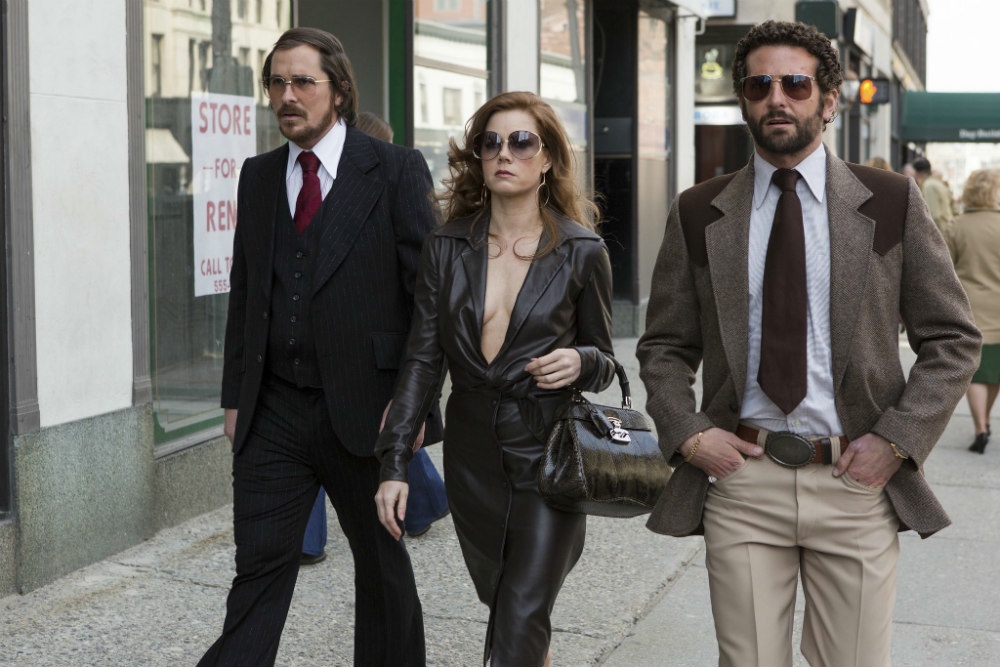 All of the performances are spectacular. Bale, as always, totally transforms himself so he’s unrecognisable. He somehow manages to make a hunched, paunched, severely balding man attractive to not only a ginger hottie but also the audience. Amy Adams’ Sydney could have easily been froth but as the film progresses she deftly portrays the gradual breakdown of someone who realises that she hasn’t got much in life after all. I’ll be honest, I kind of want to hate Bradley Cooper. I still hold The Hangover against him. But then, he produces performances like this one, The Place Beyond the Pines and his previous collaboration with O’Russell in Silver Linings Playbook, and I grumpily have to admit that he’s a good actor. But he has made some shit film choices. Jennifer Lawrence is magnificent and hilarious as a woman who has gone over the edge and manipulates her husband in to staying, using her child as ammunition.

The script is also excellent. Whilst I wasn’t on the edge of my seat, I was totally invested in this film. I wanted to know what was going to happen next, who was going to cross who and what the fallout would be when something didn’t go according to plan. You half expect everyone to end up in jail but it’s impossible to see the ending coming because there are so many twists and turns along the way. With the film set in the late 1970s to early ’80s there’s lots of scope for costume design which is spot on throughout. The only criticism I would have is that it is a touch too long. The middle section gets a bit saggy for around 10 minutes but once that’s over the film gets back on track.

You don’t have to see American Hustle in the cinema but I do recommend you see it.