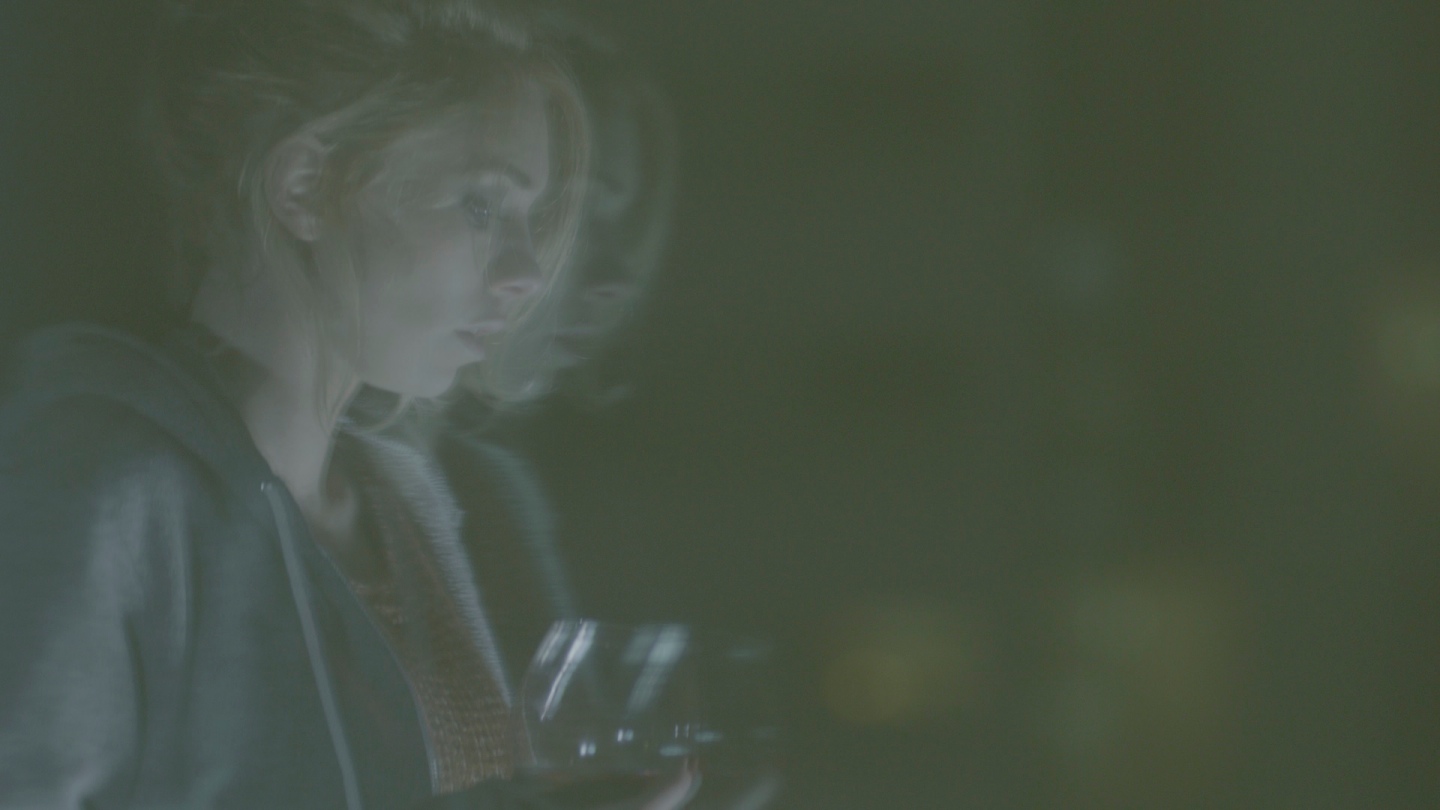 The seeming tranquillity of a slumbering city in the early hours of morning holds little peace for the sleep deprived pair at the centre of Charles Chintzer Lai’s romantic drama Insomniacs, as the frustrations of forced wakefulness compel them to confront feelings of isolation and share their deepest fears. As Insomniacs begins its festival journey DN caught up with Charles for a chat about his late night short.

Insomniacs does a great job of conveying desperation and loneliness and how those feelings become exacerbated late at night, what was the initial inspiration and how did the story develop?

I have struggled with insomnia my whole life. It’s a problem that has been exacerbated by a busy lifestyle in big cities (London, New York, Los Angeles). When I read the NY Times article The Busy Trap, it sparked a number of conversations and helped put things in perspective on how I’ve often been “too busy to sleep”. At the time of writing, I was reflecting on a past relationship I was in with a girl who also struggled with sleep deprivation. It’s an intense dynamic when you put two insomniacs in the same room at night — we had a lot of 3 AM conversations and at that time, you’re only thinking about your deepest concerns and fears.

I know casting is a very important part of the process for you, and your leads Vanessa Kirby and Henry Lloyd-Hughes have a very natural rapport, how did you find and then prepare them for the roles?

I was a fan of both Vanessa and Henry’s work, and was delighted to get them on board. From the first time I saw Vanessa in The Hour, she had a very cinematic presence and I knew she was unafraid to go to dark places emotionally. And Henry, I had seen in Unrelated and The Inbetweeners. Even in smaller roles, he always had a big energy and presence that got my attention.

Our preparation involved one-on-one work between me and the actors to develop their characters. I gave them each a backstory to understand the personal history of Jade and Theo, what type of problems they were suffering from. And from there, I interviewed each of them in character. In the interviews, we spent time learning the behavioural nuances of both Jade and Theo. Jade is someone very manic with her emotions, prone to violent mood swings. There were a couple times in rehearsals when Vanessa would knock over objects unexpectedly…I loved it, and I told Vanessa to keep that in her back pocket for the shoot. With Theo, one of the first things I knew about him was he would be relentlessly persistent with women. I would have conversations with Henry in character and as Theo, he would not take “no” for an answer. And this is something you see in the film, he is relentless; first with the webcam girl Jenny and later with Jade.

How much room did you give them to improvise or were you strictly on script with the dialogue?

I write very specific scripts, but am not precious about the lines. What I am striving for is emotion and authenticity. So the actors are free to achieve that with any technique, whether it be improvising or sticking to the script. Often the type of scene helps make that decision for us. For the mother-daughter argument between Vanessa and Imogen Stubbs, the scene was meant to be frenetic and spontaneous so it made sense to improvise. Later in the film, the plot becomes more specific and it made less sense to improvise.

A large portion of the film is shot outside at night. What was DoP Simon Walton’s camera and lighting set up? Did it determine the blocking for your actors?

I always strive to create an environment for actors to feel free. We never put down marks. As much as possible, I aim to light a set 360 degrees and let the actors move around naturally. Given the constraints of shooting at night, we couldn’t quite get to 360 degrees but we created a “safe zone” that was fairly wide for the actors to move freely. We shot on Arri Alexa, which enabled us to shoot at very low light levels, even in the night. My objective is always to have camera and lighting adapt to the actors, not the other way around and Simon was very good at helping me achieve that. 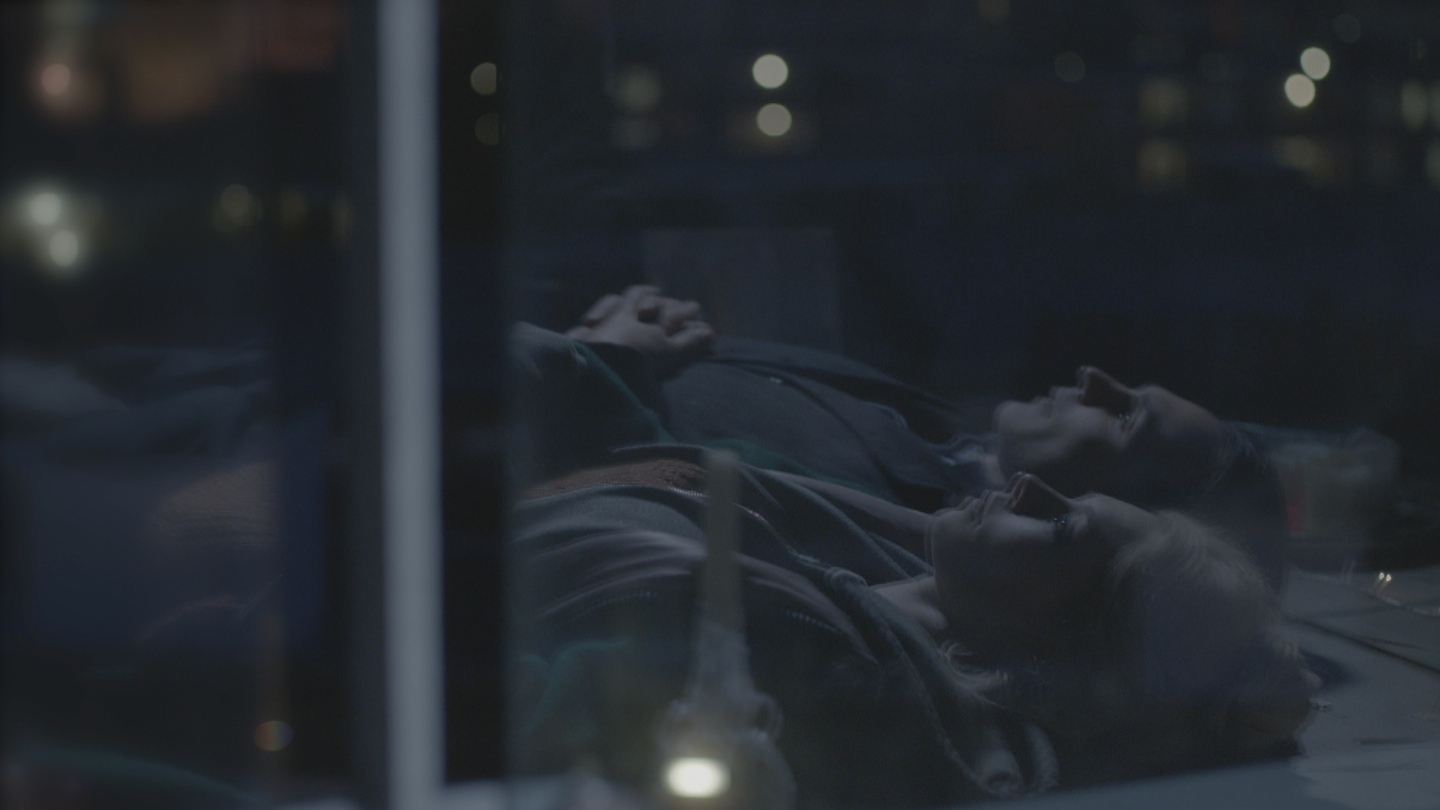 Both of your actors were dressed by Rokit with additional clothes for Vanessa from Topshop and Burton for Henry. How did those brands become involved?

Rokit, Topshop, and Burton stepped in at the last minute to save the day with costumes. We had a very small budget, including zero for costume. About a week before the shoot, we decided that Henry’s character would wear a suit. We had no financial resources for a suit, so were very grateful to Burton for loaning it to us. Likewise for Vanessa, Topshop offered to loan us costumes when we couldn’t afford to buy any. Topshop even provided their stylist Elle Searle, who consulted with me to put together Vanessa’s costume. We knew these characters would not entirely wear new, shop-bought clothes, so that’s where Rokit came in with a pair of worn coats and accessories.

Did you approach post with a light hand once again?

Cutting the film was relatively quick and easy, which I did on my own. I have to give credit to the actors, who consistently delivered very good takes. For sound post, this was my second time working with Sound Disposition and their team all really elevated the film: Roland Heap the sound mixer, Marc Specter the dialogue editor, and Enos Desjardins the sound designer. The final step was working with Sam Scott (of Solid Gold Dragons) on the score. I wanted to capture a feeling that was dreamy and romantic, but not overly sentimental. Sam was brilliant, I just love the score that he composed.

Insomniacs is starting to hit the festival circuit, where can people catch it?

Insomniacs’ European premiere was last weekend at the British Shorts Film Festival, Berlin and is playing in North America Jan 25th at the Spokane International Film Festival. Stay tuned to the film’s Facebook page and my Twitter @chintzer for future announcements. I just want as many people as possible to see it. Particularly anyone who has ever struggled with insomnia, I hope this film is faithful in its representation of it.

Your previous film Blue Monday was listed in NoBudge’s Top 10 Viewed Film of 2013 and picked up Best Drama and Best Actress in their first annual awards. In hindsight, what do you think the NoBudge launch did for Blue Monday’s online exposure?

NoBudge has been a dream to work with. I am a fan of so many filmmakers that have featured their work on the site. So just being involved with the NoBudge community, several of the filmmakers have reached out to me directly and we’ve shared our work and had conversations. It’s a spiritual thing, we like to say. Additionally, having Blue Monday on NoBudge has opened it up to audiences who don’t necessarily attend film festivals. I have received some messages from people who have no filmmaking agenda, but just wanted to say how they grew attached to Claire and could relate to her struggles. And that’s what I really strive for, to make films that audiences respond to emotionally, so I am grateful to NoBudge for that.