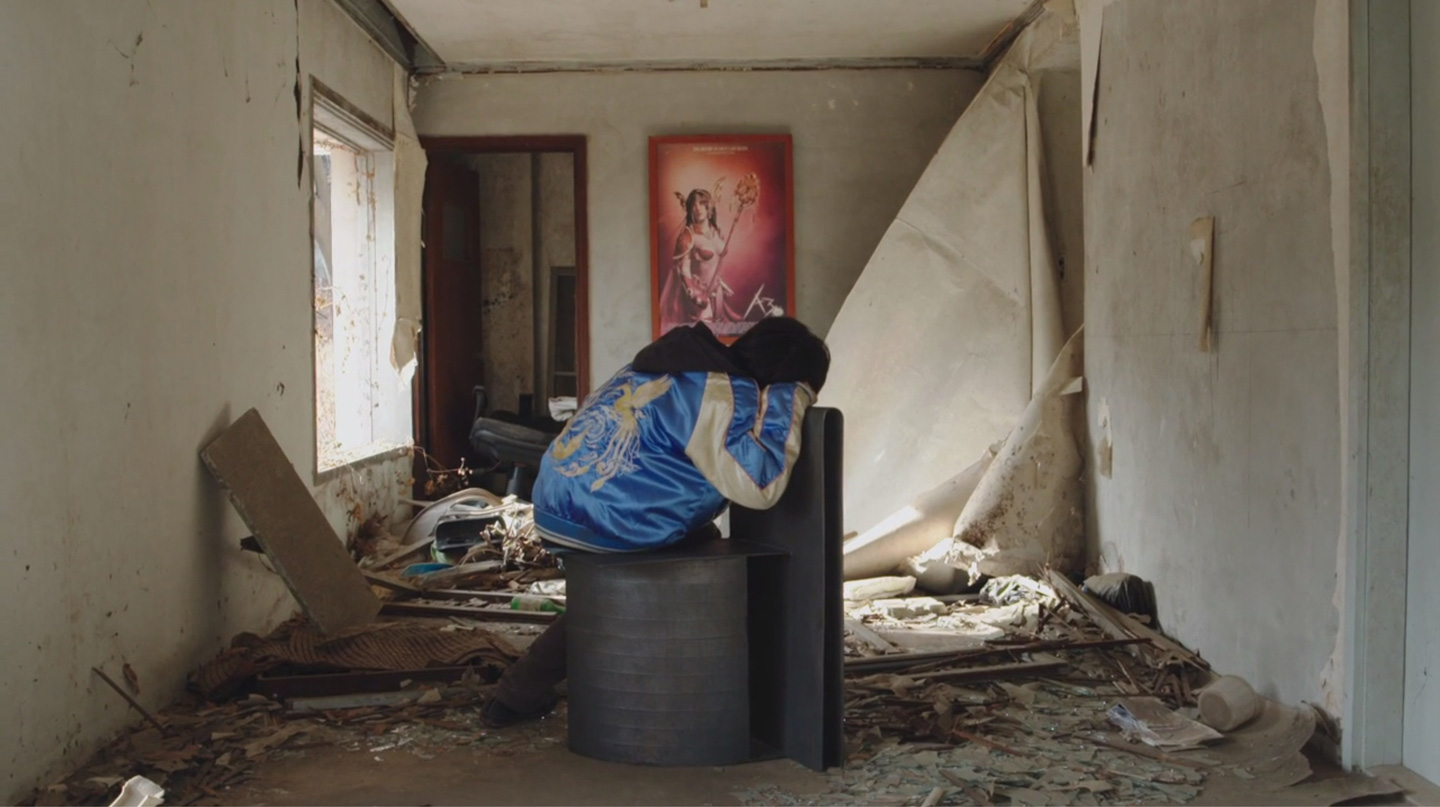 As rewarding as it is to be literate in the creative fields and fully armed with the expressive vocabulary which empowers deep discussion about the piece of art which engages us, an unfortunate consequence is that we largely jettison our ability to react to a piece on a purely visceral level, completely free from the baggage of what we’ve experienced before. Following their successful 2013 documentary collaboration CHOA, filmmakers Nils Clauss and Adam Hobbs decided to teamed up again for the YÈOL commissioned artist documentary Translating Furniture – a poetic film in which furniture artist Kwangho Lee contemplates the purity of the artistic process and his preference for reactions born of innocence, as a roving child discovers his pieces amid the debris of an abandoned building. We invited Nils and Adam to tell us more.

We both agreed that we wanted to create something different for YÈOL (a Korean Heritage Preservation Society) and Kwangho Lee. We weren’t interested in creating a usual artist documentary, where the edit would shift between the artist on camera talking about and presenting his work in a studio setting. Fortunately, Kwangho Lee supported the idea of doing something different and he did not mind the initial idea to take the furniture out of its original art context. Also Lee was not really keen to be on camera, so the we had a lot of different options to play with. The rough texture of the lacquer Lee works with, raised the question, if the furniture could also be placed in a context which was more in line to that.

In Nils’ role as a photographer he had exhibited a photo series on abandoned houses in 2009, where he photographed interiors in construction areas in Seoul, after the tenants had to leave and before the places were been demolished to make space for big apartment complexes which make up most of the urban landscape in Seoul. After the tenants move out of their old spaces, the construction companies come in and pre-demolish the interior by ripping out the insulation, demolishing glass windows and all bathroom and kitchen facilities. Basically they make these spaces discouraging for homeless people or squatters to move back in. When we were thinking of a concept for the documentary, we both agreed that this kind of location might be the right setting to place Kwangho Lee’s furniture in.

Lee immediately liked the idea and after we presented our concept to YÈOL the project had a green light. We then began scouting various construction locations in Seoul and found some decent places, but as these construction areas are quite controversial and raise a lot of political hostilities in Seoul, we were worried that they’d kick us out in the middle of the shoot. Many of the places are under heavy surveillance close to construction company offices. When Kuiock Park our producer got involved in the project, she suggested a place she had shot in previously. We immediately loved the location and thought it was too good to be true. The house was placed in the North-Western part of Seoul, close to the main university district. The property was quite big and had a huge garden area, which led into a little forest on a hill. It was strange that the property was abandoned for such a long time, typically a construction area such as this would not be left to waste. We later found out that this place was once the home of a very famous serial killer in Seoul, who murdered several women in the neighborhood, cut them up in the bathroom, and buried them in the lawn of the property. The story of that serial killer exists as a Korean film called The Chaser.

That story definitely had an effect on us while scouting the location and during the shoot, but we agreed from the beginning that we couldn’t let such an amazing location go to waste. We shot on location for a day without a permit, with a small team – ourselves, our producer and the child actor. That was it. During the shoot the client and the child actor’s father were also on set. We agreed with Kuiock that before and during the shoot no one should know about the background story of the location, as we worried that the shoot might be cancelled. Also, we both felt that it could have influenced the performance of our actor Yoonbin, which we wanted to be free from any traces of horror.

It had been important that we find an actor who came across as naturally as possible. During casting we set up various games and playful challenges in order to find out who was the most authentic. We wanted the actor to be a kid, who was both curious and able to explore. Sadly, in Korea kids don’t play like kids typically play. From an early age their lives are directed toward education and if they play at all it’s just computer games. Yoonbin was excellent however and exactly what we were looking for. Not only did he offer playful, boyish qualities, but he also handled the transition from childhood to adolescence skilfully. This triggered by Kwangho Lee’s furniture, suited the film very well.

Both of us are Cinematographers by trade, but since we started out as filmmakers, we shift easily between shooting, directing and editing. Our collaborative process has always been very organic. During production we shot on one camera and would frequently swap roles – while one was directing the other would be shooting and visa versa as we went along. The entire film was shot on the Sony F3 recording to a Sound Devices PIX240 external recorder in ProRes HQ 444 for the best image. We felt that it was really important to preserve the highlight detail outside of the house while also seeing deep into the shadows. In order to display as much information inside and outside as possible, a camera with a good dynamic range and a codec which gave a lot of opportunities for the grade was really important. The scale of the shoot did not allow for any additional lighting so fortunately the sun (at least for most of the day) was very supportive and gave a really nice warmth and texture to the interior of the space.