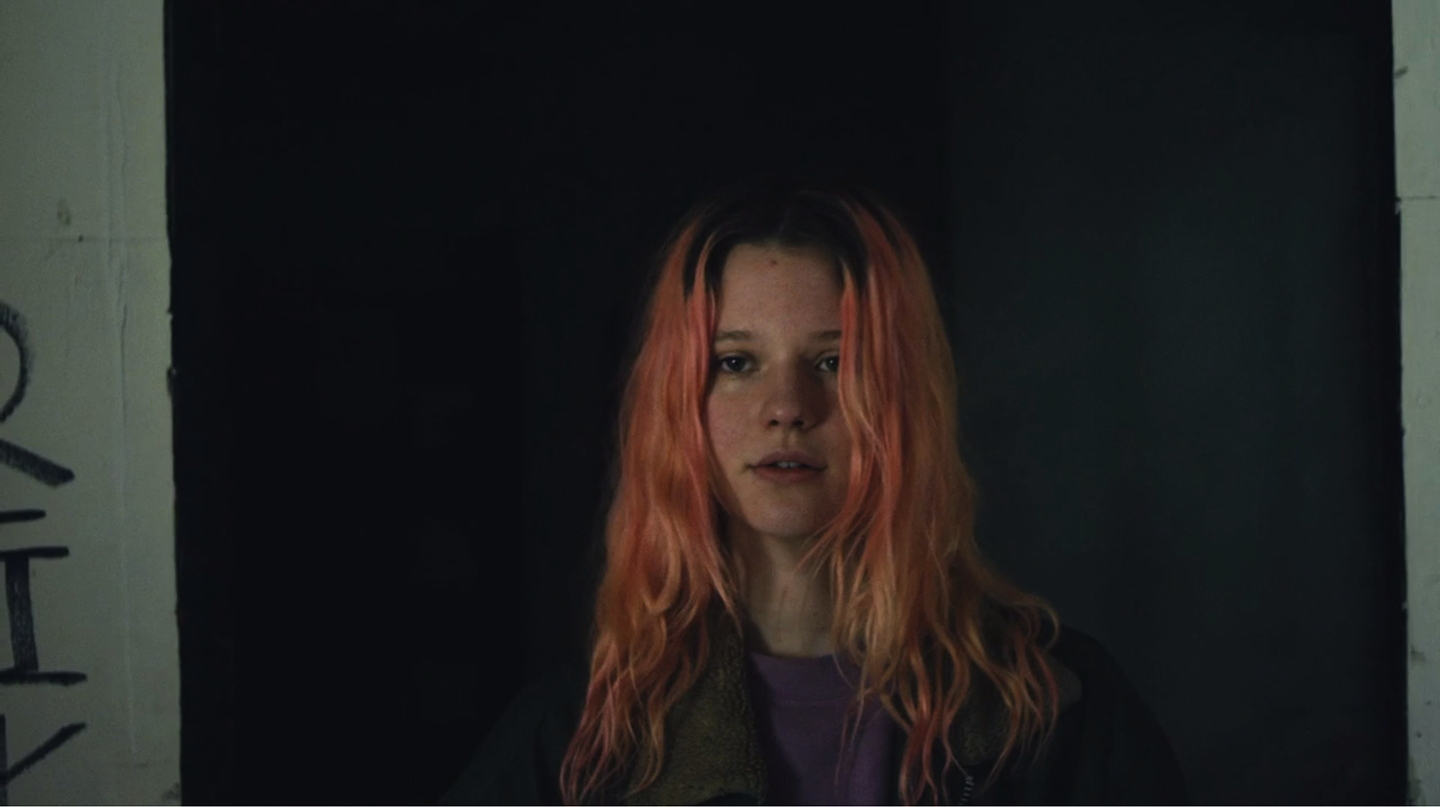 Spurred into action by discussions about the pervasive nature of everyday sexism and the disturbing expectancy for women to assume the role of victim which permeates both the on and offline realms, filmmaker Claire Kurylowski felt compelled to enter the debate with her feminist social enquiry short In Real Life. Kurylowski joins DN to discuss the potency of ‘calling out’ and her use of the close-up as a gateway to a character’s inner life.

As a filmmaker you straddle both London and Berlin as working bases. Have you found that there distinct differences to filmmaking in Germany vs the UK?

I moved back to the UK over a year ago so I’m based in London now but definitely envision future shoots in Berlin. It hasn’t been drastically different as for me it’s been more about the crew and cast ensembles I have worked with – the film families – from which I’ve received ample creative support. Some collaborations have been consistent but essentially I have been working with more polymath creatives and non-actors, friends of mine, who are not always strictly film based. One change is potentially how locations were functioning as characters themselves – for me Berlin had a wealth of locations where I had fresh eyes, which became instrumental in my work, for example in the aggrandised, tableaux motifs of Honor.

The ‘In Real Life’ title suggests a disconnect between an imagined/virtual idea and the lived reality, but I’m also aware that the film was born out of your reaction to the How to Break Out of Zip Ties viral video and the questionable YouTube comments which followed. Can you tell us how that informed the film and relates to the title?

I initially planned to make a more general cyber-anthropological film juxtaposing internet tutorial videos I had come across. However there was a level of unease I couldn’t ignore when I watched the How to Break Out of Zip Ties video. In considering further what didn’t sit right, the YouTube comments accompanying the video further reaffirmed my speculative feeling. Therefore the trajectory switched, it became more apparent and important to me what I could bring into discussion. Additionally at the time, frequent discussions with friends on ‘everyday sexism’ encounters and issues also spurred this enquiry further and I felt compelled to make this part of the film’s comment.

What is presented is a culture which permeates both the virtual and non-virtual space.

I suppose the title has a duality, it could tip toward a reconsideration of the manifestation of the video. In its surface level form it is an unserious instruction video (made for fun) but this contradicts the fearful interpretation by our protagonist and very serious social connotation I wanted to convey – of an expected victimhood – and the accountability of women for their own safety in these scenarios of abuse. Additionally what is presented is a culture which permeates both the virtual and non-virtual spaces – identifying how there’s something cyclical or derived from the same origins, I try not to consider these two spaces as divided but having a constant exchange, acting as conduits of affect.

In Real Life is part of the Dazed Visionaries series. How did the commissioning process with Dazed work?

Actually I made this film independently, so I was looking for a platform for the film and initially was rooting for them to feature it in Females First – A new global initiative devoted to commissioning and championing new female film talent – which when I heard about it I was really stoked and I’m hugely pleased Dazed are the ones behind it. Within their content curation I’ve certainly seen many examples of socially transgressive inclusions both in content and the filmmaker side of things, which I find really positive. In their words – “Dazed is doing its part to counter the shocking under-representation of female talent in the global moving-image industry with Females First.” Anyways as it happened Dazed selected to feature the film as part of the Visionaries series where the film nestled in succinctly with the programming – which I was very chuffed about. 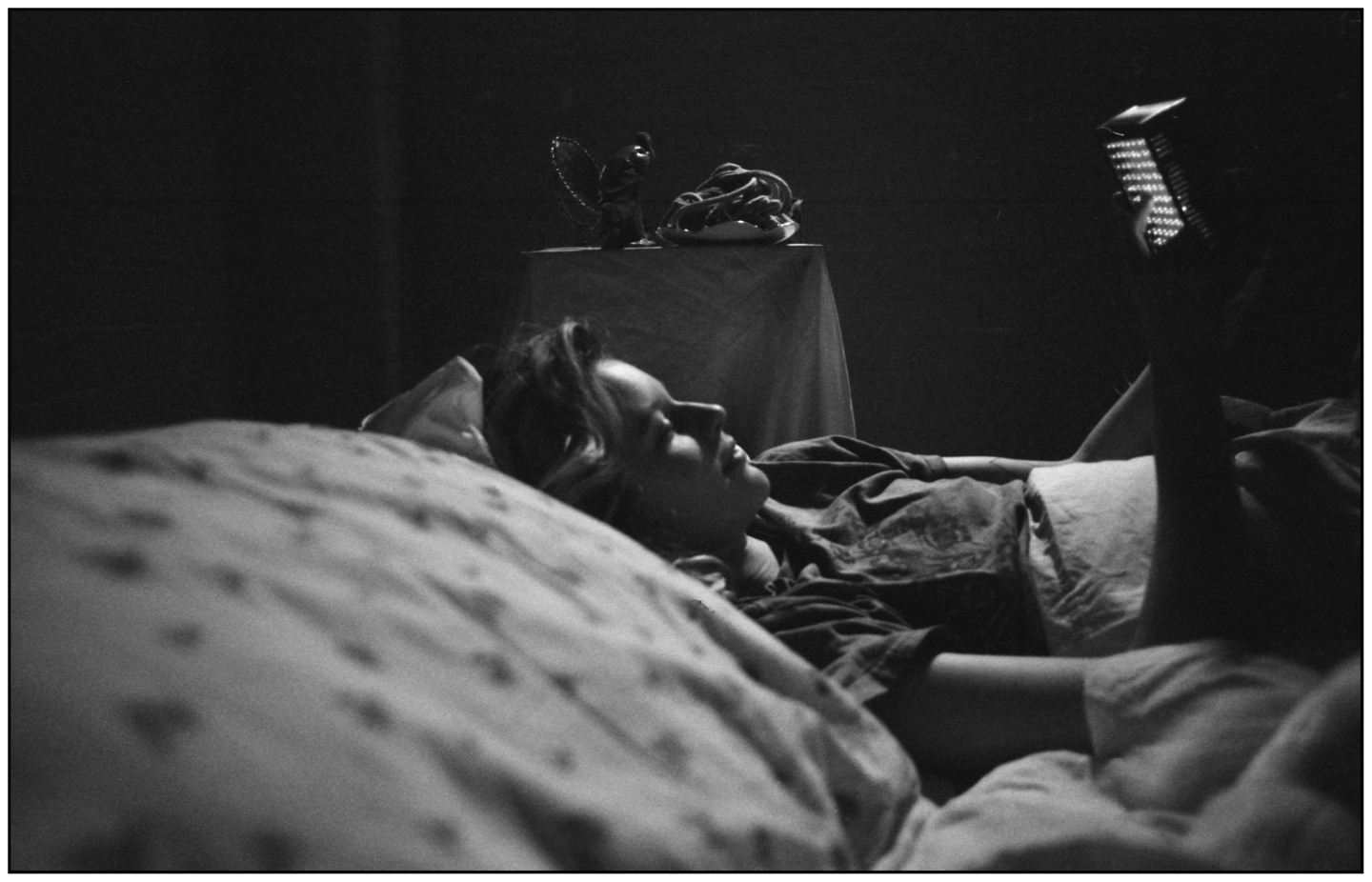 How did the collaborative partnerships which gave birth to In Real Life form?

I met Arvida shortly after I returned to the UK, she’s an internet feminism blogger luminary, as well as a creative who is predominantly working with photography. Her work frequently posits a kind of dialectical stance on gender identities and formation, often challenging stigmatised ideas of women’s bodies and bodies in general. I was a fan of her work/ideas and sought to meet her! After our initial meet, a few months later I was working in the same studios building and we pretty much instantly became friends. I wanted to cast non-actors in the project and preferably friends who could empathise with and build upon the ideas and affect of the film, drawing from their own lived experiences. I talked about the idea with Arvida wanting to garner a sense of her perspectives – out of these conversations, our shared feelings about the film led to our collaboration.

When I choose a close–up it always feels right, and intense and that it’s giving you clues.

Looking through your back catalogue, you consistently get in close to your protagonists with the camera, especially into their faces. What is is about the close-up that you find so compelling as a storytelling tool?

I think it awards (or rewards) the spectator a kind of contact that is very intimate – the frame is filled but simultaneously the view completely reduced and restrained to only having the physiognomy of this person in our sights and yet it can be totally immersive. What does the person’s person really reveal? – But therein is a repertoire of gestures and expressions where we somatically find meaning. Even with seemingly impassive characters I think seeing their eyes, cheeks, lips this close can sway you into their interior life or you want to attest to knowing them! It’s very hard to pinpoint – when I choose a close–up it always feels right, and intense and that it’s giving you clues.

Speaking of tools, what was your gear set up for the production? I noticed that Arvida Byström gets an extra credit as Webcam Operator.

It was fairly standard. Notably Adam Scarth created all the colours/colour effects in-camera based on four lighting designs I came up with, engendering the varying atmospheres. I was determined to bring the colour elements vividly into the rushes, as an embedded quality. Yes! We did use a webcam it was just on like a small laptop. Then we re-shot the footage using a Red MX – creating a skewed, offsetting image, re-articulating this visual. Arvida did indeed operate the webcam bits. My crediting was a deliberate action to bring visibility to her agency over this – maybe not everyone will catch this but I think it’s fundamental to this idea of female agency in that particular scene, her character’s utilisation of the gaze.

The film’s sound design feels very explicit and front facing, but we also have this underlying music design you created which gently builds and abates throughout. What were the conversations you and sound designer Marcin Pawlik had about how In Real Life’s soundtrack would play out?

Marcin Pawlik and I started with an entirely silent film for the sound design – the original sync sound didn’t encompass the textures I anticipated for the film. We discussed how the music, videos and diegetic sounds would merge eventually making the virtual and non-virtual spaces have an interchangeable feel. We were also playing around with a somatic intelligibility – Marcin did an incredible job on creating foley sounds of everything, with the view in mind to create sounds which were very ‘close’ and nuanced. In order to cut the film I actually had to start designing music to find the pace and atmosphere – there is a very passive or perhaps ‘interpassive’ quality to the journey that the protagonist makes – I abandoned traditional cutting cues and instead was reliant on pacing tempos and music ambiance to form this character alignment. 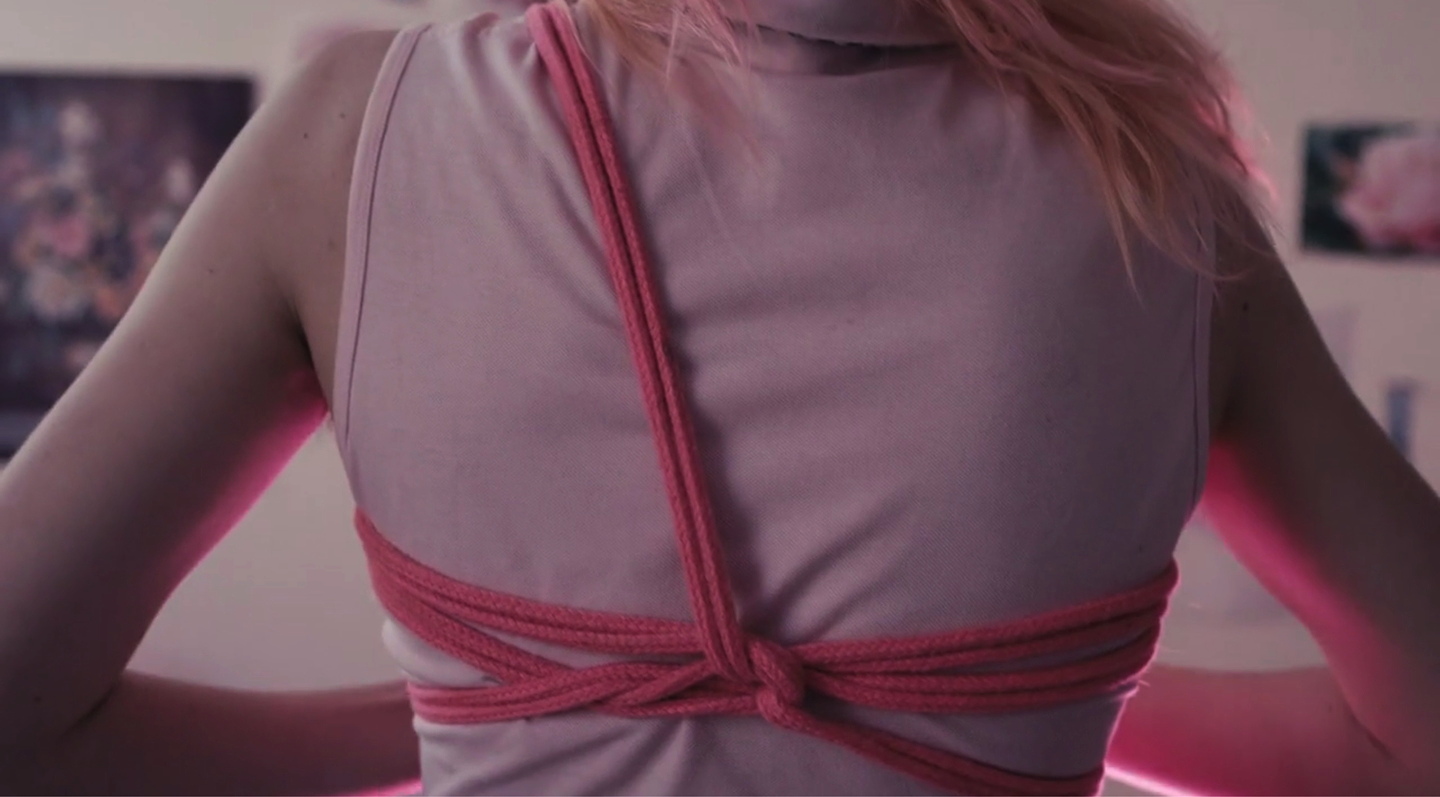 Given the genesis of the concept for In Real Life, do you have an ideal reaction you’d like to provoke in an audience or particular actions or considerations you’d like the film to encourage?

I am often considering how feminist critical inquiries or simply ‘calling out’ which draw our attention to the negative – can be transcended into positive actions that become a beneficial, liveable experience, in general with thinking about proliferating a visibility of sexism in mainstream media, I think Sara Ahmed quite pointedly articulates a potential hopeful effect: – “We might create from trying to explain what we come up against, how things keep taking the same form. We might enact alternatives as we live with the consequences of what we name…Perhaps keeping making sexism our question requires us to be inventive, creative, curious, bold, and brave. We might need to think with our knees.” – Sara Ahmed, Feminist Critique, 2014

I’m currently writing the script for a short narrative film, which I’ll shoot in London. Also some photography projects and before winter I’m organising a screening event in London showcasing work from emerging female filmmakers – so get in touch if that’s you! I will be putting the official word out later in the year.