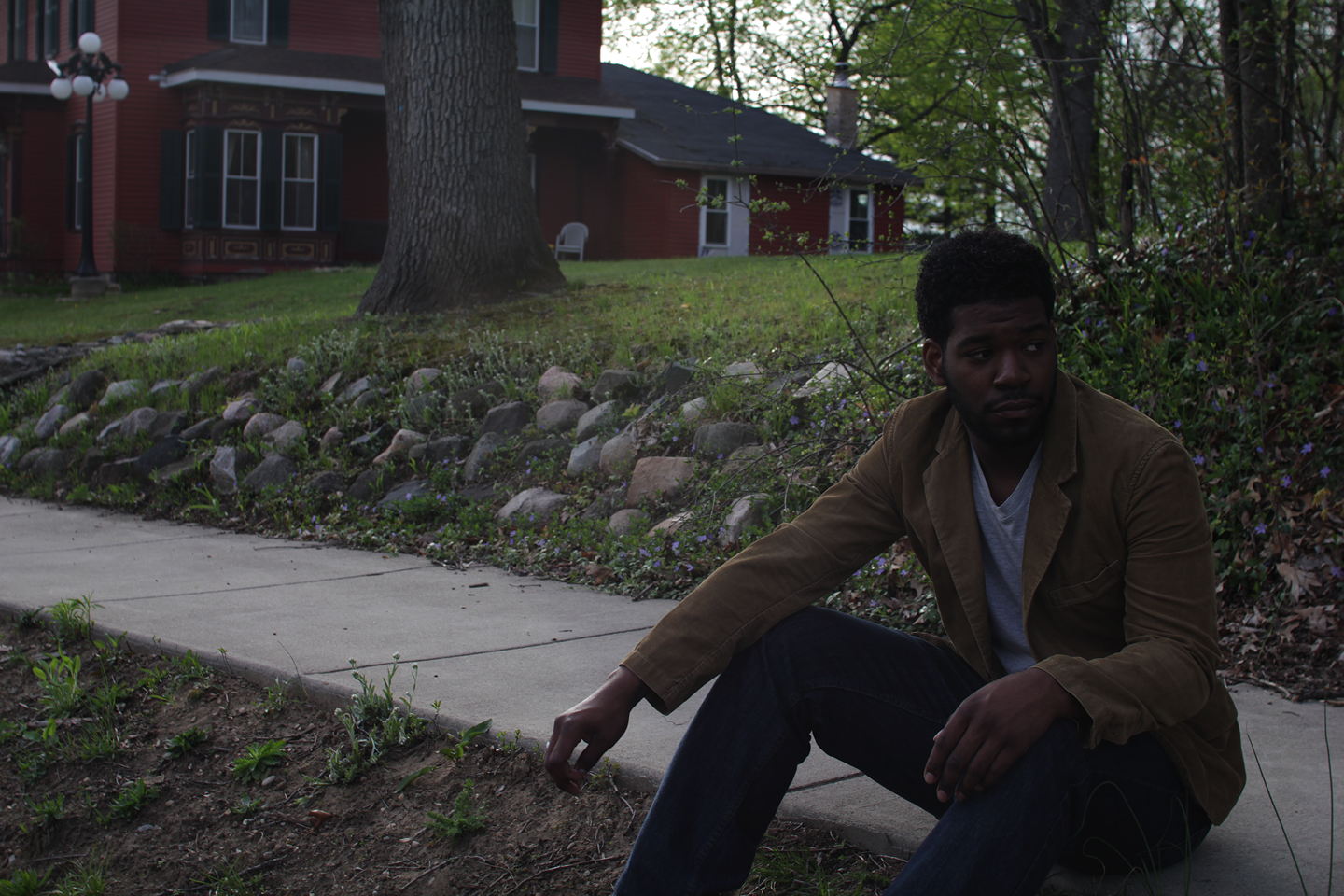 After striking up a correspondence with DN alumni director Brent Green, filmmaker (and aspiring feather-weight boxer) Gus Péwé took Brent’s cinematic desires to heart and created the charmingly askew short Same Ghost Every Night, in which a lonely ghost lives inside food in a kitchen and a lovestruck man is stalked by a bicycle riding bear. Péwé tells DN how he used the happy accidents of unscripted moments as the creative lifeblood of Same Ghost Every Night.

In 2011, I was making a short film called My Favorite Planet, and I was emailing other filmmakers that I really respected, asking them about their process. One of them was Brent Green. He said he’d like to see my film, particularly if it had “bears on bicycles or haunted food” in it. That film didn’t exactly include either of those elements, but after that I wanted to make a film that would incorporate both of those things. So that’s where the script for Same Ghost Every Night came from. The first few notes and fragments of dialogue that I wrote are dated June 2012, but I didn’t actually write the script until January of 2013. It sort of turned into a thing about death, broken hearts, and loneliness. Your own life always kind of leaks into the work. I like to think of the film as a love song.

It sort of turned into a thing about death, broken hearts, and loneliness. Your own life always kind of leaks into the work.

When I’m writing a screenplay I like to make a playlist of music to listen to that I think has the tone and feel that I want the finished film to have. A few of the songs in my Same Ghost Every Night playlist actually wound up in the film. Neat Beats, Monster Rally, and Serengeti are all musicians I really like, and they’re on that playlist. I wrote to all of them, and they let me use their music in the film. Neat Beats even made an original piece for the movie.

My good friend, Robert Hoxie, was the director of photography on Same Ghost Every Night. He was also the executive producer. Most of the budget was money that we raised on Kickstarter in March of 2013. I had never used Kickstarter before, but it wound up being a success. One thing I offered was to have your name or likeness hidden somewhere in the film for $100. Since we were in pre-production at the time, I had time to make things and alter props that we needed in the movie, like the magazine cover and the cereal box, and put the backers’ names or faces on them. It was fun figuring out where to hide people. I hope they’re not that noticeable, unless you’re looking for them. It’s subtle, but those people can certainly say that they appear in the movie.

The lead actor, Sawandi Johnson, I first met when he was a server at a Denny’s restaurant. When he heard I made films, he told me to let him know when I was having auditions for my next one. So I had him read for the part, and he was a really good fit for the role. I didn’t even have anyone else read for it after he did. Sawandi’s son briefly plays Sawandi’s character in a flashback near the beginning of the film. I didn’t even know how we would achieve that part when I wrote the script, but it couldn’t have worked out any better. Yamma Danfa, who plays the grocery store cashier, worked at a coffee shop that Robert and I would go to a lot. We asked her if she’d want to play the part, and she was up for it. It worked out very well. Sophie Rogers, who plays the ghost, had been in some other projects of mine in the past. She really filled out the ghost’s character with some extra dimension that I couldn’t even dream of…and I always kind of forget this now, but I’m the one who plays the bear on the bicycle in the film.

My father Tim Péwé is a very talented sculptor. He almost always helps create some wonderful prop for each film I do. For this film, he welded a light-weight metal frame in the form of a bear head, and sewed canvas and faux-fur over the top of that. I think the bear is so interesting because his face is static, but you can read different emotions on his face in different contexts. I really love it. The body of the bear suit was sewn together by my mother. She used a long trench coat turned inside-out, with a fur lining that she found at a thrift store, and added on more faux-fur to the sleeves. There was a very small hole, maybe a quarter inch wide, at the base of the bear’s head to see out of. The main reason I played the bear was because I didn’t want anyone else to risk crashing on the bike wearing the suit. There were a few close calls, (one actually made the final cut of the movie) but somehow I never crashed or fell off.

Part of what I really like is that something will happen, or make itself apparent in the middle of the shoot and everybody has the intuition to go with it. That moment in the film where the bear rides by and almost crashes into the main character, was unscripted, but Sawandi kept going, I regained balance and kept riding, and Robert didn’t cut. It works really well for that scene. There is another part where Robert was rolling on Sawandi and I in between takes. I felt a bit like an actor wearing a suit for a kaiju film, so I pretended to wrestle Sawandi like Godzilla might wrestle another monster. I didn’t intend to use any of it, but looking at it in the editing room, I realized it could work in the film’s dream sequence, as if the character is wrestling with emotions, represented by the bear. And suddenly the bear took on this much more important symbolic quality to me. All because of joking around on set. So I love film shoots for that reason. Werner Herzog said, “Chance is the lifeblood of cinema.” I love that. 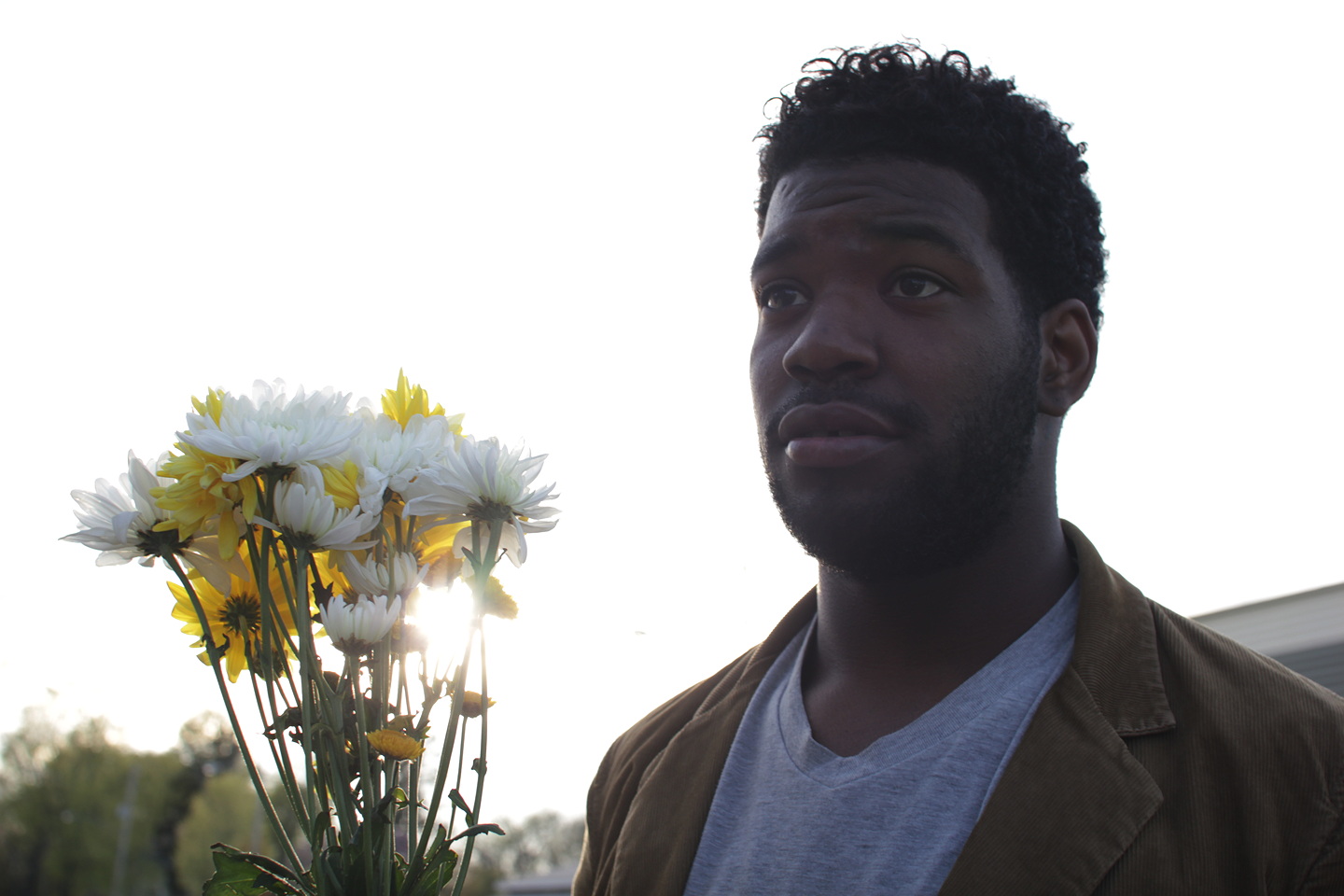 The main character was supposed to wear some sort of note-worthy jacket in the film. We were looking at all kinds of different stores to find the right jacket. We wound up finding a corduroy jacket in the bargain basement of a local used clothing store for a dollar. I don’t think we could’ve tailored a better fitting jacket for him. So sometimes, the exact prop you need is sitting in a thrift shop somewhere nearby for a dollar.

Sometimes, the exact prop you need is sitting in a thrift shop somewhere nearby for a dollar.

I have a friend whose dad owns a small vacation house in Michigan, about 65 kilometers from where I live. They let us use it as the main character’s house, which was great because it was an empty house that we could use without bothering anybody. Each day, we’d drive out there in one car and shoot. We never really had more than five people there on any day. It was a very small cast and crew. Sometimes it was just Sawandi, Robert, and I.

We shot over the course of 12 days in April on a Canon T2i with a Rode Videomic Pro mounted on the top for sound. That Rode mic is a relatively cheap microphone, but it takes decent audio. If I could go back, I probably would have used a boom mic to record the sound separately, but our crew was so small, no one could have held the mic. We bought a Sigma 30mm f/1.4 lens for the film. That was actually the only lens we used. We could have switched lenses, but the image looked so good on that 30mm, that I never wanted to change it. With some of the lighting we had, especially outside, I thought the image sometimes almost looked like film, and not digital video. We bought a few LED lights that could be dialed to dim down. They came with plastic gels and diffusion panels, and since they were battery powered, we didn’t have to worry about tripping over cords, or finding an outlet within reach, or blowing a fuse. Robert also has this carbon-fiber monopod that we always make fun of for being “a really expensive stick,” but I can’t say he doesn’t utilize it. It has, however, become a running joke. 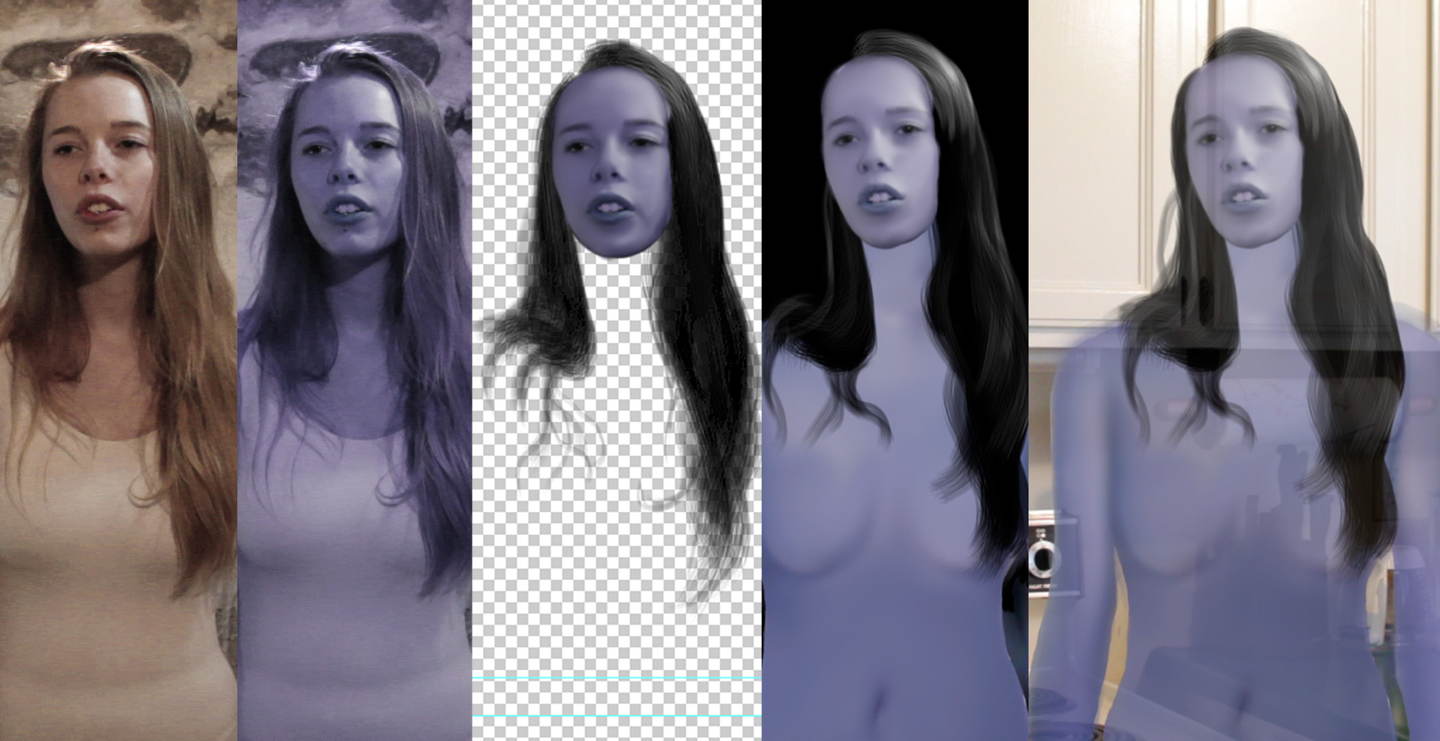 In the middle of the editing, I cut together a trailer for the film and posted it to twitter. The director of the New Orleans Film Festival saw it there, and asked that I submit the movie to the festival. So I sent a very rough cut with none of the rotoscope animation done at all. They accepted the film based on that cut though, so suddenly I had a deadline to get the movie all together and edited before the premiere in October. For all of that September, and half of October, I would wake up in a bed that was set-up next to a desk, animate all day using a Wacom tablet and the animation tools in Photoshop, and then go to sleep. And I still wouldn’t have done it without the help of another animator, Jessica Knights. She’s based in London. We’ve never actually met, but we used dropbox to send files back and forth. She drew all the ghost’s hair, and she also did all the great bits where the ghost swirls up into a ball and flies around. I would not have gotten any of that done in time, or as well done, without her help.