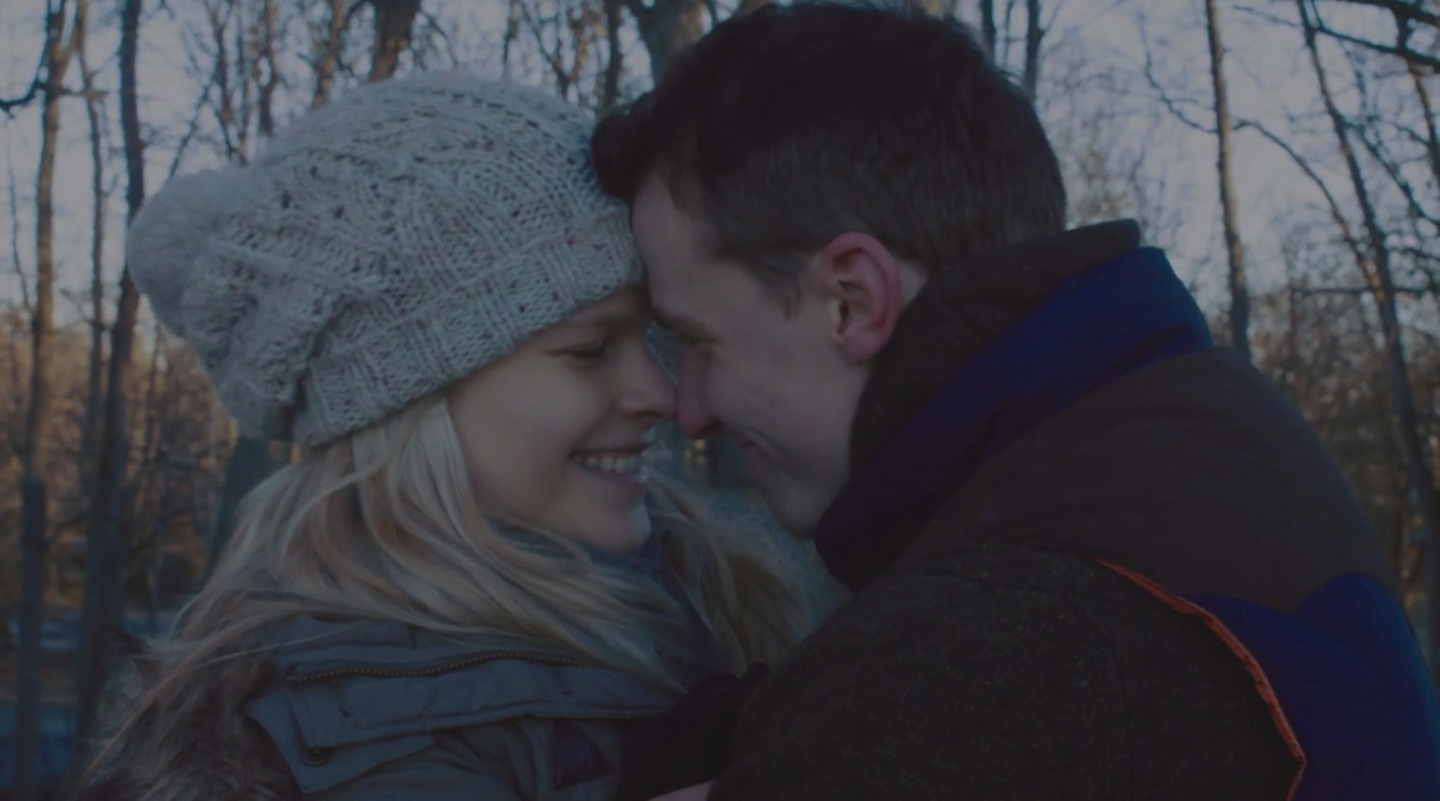 Don’t let it be said that we here at DN are ambivalent to the power of love or how in this week of mass purchasing of bouquets and frantic restaurant reservations, the majority of people will be focussing their emotions on that significant other in their lives. We’ve even been known to fall for shorts depicting a romance which flourishes against the odds from time to time, but if we’re being honest, it’s the films which look at the messy see-saw of romance, free from the hue of rose-tinted glasses that we’re most drawn to. So is the case with Director Hannu Aukia’s short about relationships, dreams and fear of mediocrity, Helsinki-Turku, in which staying together is hard, but breaking up is harder. Aukia tells DN how he turned a ‘vibe’ between actors into a deeply affecting short about the fragility of modern romantic relationships.

The original idea for Helsinki-Turku came to me when we were shooting the music video Ei Milloinkaan for Finnish band Rosa with the same actors as in Helsinki-Turku, Milla Puolakanaho and Joel Mäkinen. We were driving to a location and this melancholic song was playing on the radio. I sensed an interesting vibe between the actors and thought about how we could have a great scene between lovers in a hotel room after a heart wrenching road trip to Turku. So it was envisioned to be kind of a comedic film from the start and I still find it funny as hell, but maybe life happened between the original idea and when we finally got to shooting some two years later.

If it feels real, it will work without the need to push the drama.

We kept talking about the idea between us, and we talked a lot about our own relationships and acting and all that. We talked a lot about achieving something that was as real as possible, with no wild plot twists and a need to take it any further than was needed. Trust life, in a sense. If it feels real, it will work without the need to push the drama. That problem is pretty common in Finnish cinema, as I feel screenwriters don’t trust the stories they want to tell, but feel the need to ‘make it more exciting’ with twists to the plot that feel forced. So with all this, I started writing.

This was actually my first script so I had no idea how to go about it! I went to Los Angeles and kept on working on the script there, hanging out in a water-pipe cafe in Silver Lake, contemplating my own relationship. It was great. We really dug deep in to the script, and wrote and wrote to make sure it was as good as it could be. As this was kind of my first short I wanted everything to be perfect. I also read the great Judith Weston’s Directing Actors to prepare myself for working with actors in an environment very different from the music video set.

But of course work got in the way, and my stay in LA went on a lot longer than it was supposed to. When I finally got back to Finland it was already November, the worst month to shoot anything but I just felt than we absolutely needed to shoot this anyway, even though we were not prepared, the weather was horrible and we only had some four hours of daylight! I just felt that if we didn’t do it then, we would never do it. It was far from ‘perfect’! We got a car through a contact at Audi, got the very fine people at Hotel Helmi (in actual Turku) to give us the biggest room they had and off we went! The actual route that we shot on was basically the route to Turku. I felt that we needed that grounding in reality to make it as real as possible. For example, the theatre where Joel picks Milla up is an actual amateur theatre in Helsinki, and we just took the road to Turku from there. We shot mostly in chronological order, but went back and forth somewhat as well.

It was surreal to witness something so real happening in front of me. It was such an intimate moment and I had to fight the urge to just call “cut”.

The thing is, when you have a really thought out script and you understand and know your characters really well it’s easy to improvise, so most of the dialogue, save for maybe the fighting scenes, is more or less improvised, as are some of the plot points as well. The actual arc of every scene follows the beats laid down by the script, but the dialogue is improvised to keep things as fresh as possible. We did come up with totally new stuff too. For example, when Milla tells Joel that she has had an affair, that is a bit of info I told her to tell him, so Joel’s reaction is ‘real’, as in he has no idea if that is just a lie to hurt him or an actual fact. The scene that played out was just beautiful, and I felt like I was stealing something from them, sitting there in the backseat, hands shaking and trying to capture it all. It was surreal to witness something so real happening in front of me. It was such an intimate moment and I had to fight the urge to just call “cut”. I really felt that this is too much, I’m robbing them of some level of intimacy. It felt wrong and oh, so right! I had never felt anything like that before and from that moment on I knew that this was going to be something else! After that scene we shot the ending, and wrapped the whole thing. We shot it all over three days, with very limited sunlight each day. 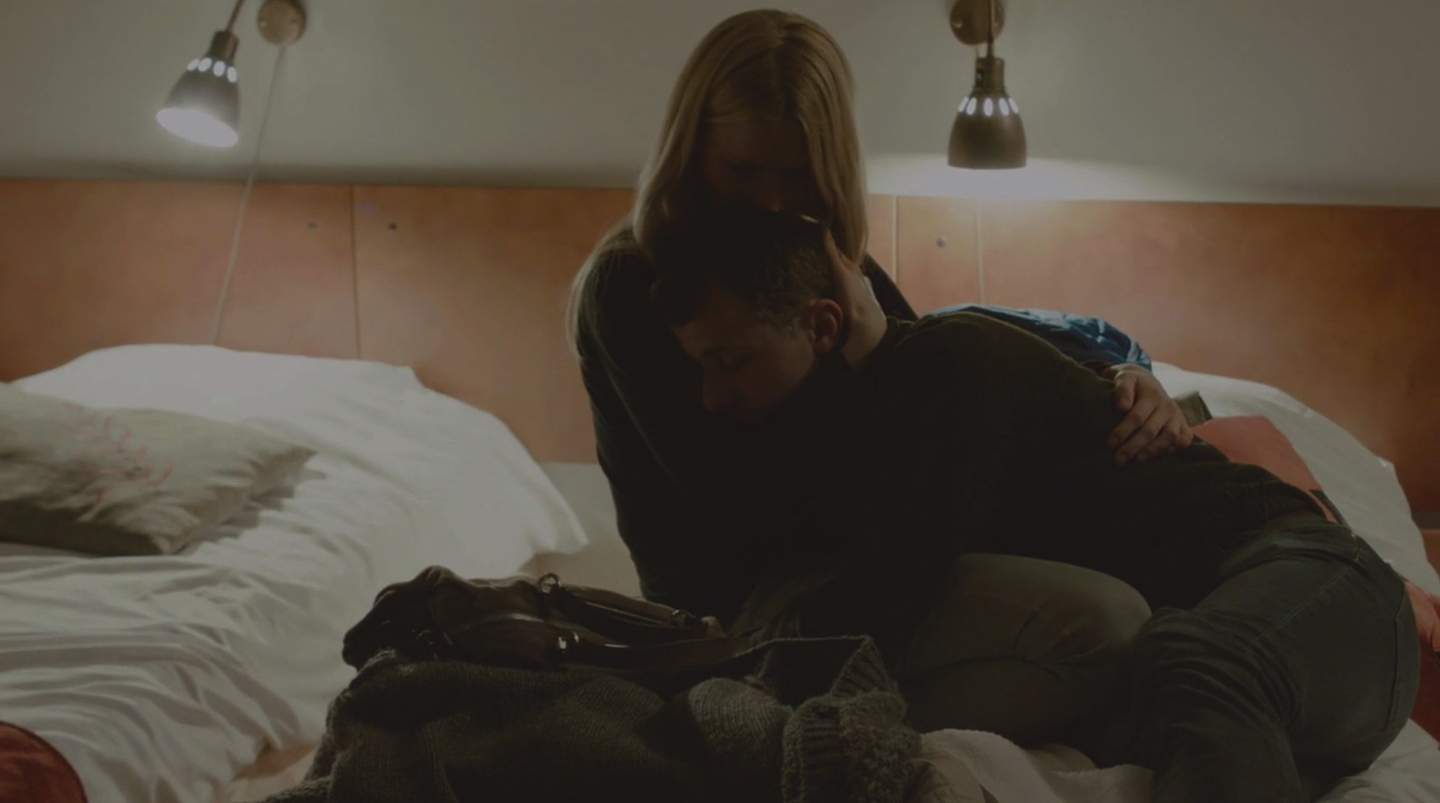 The shoot was pretty hectic for me, as it was just me, Joel and Milla. So I had to take care of the sound, cameras and everything. We played with rigged cameras on the first day; I would have a Blackmagic Cinema Camera in the backseat and a Blackmagic Pocket Cinema Camera rigged on the hood or windshield or whatever, but I felt that there was only one scene that setup worked in. That’s a scene where they actually have fun, and are closer in a sense. So it was supposed to be a multi-cam shoot, but ended up being a one camera show shot from the backseat. For the audience it might feel like they’re a kid watching helplessly as their parents fight! Also rotoscoping myself out of the shots that were shot from the hood of the car was very strenuous, so I was happy to drop the second camera after the first day. That decision also gave the film its aesthetic look and feel that I think really plays well with the story. It was funny, when we finally got out of the car on the second day of the shoot (first at the gas station and then Fagervik village), we all felt relieved, free and like we could breath and act again. The Fagervik scene is actually the first scene that we really enjoyed shooting. The confined space of the car really started to creep in on us! All in all, it was a hard and emotional shoot that really took its toll on us and after wrapping we just went home and probably cried for a bit. We really pushed ourselves over the edge in our search for ‘real’. Still, it’s the best shoot I’ve ever had so far!

We really pushed ourselves over the edge in our search for ‘real’.

After wrapping we went to the edit, which was in itself super scary, as we would finally see if we failed or not. I actually hired someone to do the first edit, as I just couldn’t do it myself. When I saw the first version, I felt like I wanted to die and I think I cried a bit. It was horrible, all over the place and nothing at all what we wanted it to be. I felt like a complete failure and decided that “this was it, I’m done.” After a day or two I decided to do it myself, and we sat in the edit with Milla for a few months a couple of times a week putting it all together and it started to feel like we might have something here that we wouldn’t be terribly embarrassed of! I did watch the first edit just a few months ago, and it wasn’t that bad, actually. So we definitely learnt as we were doing.

After the edit was more or less ‘locked down’ we did the music and it really felt like pieces were starting to fall in to the right places. We did a one day reshoot in May where we shot mainly Joel lip-syncing to the actual audio from the takes that we used to get his reaction shots that we’d missed. It worked great and the film was done and we all got to pop some sparkling wine.