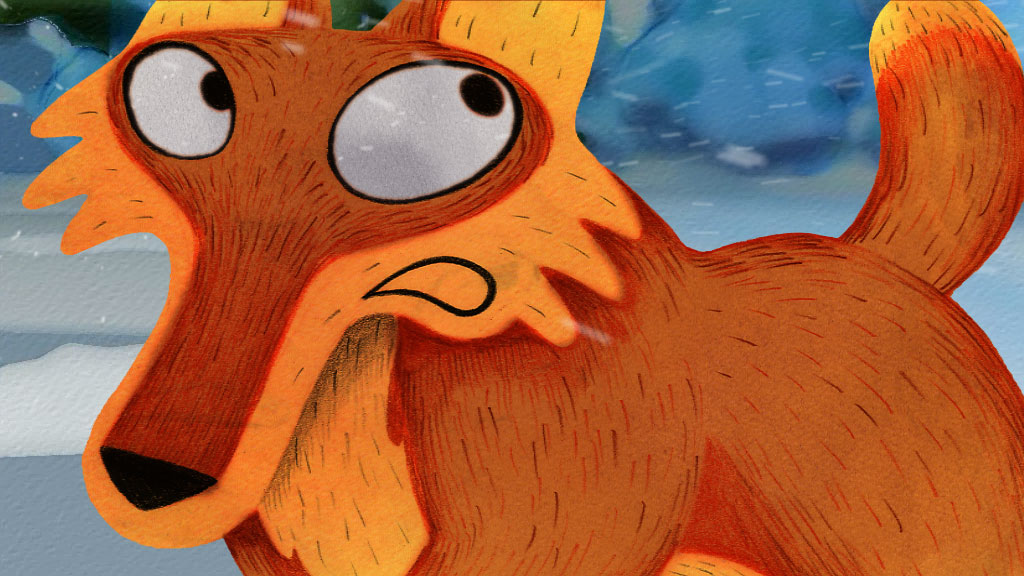 If you’re familiar with the film festival scene here in the UK, the name Iain Gardner might be one you recognise. Whilst I first heard of Iain because of his involvement in the programming of animated shorts for the excellent Edinburgh International Film Festival, we’re now getting to see why he holds that position, as he starts to release more of his own animated work online. Shortly after releasing his music video for the band LOOPER last week on YouTube, Gardner has now released his award-winning 2010 short The Tannery over on Vimeo. A 5:31-minute animation centred around a relationship between a fox and a rabbit after they’ve both entered into the afterlife, Gardner’s enigmatic short is a haunting watch, that’s bound to provoke many interpretations and readings long after viewing. With this in mind, we spoke to the animator/director about his ethereal animation and why he chose to unleash it online now:

Where did the concept for The Tannery originate?

It’s an odd one this, as I was round at a friend’s house one evening and my vague recollection of it now is that he was telling me of his grandmother’s Fox stole which spontaneously combusted. I just had this image flash in my head that the Fox’s soul, heartbroken at seeing it’s skin separated from its body after death, had somehow destroyed the fur from beyond the grave; therein lies the basis for a whole different story, but that moment was the genesis of the universe in which this Fox would exist and the story eventually told in The Tannery.

I once described in an interview with a reviewer whilst the film was doing the festival circuit that alcohol had been involved that night, and someone reading it took umbrage with that. So alcohol was only a mitigating circumstance.

I scribbled the sentiment down on the first available piece of paper in the room, as you can see! 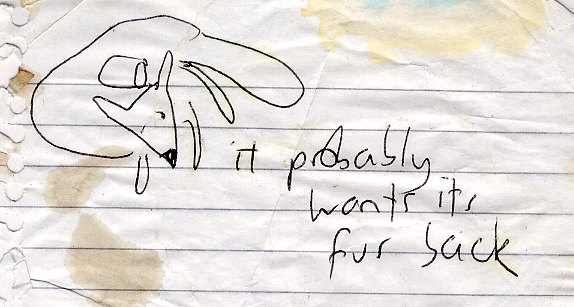 Although centred around animals, the core of the story features topics we should all be able to relate to – what is that you hope an audience takes from viewing your film?

It definitely wasn’t to proselytise people against the fur trade; I know that’s an easy conclusion some have made given the content of the film, and I recall during the script development being irritated with people who wanted to max that element up to 11 as they just weren’t understanding why I was making the film!

Like countless other people on our planet, I had experienced a pretty heavy dose of heartbreak which floored me for over a year. It was pretty intense, and I’d felt I’d lost a lot of ground creatively due to being so maudlin over that period of time. At a point where my self confidence was coming back, I wanted to channel the experience into something productive, so in essence I wanted to try and project that feeling of that heartbreak onto an audience through animation. I guess the jury is out on whether or not I succeeded in that, but my intention was to try and get at people’s gut and make them feel that nausea of being heartbroken! 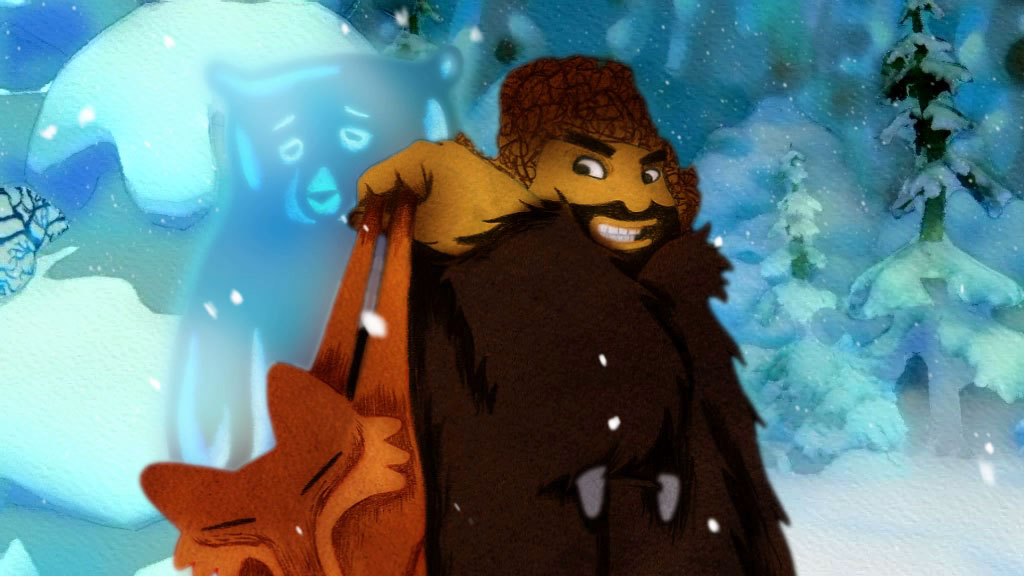 The film has had a successful festival run, why have you decided now is the time to release online?

Now represents a good time as there are other projects I’d like to get off the ground and it would be nice to let people see what I’ve previously been capable of. The film has felt quite invisible after its festival run came to an end. Since The Tannery was made I was dedicated to the programming and delivery of ‘McLaren 2014’ with the Centre of the Moving Image in Edinburgh, in partnership with the NFB. That was a big UK wide celebration commemorating the Centenary of Norman McLaren. Given the flourishing animation scene in Scotland (Axis Animation, Kolik Films, Will & Ainslie to name but a few) it just felt important to recognise the world wide influence of such a famous Scottish born animator back home. Now 2014 is over, it’s time to get back to making my own work!

I’m loving TVPaint at the moment – it’s been such a revelation to animate by hand with such immediate results. So there’s wee bits of commercial work where I’m pushing that technology as far as I can. Aside from that, I’ve been researching a story which I’d like to translate into a half hour film – a tall order, I realise, and a bugger to raise finance for, but since the very start of my own love affair with animation I’ve been inspired by long form films such as Frederic Bac’s The Man Who Planted Trees, – such a powerful story, and timeless in its realisation. I started work on that particular half hour proposal whilst resident at the Abbaye de Fontevraud writing residence in France. Failing that, I’ve a few shorter form ideas I’d like to work up as well. It’s strange how ideas sit in sketchbooks for years and then suddenly come out of hibernation! So we’ll see – I just completed a music video for my friends in the group LOOPER, so it’s nice to be animating again. I also programme short form animation for the Edinburgh International Film Festival; sadly we’ve not gone public with the selections yet, but if you love short animated films, I’d recommend you get yourself to Edinburgh between the 17th – 28th June 2015!