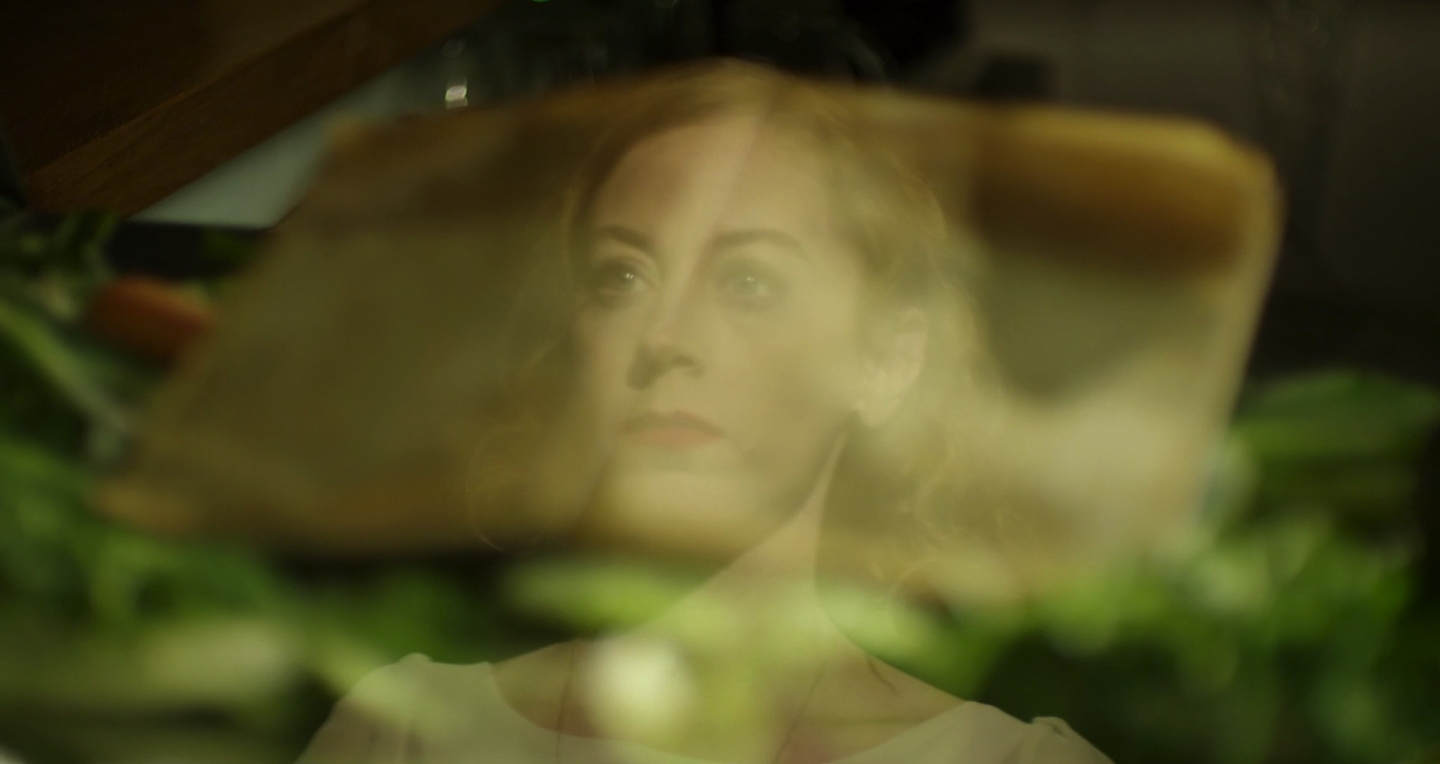 In the opening moments of Marc Grey’s abstract short Night Before The Morning Sun a woman hovers in the state of suspending being which exists between sleep and wakefulness, hunting for an answer which eludes her conscious mind. Grey takes us through the challenges of producing a film centred on the nebulous and often counter-narrative logic of dreams and memory.

Night Before The Morning Sun basically came about through the marriage of the first two shots. I was stuck on this image (my own) of a woman pulling a rolling suitcase up a street – and then I saw the Hopper painting Morning Sun and realized that she was the same woman – and from there it came together very naturally. I was thinking about a woman in transition, who is looking for permission to create, to be an artist, and at the time, I thought of her as a bit of an aesthete, like a person for whom life itself is a piece of art. So then to see a character in a painting, a piece of art, captured precisely in a moment of transition, caught between two worlds – something clicked, and I suppose I got the permission I needed to make this film. So the film became about “waking up”.

The duration from script to finished film was about two and a half years. It was shot over six days, mostly in Tel Aviv, with our Hopper mock up built on a sound stage at the university. The night before we started shooting the film, DoP Kamil Plocki (who I met in NY when he shot my first short East River and came over from Poland for this shoot) and I went over to Production Designer Liron Minkin’s studio for a meeting, and were both surprised by the color she was going to use for the wall of the room. We’d had a lot of discussions about color, trying to get a handle on the palette of the painting – some prints had it looking green-blue and others, more of a yellow-brown. At about 3am that morning (Tel Aviv time) we called the Columbus Museum of Art, Ohio where the painting was held to try to get to the bottom of it. In the end we were connected to the guard on duty in the gallery, and she described the color to us over the phone. We also spent one day filming the desert scene near a site called Nabi Mussa, an ancient Islamic pilgrimage site some consider the tomb of Moses. The caretakers of the mosque were super cool and helped us out when a windstorm sent most of our set flying.

Once we’d wrapped I had to work and make some money, after which I produced my friend Adam Bizanski’s short film Paul as a sort of karmic way of thanking Eli Berger, who produced Night Before The Morning Sun. So the film sat in the can for almost nine months before we did an offline edit and the score with mega-talented Composer Asher Goldshmidt, during which time both Editor Yinon Porat and I were working full time on other stuff. We also completed a successful Kickstarter campaign in that period to cover the rest of the cost of post-production.

Animator Adam Albo and I looked everywhere to find a common language for the light spots (phosphenes) Suzanne sees when she closes her eyes. We eventually found it in an Arthur C. Clarke documentary about the Mandelbrott set called The Colors of Infinity. Compositor Ilan Weintrob worked nights on something like 40 shots in the film. His home studio is in a shed in his backyard beset by mosquitos. We spent a lot of nights there together. Ilan is Rambo to mosquitos – his kill count on an average night was in the high 40s with no light other than the monitor’s flicker. 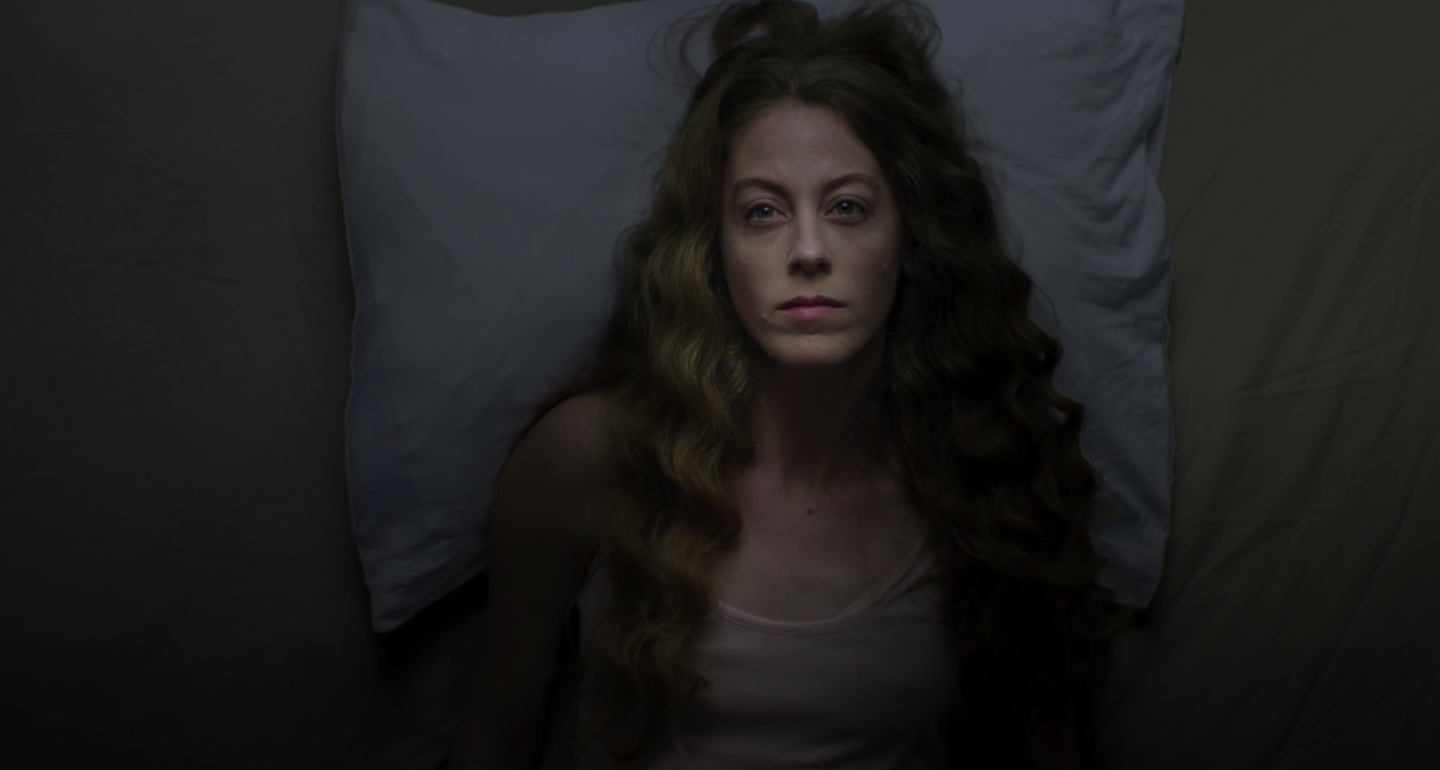 There was so much dedication to this project from the team. For example, our Colorist Ido Karilla got into an accident on his motor scooter on the way to the online edit. He came anyway and worked through it, bleeding, so that we could make a festival deadline – probably one that we didn’t get in to :-). Generally I’m in awe of everyone who worked so much harder than I could ever have had the gall to ask in order to make the film – the production team, the cast, the crew (particularly lead Shiri Ashkenazi who was so often alone on camera), the post team, and especially everyone who backed us on Kickstarter, including a complete stranger who kicked in $1000! It’s just amazing.