1.4 Founder Lyndy Stout Talks Curation & the Launch of the Awards for Brilliant Filmmaking 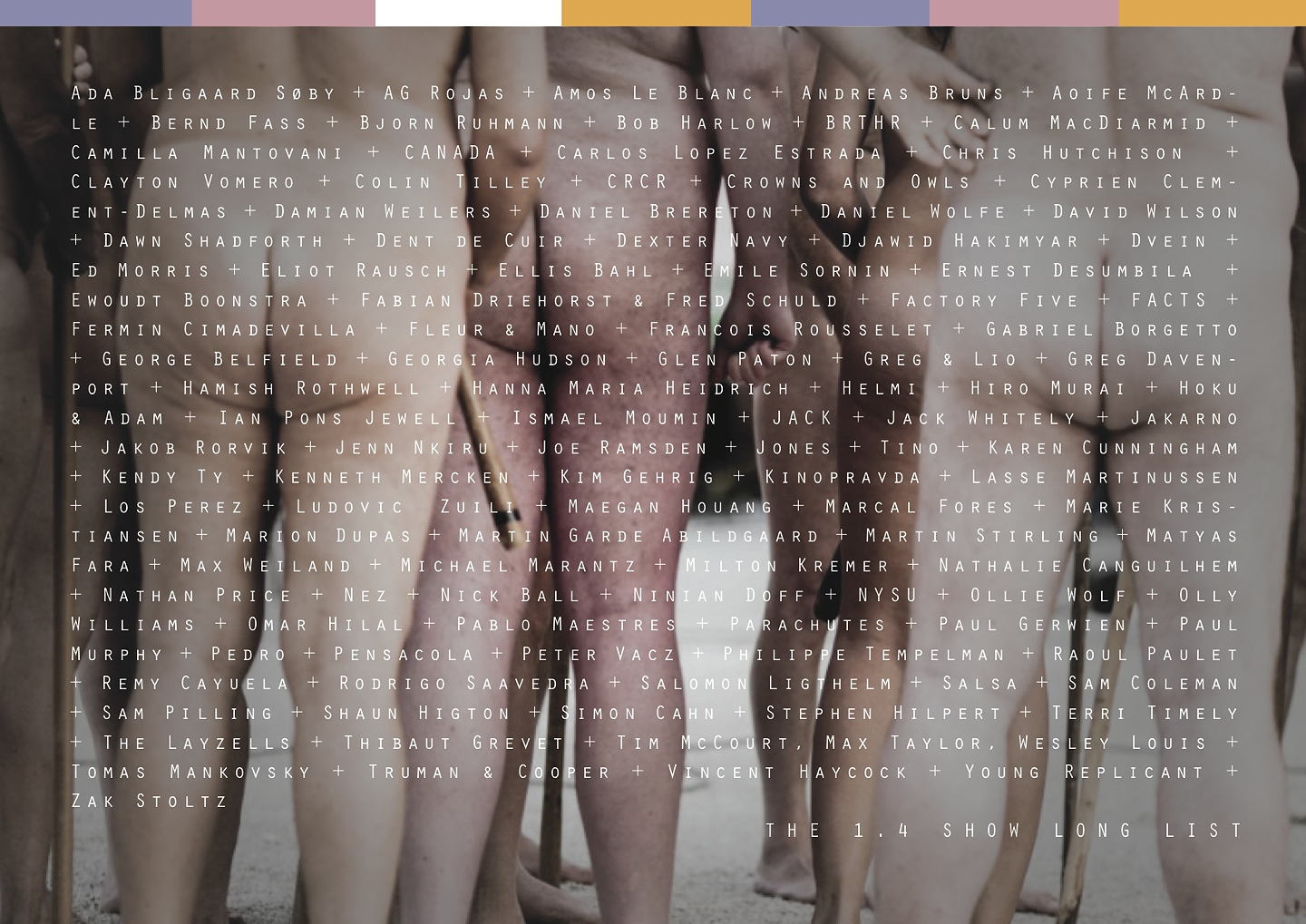 Despite our firmly held belief that all search engine requests even remotely connected to film should point straight to DN, there are of course other sites out there which do a stellar job of highlighting the best that filmmaking has to offer. One such destination worthy of a bookmarked place in your browser is 1.4. Founded by curatorial veteran Lyndy Stout in 2012, 1.4 has consistently been a much needed championing voice, showcasing some of the best directing talent in short form filmmaking through its trusted curation and interviews.

Last week 1.4 took that mission to the streets of Shoreditch with a celebration of the first year winners of the New Directors Award – Golds scooped by Clayton Vomero for Gang (New Directors Showcase) & Dawn Shadforth for Hurts (Flying High Directors Showcase). After having the pleasure of attending (& dancing at) the inaugural awards ceremony, DN caught up with Stout to find out more about her mission to give more exposure and recognition to directing talent and the torment of choosing a favourite from your favourites.

Your illustrious career has included positions as deputy editor of Creative Review and editor of shots for over 10 years. What was the spark that led from those roles to the birth of 1.4?

When I left shots my intention was to create an irreverent magazine for older chicks. It was going to be called Mutton. But while I was exploring that idea I made a Straight-8 film with Dave Waters, one of the smartest and nicest guys in advertising, who mentored me in the process of making a film, albeit a really short one. And we won! So I got to go to Cannes film festival. That creative collaboration absolutely rekindled my intrigue about the process of making films – how you evolve something out of nothing? – and it’s a mix of luck and hard work. It felt more natural to create a website about short form filmmaking. I’ve always believed you have to work and be involved in something that you’d still want to do even if you won the lottery.

The explosion of increasingly affordable filmmaking technology and online distribution platforms has resulted in a period of abundance for shorts. How do you think that shift has affected the role of the curator?

I don’t think the role of curator has changed – there’s more work to view which is a good thing but it’s still down to personal taste which I guess evolves through experience. After viewing creative film work for two decades you know when you see mimicry or repetition. I’m always on the look out for fresh film voices telling stories in new ways.

I’m always on the look out for fresh film voices telling stories in new ways.

How does work make its way on to the pages of 1.4? Are there particular criteria films need to meet to be considered? Is there a team working behind the scenes?

I wish! I view everything, but a lot of work comes in from valued and respected people, many from other young directors saying ‘hey have you seen this…’ and I know if they like it I probably will too. I like to track directors, it’s very exciting watching directors who I’ve “discovered” and have given an airing on 1.4 become signed to a production company and start doing really exciting work. Although some directors, and I love the wild cards, carry on independently creating searingly great work. There’s no special criteria – although films are rarely over ten minutes. It’s simply all about excellent filmmaking where the idea and the craft come together really creatively.

You’ve been at the bleeding edge of discovering and exposing great work for many years. What resources do you consistently tap to discover your next big crush?

Every now and again I have a burst on the net looking for work, idle days cruising through production company sites, but usually work is sent directly into me at 1.4.

One of the strengths of 1.4 is that alongside strong curation you also explore the creative processes and intentions of the featured filmmakers. What do you strive to reveal in your interviews?

I’m still completely awe-struck by how directors make their films from their treatments of scripts to the filmic language and techniques they use in production and turn them into pieces of art. Directors are so clever and need to have so much talent, tenacity and skill technically, artistically and collaboratively. There are so many elements to consider – the script, music, sound, effects, lighting, editing, post – and it either comes together brilliantly or misses. It’s a fascinating process.

Filmmakers still tussle with the question of going an online vs festival route with their shorts. Do you feel one approach over the other better serves a film and/or a director’s career progression?

They both have their merits. They’re two different measuring sticks to gauge the public’s reaction to a film. Posting music videos online as soon as they are released makes sense as it’s all tied in with promoting the track. And it’s very encouraging for directors if their short film starts collecting laurels on the festival circuit. I guess for longevity the best route is festival and then online release. I sometimes think festivals are a little too precious about exclusivity – isn’t it enough seeing it up on the big screen and being part of the festival vibe and events? There’s so much work out there that the audience probably hasn’t seen it online anyway. 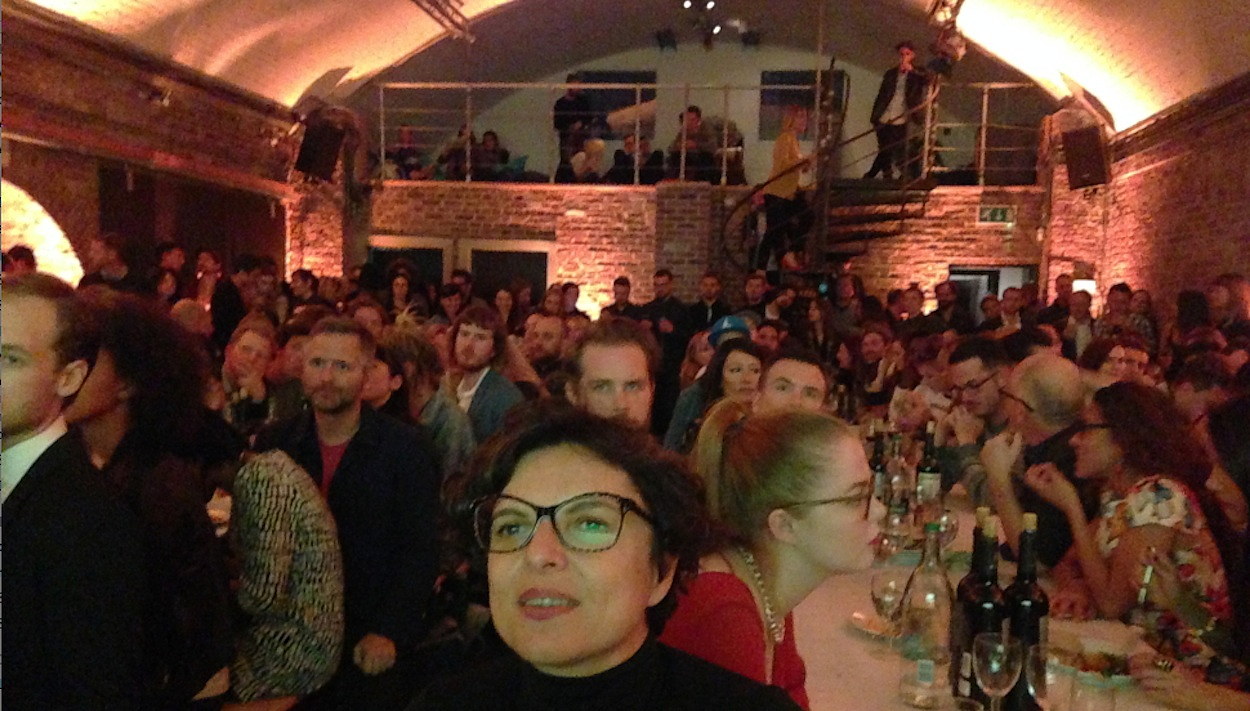 As a site 1.4 has been running for nearly four years now, what prompted you to launch an awards celebration of the work you love?

It’s about giving more exposure and recognition to directing talent. New directors blossom when they have a production company backing them and the Flying High Directors Showcase is simply about genius work. Apart from producers there were quite a few musicians in the audience sussing out the talent too.

Unlike other awards, the 500+ submissions weren’t pared down by a judging panel or sorted into distinct categories. Why did you decide to move away from the ‘traditional’ awards process?

Ha! I still wish actually I had had a jury panel to hide behind, but the thinking was to create an event that expressed what 1.4 is all about: a selection of brilliant filmmaking without any other persuasive elements that would affect the outcome. The heartbreak for me was cutting work out of the final selection that really should have been included but wasn’t because of time restraints. I’m still haunted by it. But I will be profiling a lot of these directors and setting up a new section of Ones to Watch on the site.

What would you say is the shared quality common to all the shortlisted films?

Brilliant filmmaking where the craft and idea come together magically.

1.4 is about creating a community, rather than running a site to carry ads.

With Apple last week enabling the use of iOS ad blockers publishers have raised concerns about the negative impact on their business models. As the owner of a self-funded site how do you see sites like 1.4 being able to continue long term?

1.4 is about creating a community, rather than running a site to carry ads. The bottom line has never been the main focus, although through the awards I’m hoping 1.4 will be able to pay for a couple of pixies to help out. Actually we have a new website and the logos of our supporters are up there but I see these more as mutual loyalty badges. None of them were aware that it was going to be an “Awards” night with real metal being handed out. They simply dipped into their pockets to make a party happen. How cool was that!

And finally, where will 1.4 be setting its sights next?

Anywhere that’s not corporate. Among the wonderful emails I’ve received I particularly like this quote from one of the directors featured:

“I think it was maybe the most classy yet cosy and intimate award show I have ever attended. It kind of felt like one was at someone’s private house for a very special event – and the quality of the creative work was very high. I felt like I was amongst the very best that night and also that I was a part of the glorious future of filmmaking.”

So that’s the direction where we’re going to keep going!