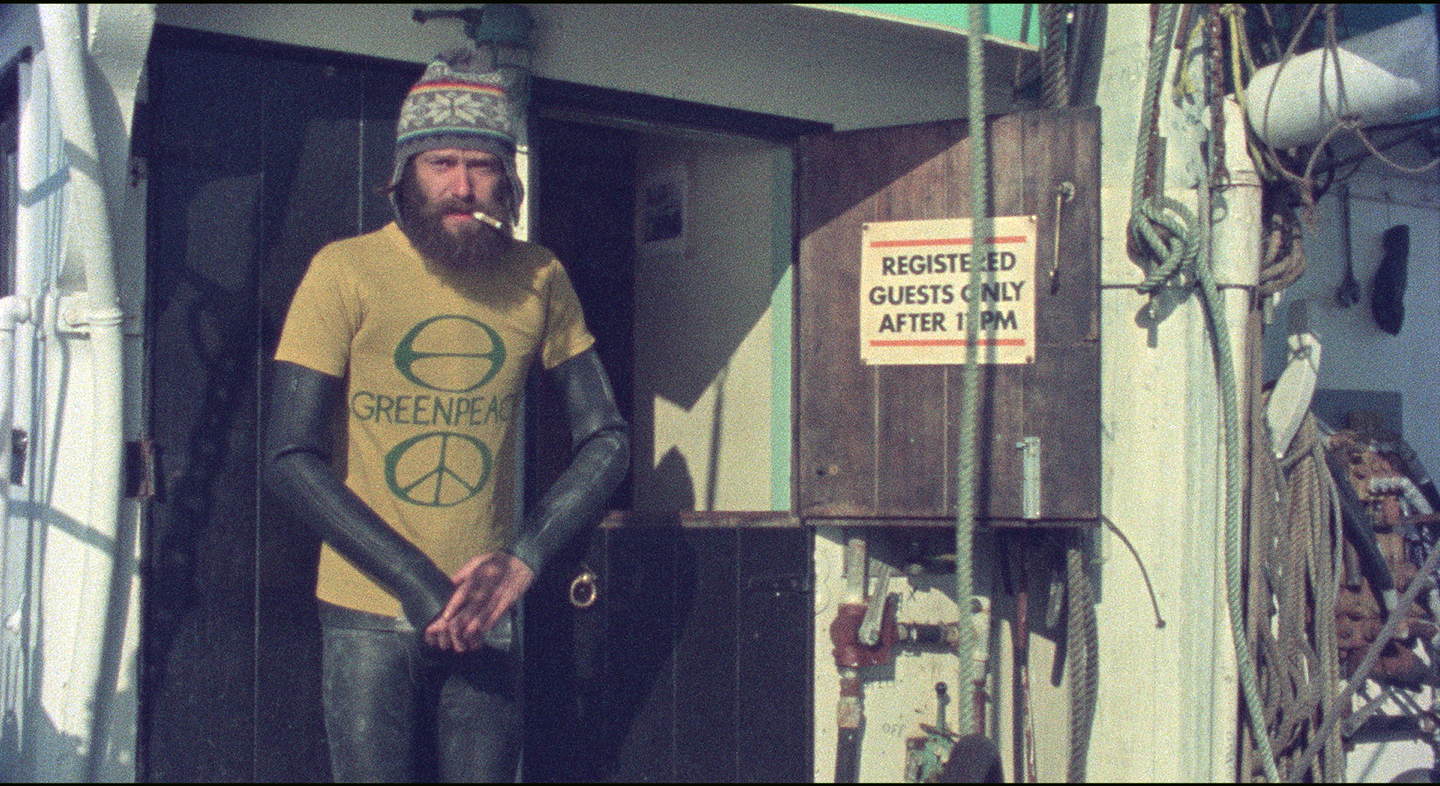 Before Greenpeace become the well resourced international organisation of global reach we know today, a group of well-intentioned Vancouver hippies, galvanised by their opposition to Richard Nixon’s atomic bomb testing programme in Amchitka, Alaska, banded together with the mission of making nature famous and in so doing gave birth to modern environmental activism. Director Jerry Rothwell returns to DN to discuss new documentary How To Change The World, which charts those early years of camaraderie that led to the formation of Greenpeace and how the shared idyllic goal of saving nature slowly became plagued by infighting and personal disputes.

Where did the impetus to tell the story of the origins of Greenpeace and the shifting dynamics of its founders as the movement grew come from?

For me the starting point was the realisation that there were around 1500 cans of 16mm in the Institute of Social History in Amsterdam which included the rushes shot on board the first Greenpeace boats. I remembered as a teenager the impact of the whale campaign footage on television and I was interested in the story behind those images. I’ve always been interested in how radical organisations form and grow, so it seemed a good opportunity to explore that through this material. At the time I don’t think I really knew who Bob Hunter (first president of the Greenpeace Foundation) was, but I started reading his books and loved his honest, humorous writing about those years. I’ve been part of many organisations which try to operate collectively so I guess I have antennae for the difficulties humans experience when they get together to do a project and want to do it without the hierarchies of a corporation – but I only really became aware of the extent of the conflicts within early Greenpeace when I was researching. I think we’re in a phase which is perhaps a bit like the end of the sixties – the death throes of one kind of social organization and the emergence of something different – or at least the need for it. I was also interested in how older people thought about their radical past. I thought maybe we could make a film in which the lessons of that period became visible to a younger generation.

When we last spoke back in 2012 for Town of Runners you were already knee deep in the Greenpeace archives. Was securing funding a challenge and how did the Documentary Campus development lab help you move the project forward?

It took around 7 years from first idea to finished film – and much of that time was raising finance. I wasn’t only working on this film – and made Town Of Runners and Donor Unknown during that period. I don’t think it’s necessarily a bad thing when a film takes a long time to finance. It gives time for the idea to gather depth and meaning, means you can go deep into the research and develop stronger relationships with the participants. Sometimes I think you can raise funds too quickly, and the film suffers as a result, because you get locked into a schedule before you’ve really had a chance to explore what it’s about. Discovery Campus was the first time we took the project out into the world, in 2008. It really helped us develop the story and believe that our instinct about the film had potential.

The narration is just one element in a contested history, rather than given the privileged role of telling us an objective truth.

How to Change the World is based on founder Bob Hunter’s writings which raises questions of narrative perspective. Was that a concern for you in attempting to find the ‘truth’ of the story?

In recent films where I use narration, I’ve always tried to make it a partial, character-led perspective, rather than a Voice-of-God narration. So Town of Runners in narrated by Biruk, one of the children in the film, who has a kind of bystander perspective on events, but he’s telling his point of view. In How To Change The World I use Hunter’s writing to intervene with a kind a caustic commentary on the story, again a bit distanced from the action and the testimony from interviewees. So the narration is just one element in a contested history, rather than given the privileged role of telling us an objective truth. Of course that doesn’t mean that the film doesn’t seek the truth of the story – but through the combination of all the elements of the film, not just Hunter’s narrative voice.

Given the mass of unindexed footage contained within the Greenpeace archive, how did you approach the task of cataloguing what you had on hand and identifying the gaps which needed to be filled from other archival sources?

Fairly early on I developed a scene structure for the story – around 35 scenes or so. I knew I wanted to tell the arc from first voyage to the dissolution of the Greenpeace Foundation (and its transformation into Greenpeace International), when many of the early founders left, a bittersweet moment for them all. The archive was very strong in some areas – of course they shot a huge amount when on specific campaigns – but absent in others: no organisational meetings for example, nothing really domestic. So with the help of brilliant archive producer Elizabeth Klinck we started trawling news outlets, broadcasters and personal archives. In the end about 70% of the archive in the film came from Greenpeace and 30% from other sources.

As the film reveals the inner workings and machinery behind the Greenpeace movement so too is the documentary’s production process exposed. What prompted that style of delivery?

Much of the material we were working to was shot for what you might call propaganda purposes – with an awareness of the impact an image could have. We hear Hunter, at one point say ‘This is a film thing’ and elsewhere ‘this is theatre’. So the ethics of image gathering is one of the underlying themes of the film and it felt appropriate to break the fourth wall in the documentary as well, seeing sets, equipment, the process of settling down to interviews and so on – to keep an audience thinking about the way stories are a construction and that Hunter saw the campaigns he led as stories first of all – that was his genius.

Hunter’s inner monologue is brought to life through Steve Smith and Julian van Mil’s animated sequences. How did you work together to find a complementary approach to the filmed material?

Hunter started out as a comic book artist and novelist, and when thinking about how to find a visual space for his writings, drawn animation based on his comic style seemed a possible answer – as though the film was a sort of retrospective comic he had made of the Greenpeace story. We moved quite a way from that, rightly I think. Steve and Julian helped develop an animation style which could incorporate drawing, photographs and distressed film which we felt could bind it in with the 16mm archive.

How did you come to arrive at the ‘rules’ chapter structure?

I always thought the title How To Change The World (which was there from the very beginning of development) as an ironic title in a way – it’s a little absurd to suggest there is an easy answer to the question of ‘how to change the world’. The film is about the process of making change – but it’s about mistakes and dead-ends and failures as well as successes. And it’s certainly not a how-to guide; it’s a film about activism, rather than an activist film. Hunter’s books often contain very pithy turns of phrase about their experiences – sort of zen mantras about social change. They’re usually a little counterintuitive and not quite seriously meant, like ‘Fear Success’ – and given the title, it seemed right to use these in some ways. They were useful to mark time jumps and theme changes in the film, which otherwise might have been more convoluted, so whilst they seem to divide the film up into five chapters, I think they help with its economy and cohesiveness.

The film is about the process of making change – but it’s about mistakes and dead-ends and failures as well as successes.

How Greenpeace sanctioned is the final documentary? Did they attempted to exert any editorial control in exchange for access?

Greenpeace didn’t have any editorial control over the film. I showed a cut to Greenpeace UK at the end to see if they would get behind the release, but not to offer opportunities to change it. I’m not sure you could make a film like this, which is about a very different time and a group which is fundamentally different from today’s Greenpeace International, if you were in thrall to the more immediate needs of the modern organisation. I think the head of Greenpeace International archives knew that and really wanted the film to be made, so he gave us total freedom to make the film we wanted to make. We the accessed the footage as an archive licence deal and in return did high res 2k scans and restored and synced 20 hrs of footage which the archive holds for posterity. I think if it had been a Greenpeace commissioned film it would be very different.

Hunter was extremely savvy about the power of images and a media narrative – did any of his techniques influence this film or your approach to getting it out into the world?

Hunter was a student of Marshall McLuham aware of how the new media at the time – broadcast television – was changing the way stories circulated and how this could be used to change people’s political awareness. In a way the ideas he put forward have become commonplace. His concept of the ‘mind bomb’ is, as someone in the film says, the equivalent of today’s ‘viral media’. So I don’t think we specifically drew on Hunter’s ideas to market the film – but of course, we recycled his ‘mind bombs’. 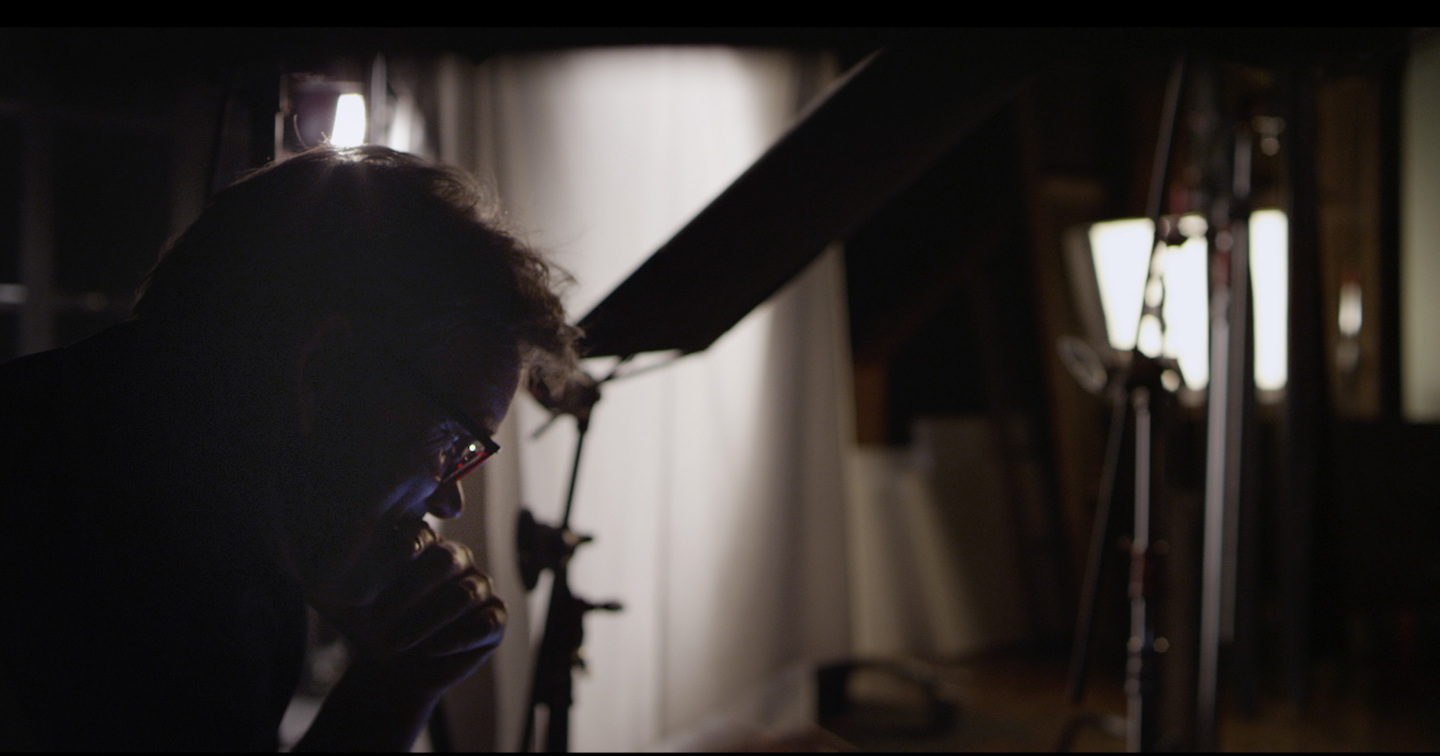 Your new film Sour Grapes unfolds in the world of wine, can you tell us a little bit more?

It’s about a wine fraud which took place during the finance boom in the US, when prices of rare wines rocketed, and a young collector, Rudy Kurniawan, sold millions of dollars worth of rare wine which turns out to be fake. I guess it’s a detective story about authenticity, money and gullibility – as well as about wine.