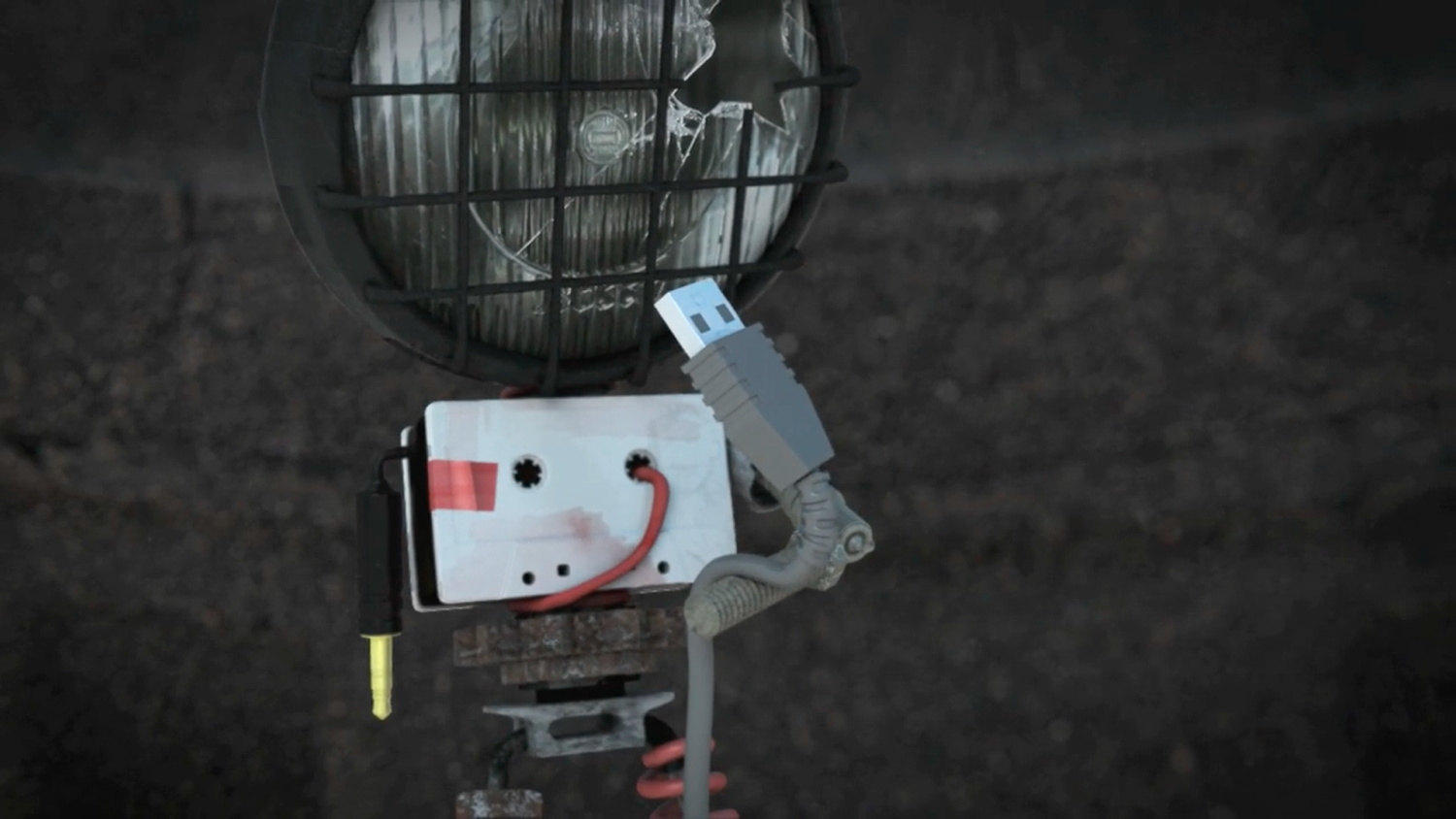 Building a cute composite character which evokes feelings of empathy in an audience is often a challenge more difficult than it at first seems, but one which animation Director Quentin Haberham met for his junkyard short Jack. We talk to Haberham about how the design of his lonely hero dictated the environment his story unfolded in.

Jack may be constructed from forgotten pieces of junk but he oozes cuteness and empathetic feelings. How did you go about constructing him?

I was first inspired to create something from materials around me when I watched Kuky se vrací. Jan Svêrák uses interesting materials from the environment of his film to define the character of his puppets. From there on I scavenged my father’s garage to look for anything interesting. The design process was fairly straightfoward. I started with the headlight as a head and then used the cassette as a body. I looked for smaller parts for the limbs. Because I was studying 3D Computer Animation at the time it made sense to me to model the character so I could animate it digitally.

How did Jack’s hodgepodge form shape the story?

Once I designed the character I knew I wanted it to look for a missing body part. That inspired most of the obstacles and objects for it to interact with. I was really interested in visiting junkyards and so decided to film on those to find an environment for the film. I had story beats but I skipped the storyboards. I just kind of looked for settings in what I came across on the junkyards. Most of the junkyards would let me roam around freely. There were some that were really weird about someone crawling around filming their scraps of metal. I just told them I was an art student and they let me get on with it.

The film began life as a fun, personal ‘skills improvement task’, how did that expanded into the finish piece you have now?

I developed the character and visited the junkyards in the summer of 2011. It was my first animated short film and I had no idea what I was getting into production-wise. I thought it would just be like an exercise, but I soon realized how much work it really was. By the time I realized that I had become so attached to the film that I had to make it. There was no opportunity to work on it during the first and second year of my school curriculum so I decided to work on it in my spare time. It was definitely a labour of love.

Dennis Braunsdorf’s light and airy score is well complemented by Sam Huisman’s sound design. How did you collaborate to achieve the correct sound and tone for Jack?

Dennis arranged and directed a string quartet to play his score for the film. I was looking for a light, playful tone and Dennis suggested to use pizzicato, plucking of the snares. It fit the innocent nature of the film. Sam and I had fun recording foley for the sound design of Jack. For the shock effect I animated to his sound design. They were both a real pleasure to work with.

You’re currently studying Directing Animation at London’s National Film and Television School. Any ideas as to where studying at the NFTS will lead your work?

The NFTS is really great for developing your storytelling skills. That’s what I felt like I needed to improve on so that’s why I applied. So far I’ve experimented a lot with using different materials and textures in a narrative way. I find working with random materials great because the characteristic of the material can be used metaphorically to talk about feelings that would be difficult to express in words.