A mix of anonymous dance, angular architecture and VFX mutations, all delivered in beautifully textured black and white cinematography. Alan Masferrer’s Love Is A Lonely Dancer brings London duo Antony & Cleopatra’s dance track to delightful surrealist life. Alan tells DN how he and his team built the film’s stylistic pallet and still managed to shoot a second music over the same weekend.

It’s been a few years since you last joined us with A.M.A., what’s been keeping you busy since then?

I’ve been pitching for more music videos and shooting some of them, like Mermaid of Salinas for The Basement Jaxx (that got shortlisted at the UKMVAs) and Full Circle for George FitzGerald (probably my most personal job so far). I also shot a music video for Josef Salvat that will never be released unfortunately. It was a hard experience because I really loved the video, but I hope to have learned a good lesson anyway. In the meantime I also started working on commercials for the Spanish market mainly.

The contrast of the overblown wigs with the black leotards combines perfectly with Love is a Lonely Dancer’s b&w cinematography. I read that inspiration came from The Seventh Seal – what was your method of permeating your stylistic influences across departments?

Honestly things came in a very natural way, I wanted a very simple ‘mise en scene’ with minimal elements, black and white photography and a few clone dancers, so the inspiration from The Seventh Seal was mostly taken in a formal way. The stylism had to work in that way too. Initially I asked for overalls, but we didn’t find any satisfactory ones, so we had to go for the classic dancer’s suits. I needed them to be black to merge Anita’s face in a natural way, but at the same time I wanted to keep some parts of the body uncovered to create a contrast. Then I thought that a overblown wig could help the dancers to stand out in front of the backgrounds, and I took advantage of that to cover the faces totally, so the idea to make Anita’s face appear on the rest of their bodies made more sense, creating a sense of hiding-escaping. In the end, we realized that coincidentally they looked a little bit like Sia’s signature style, but I didn’t care as I thought that could create an interesting ironic reading.

This was actually one of two videos you shot over the course of that weekend (the other being Full Circle for George FitzGerald). Did the decision to optimise crew across projects affect your usual production process?

That was a crazy idea from my producers! The budget for this video was very low, so this idea let us to have more resources for the project, like a cool camera kit and lenses. We planned it as a single project with two shooting days, but reality made an appearance on the second day with the shooting for the George FitzGerald one – it was too demanding a project technically and required two days just for itself. Ultimately we were able to achieve it (and in a very satisfactory way) due to the huge generosity of the crew who worked many more hours than usual and with an extremely positive energy. I’ll never be grateful enough to all of them.

I love the interplay between Anna Hierro’s choreography and the striking architecture of your location. What dictated the ways you combined the dancers’ movements with the space?

I looked for an abstract location that allowed us to work geometrically with the dancers, creating an interaction between each other. I wanted them to look very impersonal, as if they had no soul, but looking like they were trying to escape from themselves. We got this subtle contrast due to the superb Anna and the dancers’ professionality, who did amazing work with very little time to rehearse.

I wanted them to look very impersonal, as if they had no soul.

The image has a real textured depth to it, what steps were taken along the way to arrive at that look?

We planned it in b&w from the beginning, and although we used a color camera (Arri Alexa), we shot it using the same filters you use to shoot in pure b&w, so it was a very deliberated direction. We were very lucky and we had a cloudy day that helped to make it look softer. Then my fantastic colorist, Xavi Santolaya, did a very special grading, looking for something ‘retro’ but contemporary at the same time, and finally he added real 16mm film grain to get that rough texture. Usually I’m not very inclined towards this kind of manipulation, but in this case the footage really asked for it. 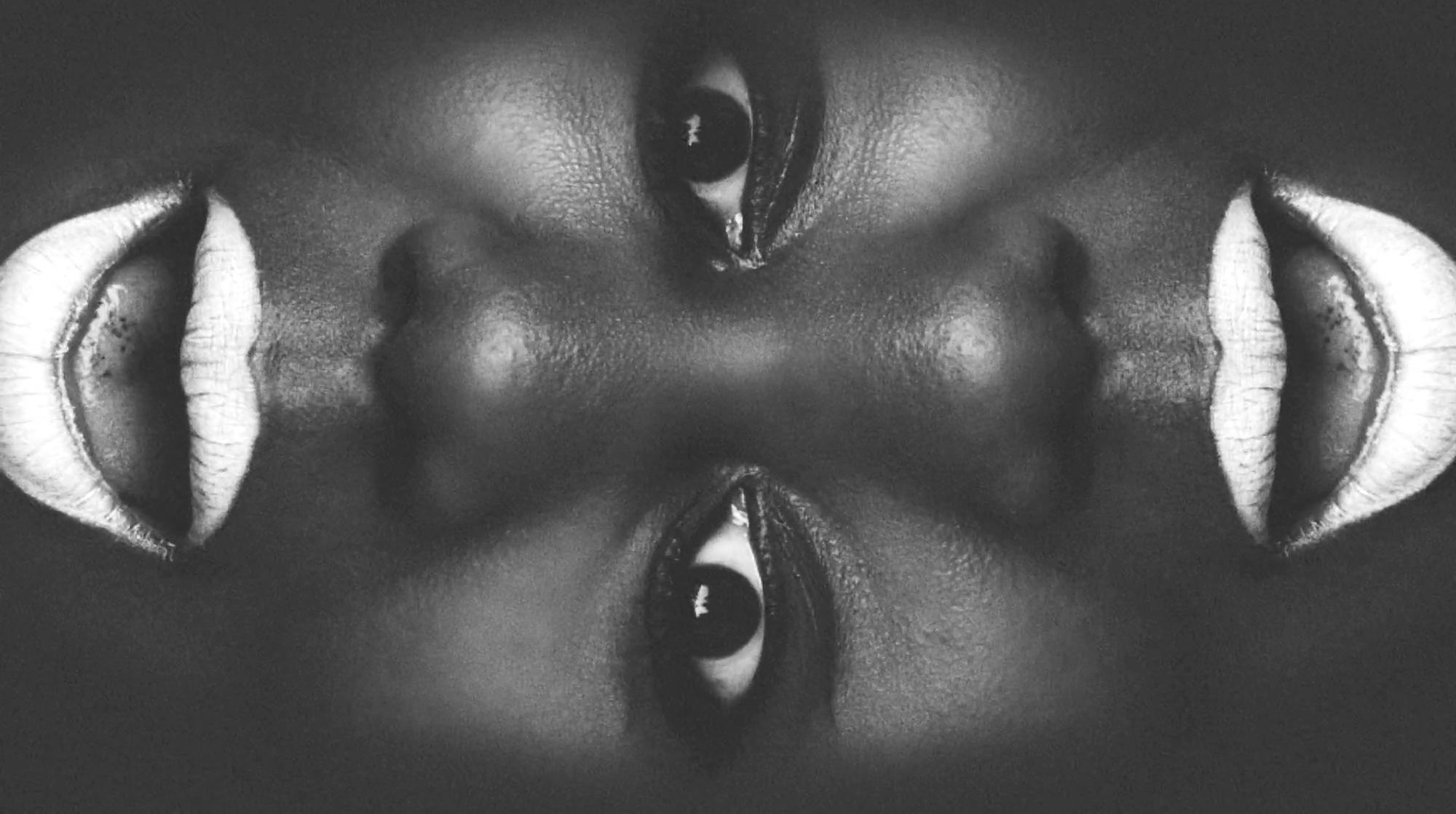 Nico Zarza’s VFX work is mesmerising and unnerving in equal measure, what shooting considerations did you employ to make his life easier? Was there much room for experimentation with the final forms?

The most important thing for me was to use real footage to make the compositions look more organic, discarding any 3D CGI. Before shooting we drew some drafts to design the composition of the main shots – I wanted Anita singing in some of the images and we needed to plan exactly which shots we needed from her – but we left the compositions pretty open. It was uncertain because none of us had ever done anything similar, so we weren’t totally sure of how it would look in the end, but he’s extremely talented and he got a much better result than I could have imagined. He even pushed me to be more creative and to plan more difficult compositions. He definitely deserves the biggest credit on this project as it would have never been possible without his huge talent and energy.

I’m about to finish a very exciting project for Klyne (Because Music) featuring Dasha Sovic, a contortionist that worked with The Cirque du Soleil, and a real octopus. Nico is collaborating again but this time he’s experimenting with striking CGI compositions. I couldn’t be more excited about it! On the other hand, I’m also working on a commercial for Beefeater that is keeping me pretty busy and excited as well.