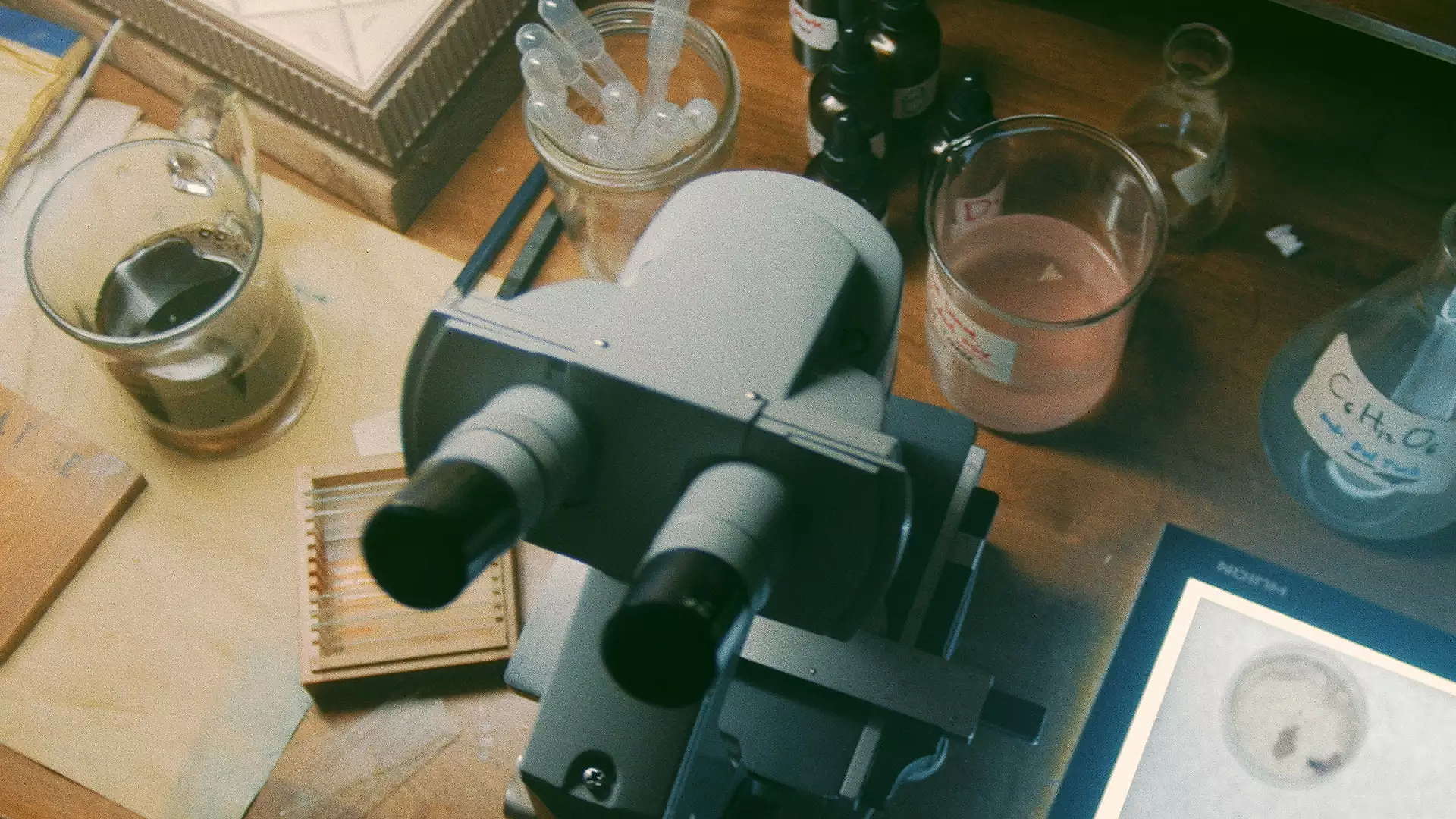 According to the well known idiom when you find yourself making little headway on a project, repeatedly banging your head against a creative brick wall, counterintuitive as it may seem, perhaps the most fruitful solution is to walk away and do something completely different for a time. This was the lesson learnt by today’s guest Director Zach Zombek who describes how he gained a new perspective and renewed vigor for his transformation short Atoms of Uncontrollable Silence after a fruitful leave of absence.

Atoms… was inspired from a place in my mind that desired to understand and answer the questions that couldn’t be answered or understood. I believe each and every human has that in some form and to some degree. There’s so much out there that we don’t know and I think that there’s importance in that. For a good portion of my life I would trivialize anything I couldn’t wrap my head around. I was sort of bound to the headspace of purely what I could understand. I wanted to challenge that with this film. And if not through the script itself, at least through the use of awesome visuals/sounds.

This film was initially brought about as my junior thesis for film school, but I wasn’t too happy with the result after the first cut. So, I took a many month break from the film entirely, released my film AWAY, and focused on promoting that film for a long while. About 9 months ago I resurged interest in the project by editing a trailer together. I took on the film again from a clean slate perspective and spent the next 9 months shaping the edit, completing all of the VFX shots, and forming the soundtrack.

We shot the entire film on a shoulder mounted Panasonic GH4 in the span of 12 hours. We shot at 1080p resolution because initially I wanted a wider look to the film, and the GH4’s 1080p was a lot wider than it’s cropped 4K resolution. After re-editing the film I removed nearly all of the wider shots, so shooting in 1080p is something I now regret. The room was only around 250 sq-ft, dressed entirely from scratch. Since the room was so small, we had to light the entire set using practical lamps (except for the last minute of the film in which we rigged three 650w fresnels together and panned them over the window). In order to shake the desk props, we used a portable massager. Since the massager was too small to vibrate the entire desk, we had to place an empty drawer in between the desk and the props.

The score was actually one of the first things I did for this project. I had developed a rough track and I wrote out the concept and script while listening to that track. Since I was my own editor and composer, I was able to sketch out each track and adjust it or the edit accordingly. It was a fairly streamlined process and I was also able to create several different versions of each track; some for fun, some for the actual picture. By the film’s completion I ended up with twelve tracks (seven of which are heard throughout the film) that make up the soundtrack.

I just got done with doing some VFX shots for an Apple/NASA documentary about the Juno Mission. Before taking on the job I had wrapped the VFX on Atoms of Uncontrollable Silence, which had a surreal perspective on outer space, and it was cool to transition from that surrealism to a realistic view. Currently I’m trying to build up my production company Convolv and am in the process of bringing talented people together to form a team for that production company. It’s been a massive learning experience dealing with the business and logistical side of film as well. And also learning how to delegate.