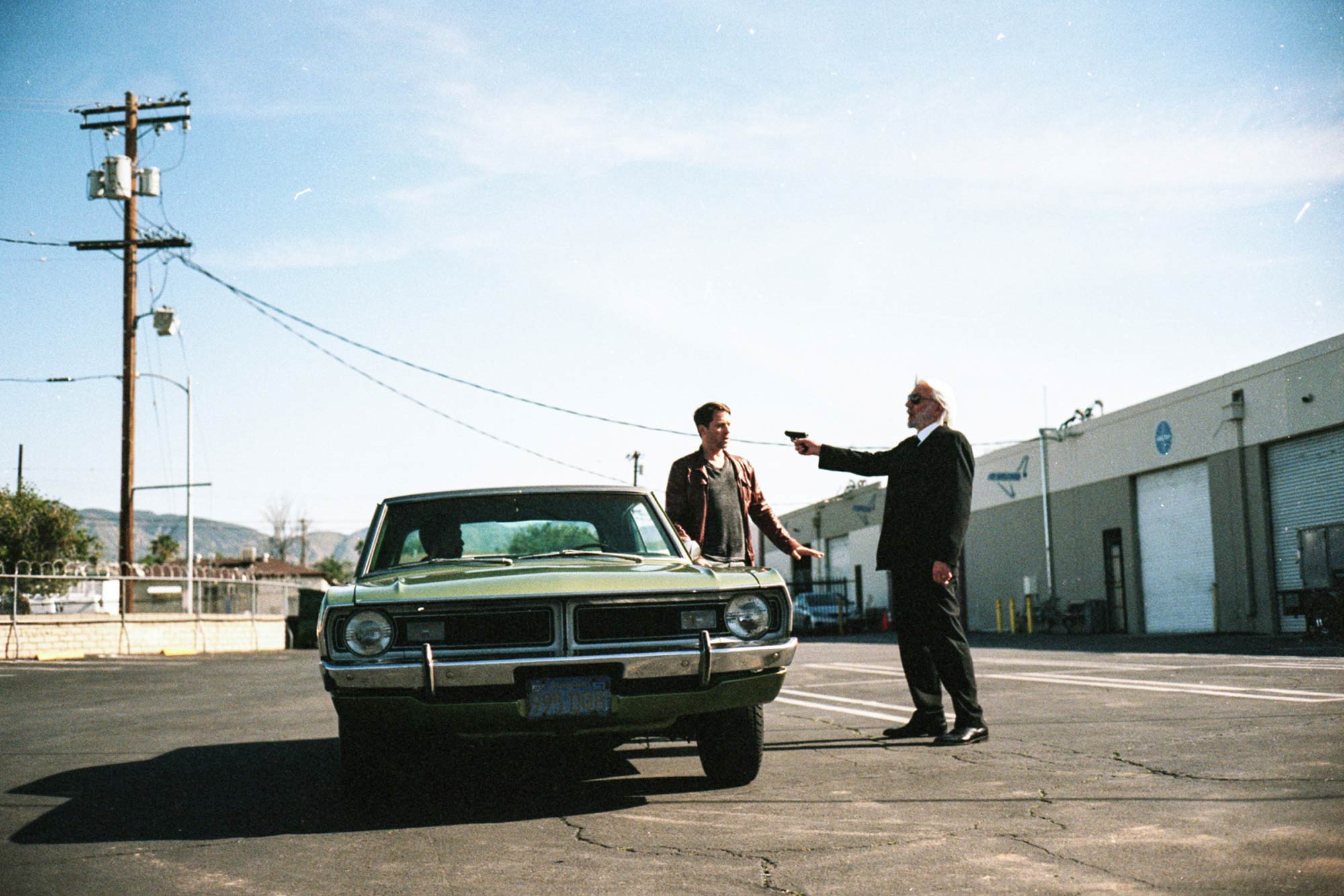 Opening in the moments before an attempted burglary and progressing to a strangely instructional car-jacking, Thomas Leisten Schneider’s metacomedy short Point and Shoot lightly skewers the method in the madness of the Stanislavsky approach to acting preparation. Ahead of the short’s screening at the Raindance Film Festival later this week, Thomas spoke to DN about building the film’s nested structure and how he managed to bring Hollywood A-lister Donald Sutherland onboard the project.

Where did the idea for this nested metacomedy come from?

The initial concept was to make a comedy about method acting. I’ve always found that there was something pretty funny about experimenting a situation to become a better actor. We started working with Caleb Scott (co-writer) around this idea and wrote the script from this simple premise, we added some twists and turns and it became Point and Shoot.

Most filmmakers would kill for the opportunity to cast Donald Sutherland in their short, how did you get him onboard?

When the script was ready, we thought it would be amazing to work with a legendary actor to play the part of the mentor/acting coach and we reached out to Donald Sutherland who I’ve known as a friend for a long time. He liked the script and jumped on board with us.

There’s a nice rhythm to the dialogue between the actors, was that present in the script or something you captured on set / constructed during the edit?

We adjusted the script while rehearsing to try to make it more believable and also to not reveal too much too early in the film. We rehearsed quite a bit with the three actors, Lucas Near Verbrugghe, Caleb Scott and Donald Sutherland so the rhythm was worked out before and during the shoot. It was a really exciting experience to see these three come up with some ideas. The edit helped too to make it even tighter.

We filmed with our wonderful DP Steeven Petitteville on an ARRI Alexa with some Kowa anamorphic lenses for one day in Los Angeles. Then we edited the film with Vincent Tabaillon who has worked on many other films including big titles like Now You See Me. We colored the film with Greg Reese at the Mill in LA and finished post production with Guillaume Raffi at Nighshift LA. It was fantastic to work with such a great team of talented people.

I’m now working on my feature film debut Wet Reckless, it’s the story of a dysfunctional family with two brothers kidnapping their dad to get him sober.