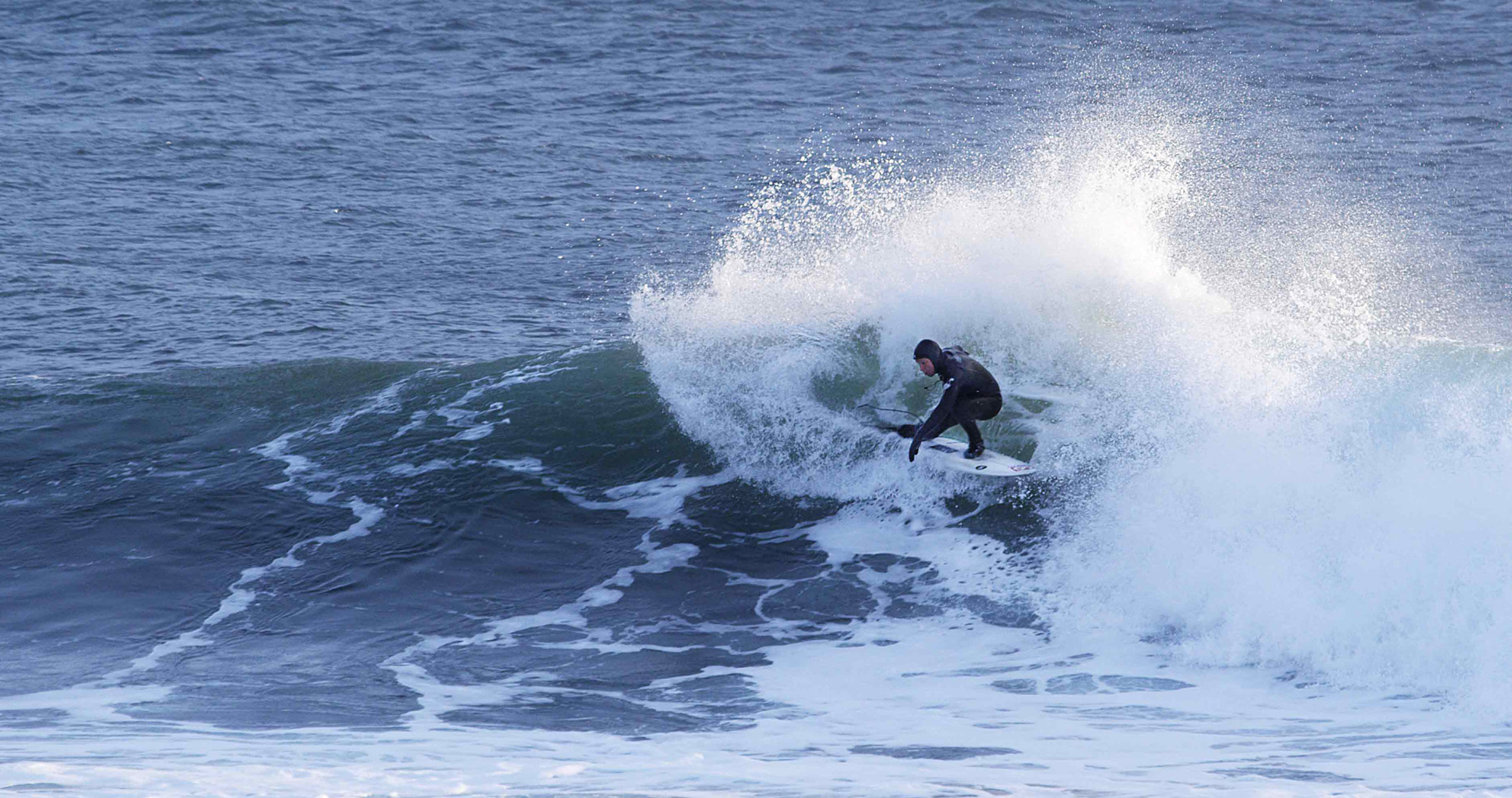 RC Cone takes us on a thrill seeking adventure with his new documentary The Accord, which premiered at the Telluride MountainFilm Festival back in May. It’s seen through the eyes of passionate Icelandic surfer Heidar, as he battles against the North Atlantic wind (personified as an unpredictable drunkard) to ride the waves. The North Atlantic wind in Iceland can be so powerful it blows cars off the road, but with an addiction to the thrillingly surreal Heidar never gives up chasing those sublime breaks. I caught up with RC to find out how he made The Accord, and lived to tell the tale.

The initial idea came from your friend and surf photographer Elli Thor Magnusson’s desire to make a movie about Icelandic surfers. How did you turn his writings about surfing in Iceland into a workable script?

We did that together. During the month of production in November, there were many, many down days where the surf wasn’t happening. Over beers and plenty of coffee, we hashed out Elli’s concept of the wind as a character. What worked, what didn’t. From there, I helped bring some of Elli’s ideas about Icelandic surfers to the screen – luckily he’s an amazing still photographer, so once we were past the conceptual pieces the practical visuals came easy to us.

After starting out without any funding or sponsors how did having 66 North, one of Iceland’s premiere brands, step up with sponsorship effect the film’s production. Did you have any reservations?

Not one reservation in the world, to be honest. Fannar at 66 North is one of the greatest people ever and that brand truly encompasses what it’s like to be living on that island, their involvement added to the film. They’ve been making gear for Icelandic fishermen since 1926! Surely, they have an inkling of understanding of Icelandic surf culture. Also, I can’t think of many brands that would allow us to get as ridiculous as we did with the North Atlantic wind – they were willing to take risks with us from the get-go. It was an ideal situation.

Once we were past the conceptual pieces the practical visuals came easy to us.

You have two great trailers for The Accord, how do you approach making a trailer for a short film?

That’s a great question because in my experience every trailer is different. For The Accord, we didn’t know if we wanted to be on-the-nose with who the North Atlantic wind is or even if we wanted to use our best surf shots. We ended up running with both. We knew that these trailers represent our film to our audience, and that’s who we are making this for, so why not give them everything! Maybe not everything, but ideally we want our trailer audience to get as excited as an audience sitting in a theatre.

You’ve said you are not an ocean cinematographer which prevented you from getting certain shots, how did you overcome that?

I didn’t to be entirely honest. There isn’t a single ‘from water’ surf shot which is an absolute standard in all surf movies. Having two angles from shore helps a lot, but if I were to do it all over – I would’ve had someone swimming with a camera for at least for a few clips. Surfing is visceral, it’s very wet, it’s cold in Iceland – an underwater camera would’ve helped to reinforce those feelings. 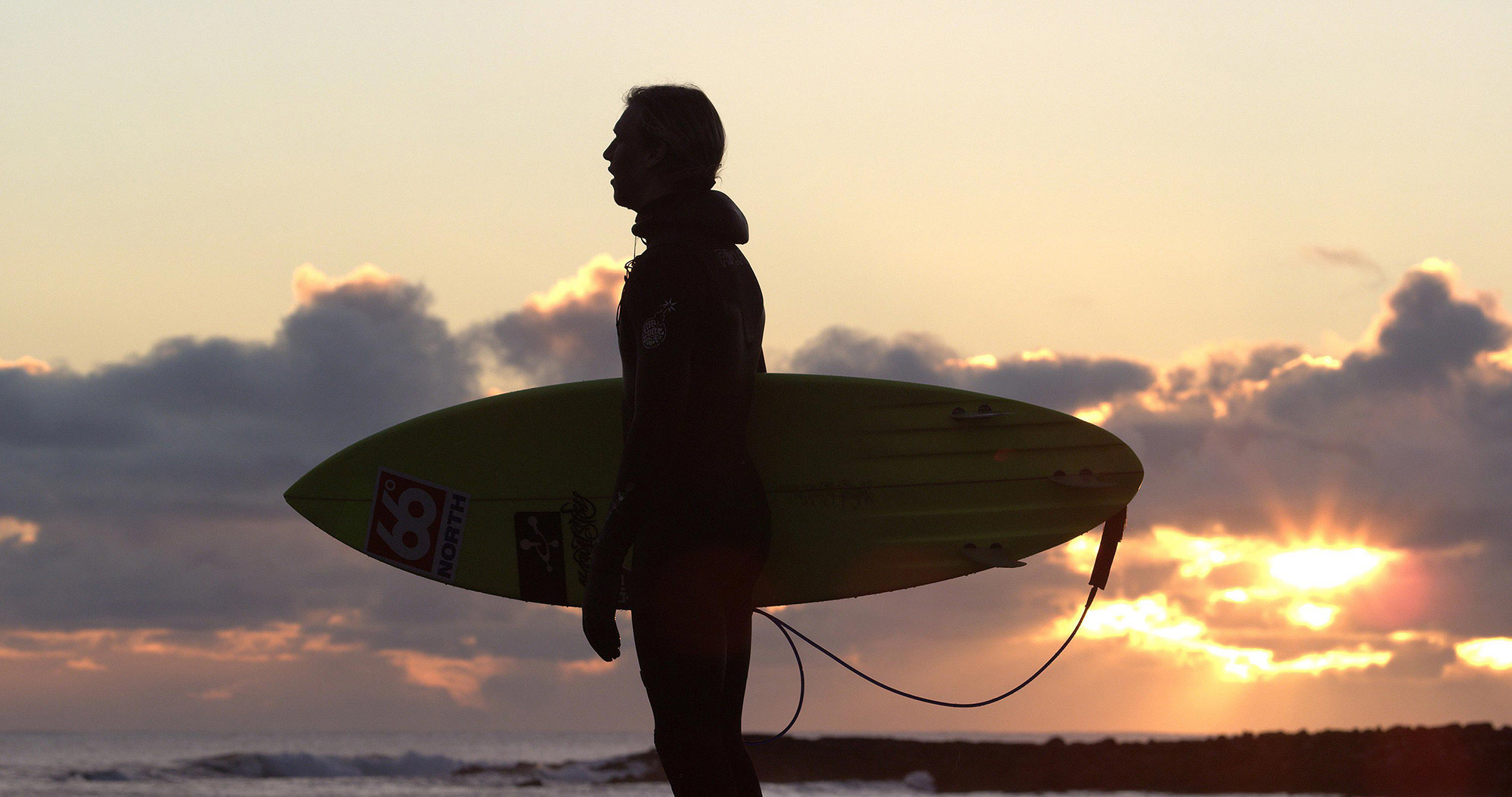 Some of the shots looked as though you used a drone, what model was it? was that the case? If so, what type and why that type?

The drone was used a lot. It’s just a modified DJI Phantom 2 with a GoPro 4 on it. It’s not an ideal drone for production value but it makes up for it with endurance (I’ve crashed and flown many of them) and convenience. This is where I really need to give a shout-out to our Colourist Daði Jónsson. I’ve never seen GoPro footage coloured so beautifully. I’m not a fan of GoPro footage personally, but to see what’s possible in the hands of a professional has made me re-think investing heavily into bigger drones.

What wondrous adventures will you be taking us on next?

I am still on cloud nine simply showing The Accord to audiences. World premiering at Telluride MountainFilm was one of the coolest experiences of my life and we’ve recently won some awards at a couple surf film festivals – so I’m just in this serene state of soaking it all up. I always say jokingly to this question that The Accord destroyed my life, I have no idea what I’m doing next – which is obvious hyperbole but in a way a ‘creative recharge’ after these films is so necessary. For a practical answer, I’m just working on paying bills until the next great story comes up.