Directed by Jonah Markowitz and Brandon Lavoie, Through The Dust provides a heartfelt insight into the lives of two 9/11 first responders, for who the tragic events of fifteen years ago remain an all too tangible presence in their daily lives. Brandon takes us through the film’s evolution from stills portraiture project through to this moving documentary which shares the perspectives of those who didn’t think twice about risking their lives to save others on that fateful day.

The initial concept for this doc came out of a photography project that co-director Jonah Markowitz was doing with some first responders from 9/11. Jonah had been taking medium format portraits of the first responders and after each portrait session he’d conduct an audio interview. Once the photography and audio components were completed, he approached me to help co-direct and shoot a short documentary piece. Personally it was an opportunity for me to delve deeper into an important story worth telling, and the idea of capturing it in a couple of non-conventional ways, with a great group of collaborators, was just the icing on the cake.

When Jonah and I first met up to discuss the style of the project, there were a couple things we immediately agreed upon. First, there would be absolutely no talking on-screen, which was perfectly fine because Jonah had already conducted the audio interviews – ultimately those are what you’re hearing in the final version of the film. Secondly, we would not fair-use any news clips from the day itself. We’ve all seen so many pieces done on 9/11 that fair-use news packages that were shot live at ground zero that day. We wanted to avoid that at all costs, and keep the focus on our two characters. However, a caveat to this is the fair-use footage we used to project onto Chuckie and Anthony during the projector sequences. Using projections to stylize a piece was an idea that I had been playing with in my head for a while, and when I mentioned it to Jonah he agreed that it had the potential to send a clear message, be a reminder of what we’ve all seen, and keep the focus on Chuckie and Anthony.

Personally it was an opportunity for me to delve deeper into an important story worth telling.

The most difficult part of pre-production was trying to figure out what kind of vérité footage we wanted to film for Anthony Miranda’s section of the piece. It was very clear with Chuckie’s portion that we’d show him waking up and taking his medicine – show his reality of having to wake up and medicate each morning, due to the illness he incurred from 9/11. With Miranda we had to put a little more thought into what kind of footage would be applicable to what he was saying. He speaks a lot about unity, coming together, and trying to get back to the “purest moments” in order to survive 9/11. Filming him spending that intimate time with his family, sharing a meal and just enjoying each other’s company, seemed to symbolize the ideas he speaks to quite nicely, so we ran with it.

The physical production of the film was very straight forward. Jonah had built up a great rapport with both Chuckie and Anthony during their portrait sessions, and so when he approached them both about doing a video component, they welcomed us both with open arms. We shot in S-Log2, on a Sony A7SII and an A7S. For glass we used Nikon, Canon, and Rokinon lenses. We picked up some location sounds on a Zoom H5 XLR’d into Sennheiser ME-66 shotgun mic. In total we shot over the course of 4 days, including the footage I shot with our Animator, Casey Drogin, for rotoscoping. 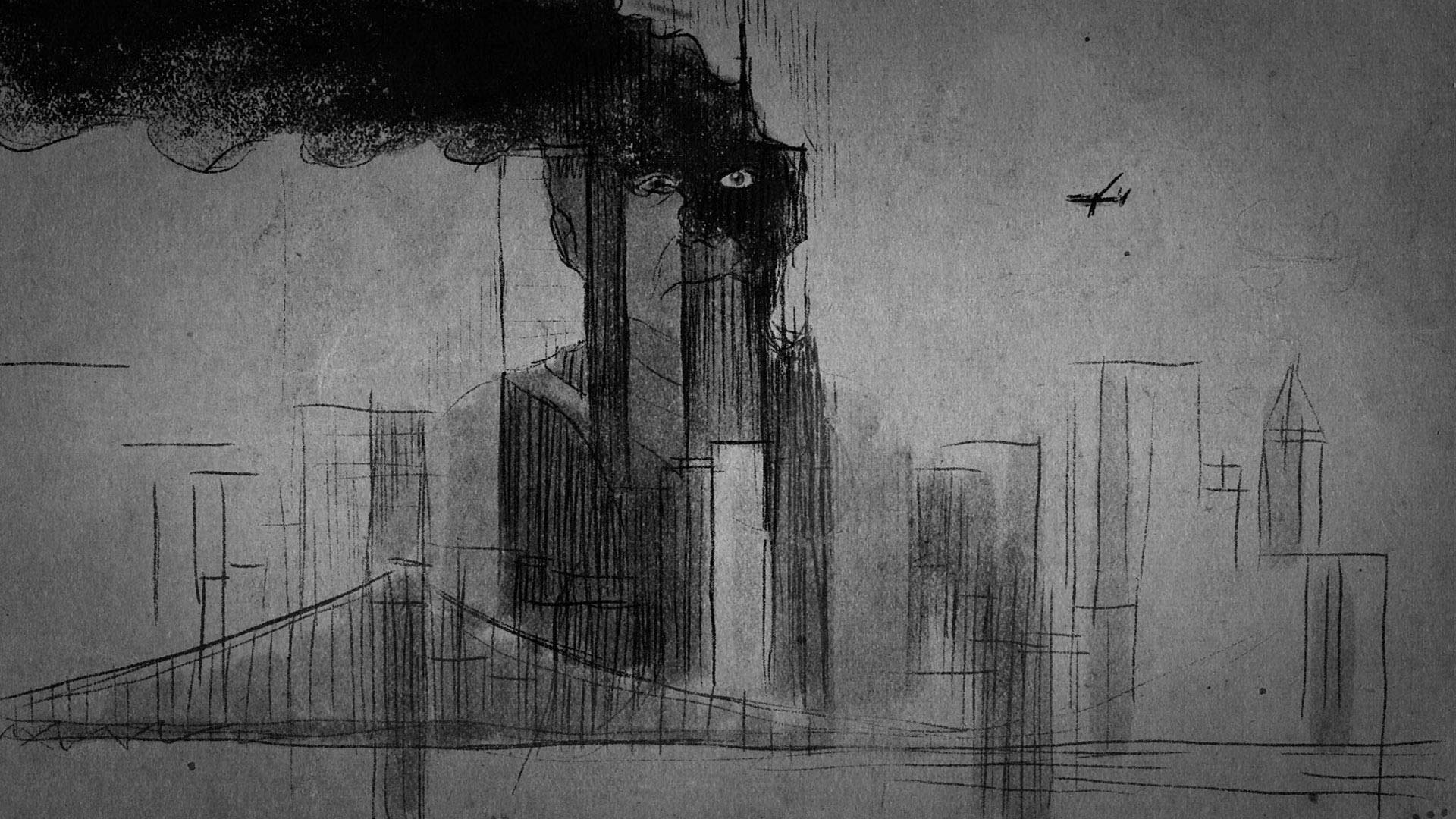 Watching this piece come to life during post production was really the most exciting part of the project for us both. Since the audio interviews were already recorded, our Editor and Colorist, Brady Darragh, was able to make selects and a rough sequence of what the film was going to sound like before we really even shot anything. His vision and attention to detail is what really helped us craft a narrative out of the footage and audio we had. I had been speaking with Casey, the project’s animator, about collaborating on something and when we approached him with Chuckie’s story he made it his priority and really poured his heart and soul into bringing it to life. Casey stressed how imperative the animation’s sound design would be and introduced us to the amazing folks over at One Thousand Birds. They did a beautiful job building those peaks and valleys of tension within the animation. Fernando Martinez’s music captured the tone of the piece perfectly without being intrusive, breathing even more life into Chuckie and Anthony’s stories. And Jack Goodman was able to take all of those sonic components and put them into a killer mix for us.

Passion projects like this only happen when you have a group of incredibly talented people willing to sacrifice their time and efforts in order to bring it to fruition. From beginning to end, this project was about teamwork, and both Jonah and myself feel very fortunate and grateful for all of the people who helped to shepherd it to completion.