Don’t be fooled by the cute characters who populate Julien Piau’s animated worlds. Beneath the inviting comfort of their childlike appearances lay dark narratives full of difficult emotions, rendered all the more insidiously effective by their seemingly carefree delivery. His new film LE SOMMET BLEU see’s the unity of three brother bears derailed after they make a strange discovery during their blue topped mountain climb. In our interview, Julien guides DN through the fraternal history which weaved personal meaning into this beguiling short.

The wordless nature of your films rewards viewers who actively engage in a decoding of the images to pull meaning from them – what’s the story behind this short?

People can change over time, sometimes suddenly, we don’t know if they can go back to who they used to be, we do not understand their behaviour anymore. The story of LE SOMMET BLEU is a take on this change which can be brutal and emotional. The physical transformation of one of the small Cubs represents a radical change. His two brothers don’t recognize him, in what he is (physically) and at what he does (aggressiveness). His fall from the mountain to an inaccessible place shows the powerlessness of the Cubs to save him. The story is inspired by my twin brother who has been living in the United States for eight years. The last time I went to see him in the States 6 years ago went wrong, I didn’t recognize him in what he was and our complicity was totally gone. Today, I am closer to my little brother who was in a way excluded from our brotherhood. The story was dear to my heart, and I am glad to have been able to achieve this animated film to express my feelings, I hope that it will please you too.

There’s a recurring contrast in your work between ‘cute’ images and a dark narrative tone. Are there any specific sources of inspiration which have helped shape your visual style? What is it about telling sombre tales that appeals to you?

For my visual style there are not really any specific influences who helped me shape it. But when I was younger, I used to love watching fantastic movies from David Cronenberg and John Carpenter such as : Scanners and The Thing. Also the animated series Tales from the Crypt, Creepy Crawlers and Mighty Max where part of my morning ritual every Wednesday when I was outside of school. Surely there was an impact of these shows on my work, especially for the fantastic and strange atmosphere. The gloomy stories are interesting, I feel like they reinforce the links between the characters, and that there is a form of greater solidarity between them during difficult times. At least that’s what I wish to share. 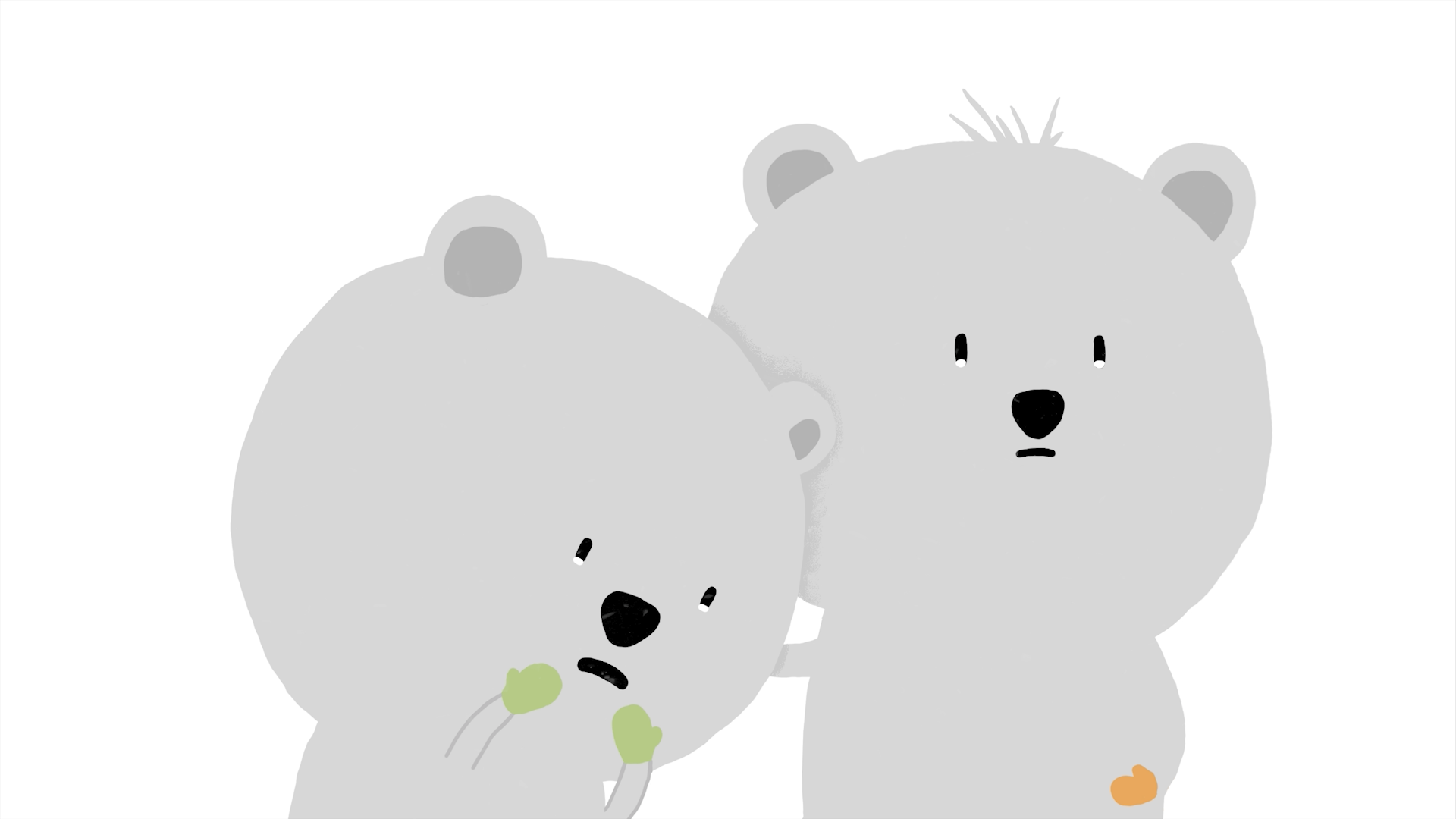 What guided the film’s graphical style and how was that practically realised?

The movie’s graphic choices are childish and simple. The characters in the film who represent animals are related to my childhood. Graphic choices come to contrast with the subject of the film which is more adult and mature. Each scene was performed digitally, image by image. I then scanned textures that I have nested in the film. The film took about a year to emerge, including research, storyboard, the realization of the scenes, editing, and sound which consists essentially of basic sounds effects achieved by using a portable recorder and an toy electronic keyboard. I love using it! 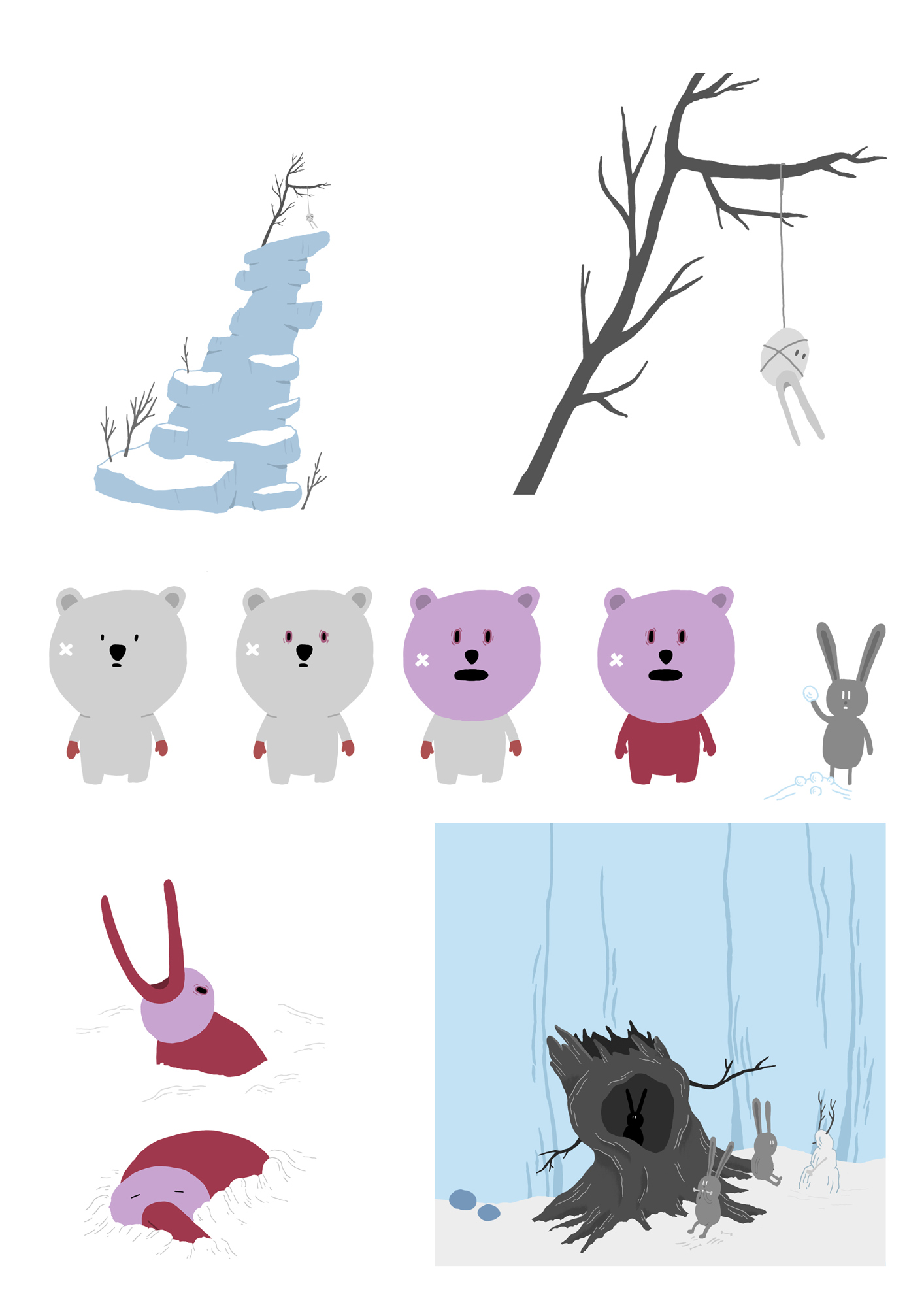 This is your longest piece to date, did the extended duration require any changes to your production methods?

My methods of production haven’t changed especially, except for the storyboard which is more elaborate than it was in the past. Otherwise, my methods are the same.