Labelled a ‘cumming-of-age story’ by Norwegian director Truls Krane Meby, World Wide Woven Bodies is a film that induces both a sense of nostalgia and discomfort in its viewers. Set in Northern-Norway in the 90s, the film follows a young boy whose life is opened up to a world of new possibilities when the internet comes to his hometown. Eager to discover why the director wanted to tackle this particular era and themes with his latest film, we spoke to him about his distinct storytelling style.

Can you tell us a little bit about how the story for World Wide Woven Bodies originated?

I’ve felt like a child of the internet for the longest time, and was surprised that there was so little fiction that grappled with how the internet felt in its infancy. It seemed to me that there were so many strange and surreal elements of that era to play around with: the PC in the living room, the dial-up sounds, the slow-loading images, the unfiltered world beamed into homes at the edge of the world. Quite simply, I wanted to see it for myself again, dream myself into it, and see if there was a story there that could speak about something human.

It feels as if nostalgia plays a large part in your film – how much attention did you pay to not only recreating a certain point in a young man’s life but also the early internet era?

I really like using nostalgia as way of inspiring a certain dreamlike quality in my stories. This film, together with my last short, Good Machine Gun Sound, were loosely based on my own experiences. I wanted to capture what my childhood felt like when thinking about it, rather than how it perhaps actually was. When I think about my childhood, I rarely think about specific situations, but rather a more general mood, so my childhood feels more like a physical world that I can walk around in, rather than a ‘memory movie’ playing a few select scenes (though they are in there too). This feeling of childhood being a different, slightly alien and dreamlike world, was part of what I wanted to portray. This kind of daydreaming gives way to odd little surreal details, that I’m not sure I would have come up with if I’d had a more strictly narrative or plotty approach to writing the story, like when he smells the bed.

The internet as a place to walk around, was what I wanted to portray here.

I wanted the elements we saw of the internet, particularly in the beginning of the film before the more plotty parts kick in towards the end, to feel like a completely new world opening up, a world filled with strange promises and potential. Every GeoCities page seemed to want to give you the secrets of the universe. Starry backgrounds and strange intros to personalized New Age philosophies. Again: a dream world feeling of endless potential, the internet as a place to walk around, was what I wanted to portray here. Though of course this is very short in the film – I’m looking to expand on these elements in a feature (more on that below).

World Wide Woven Bodies is an uncomfortable watch at times, what is it that you hope an audience takes away from a viewing?

I’m glad it’s uncomfortable! When it comes to what the audience should take away from it, I think that should be up to them. I of course have my ideas, as a director I think it’s equally important to let the film go once it’s out there, and give it over to the audience. 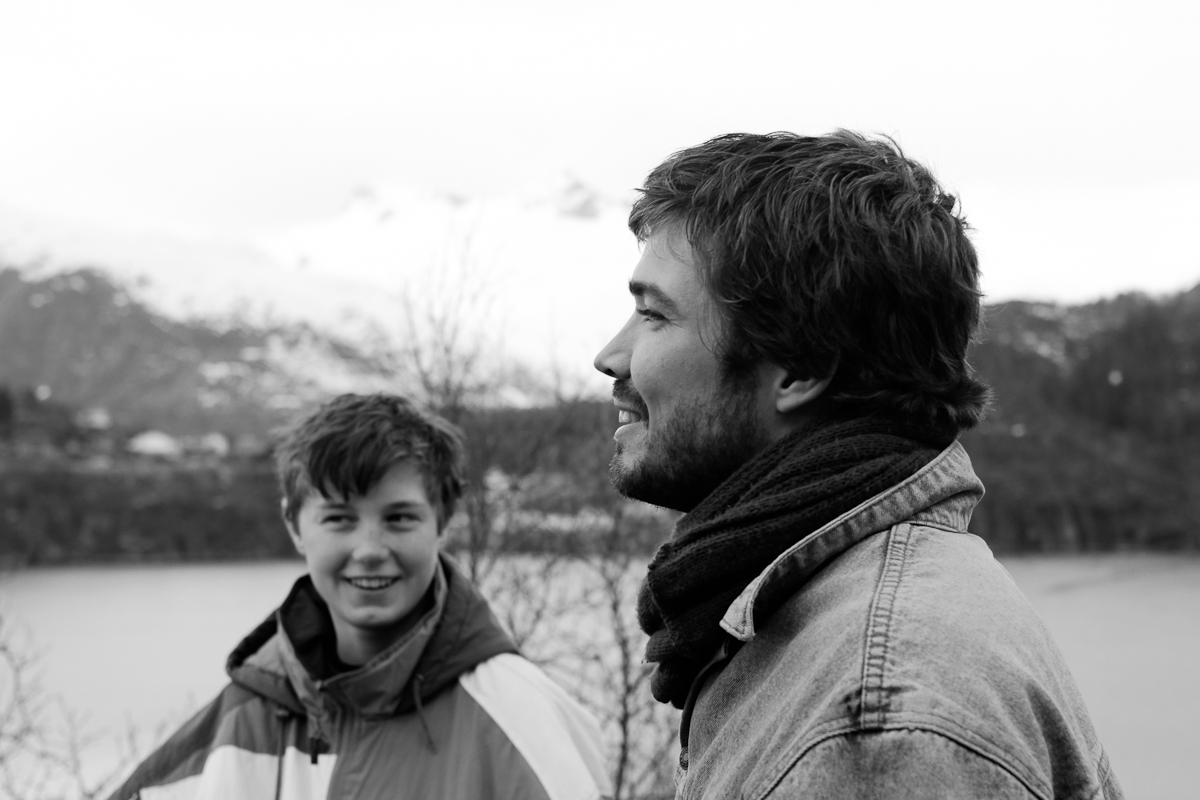 The film features some strong performances – especially from your young lead. How was the experience of working with a young actor with a storyline that focuses on his burgeoning sexuality?

That was a very interesting experience. Heine Dybvik, who plays Mads, had done a fantastic screen test, where he did a part from the confrontation scene at the end, so I knew what he was capable of. So much is in the casting. I don’t really give too many directions on set – it’s mostly choreography and timing – and when I saw he could do that end scene, I felt very strongly he could do the rest. He had those intense looks in him already.

I think making the actor feel safe is key.

We lived very far from each other, so before the shoot we only had the possibility of Skyping. But we went through the screenplay, talked about the material, and made sure he knew what he was getting into. We had just a tiny bit of time before the shoot itself, getting to meet properly, and then, suddenly, there we are, on set, a little too quickly. The first day we had to rearrange our plans a little, and make new rules about, for instance, how many people to have on set during the more intimate scenes, to make it feel completely safe. But after those rules were set, it went very smoothly.

It was fantastic to see Heine get to know everyone during the week of shooting, and how he at the end was so comfortable that he was improvising some incredible things for us – like the ‘monkey jerk-off’ that opens the film. I think making the actor feel safe is key. I often do long, floaty takes, that are quite choreographed, with a lot of movement, where the actors get to be in an uninterrupted flow for a while, which I also think can be very beneficial for child actors.

There’s tons more to explore in the early days of the internet, and I’m writing a feature now set in the same town as World Wide Woven Bodies (the town I grew up in), which will incorporate chatting culture, mIRC. It will also be about the impact of the internet on the sexuality of a teenager, and the title is Age Sex Location. We’ve got a fully funded short film ready to shoot in April. It’s called Mobile, and is about a young Syrian refugee in the same town as World Wide Woven Bodies, who has to help his family cross into the EU over the mobile phone.