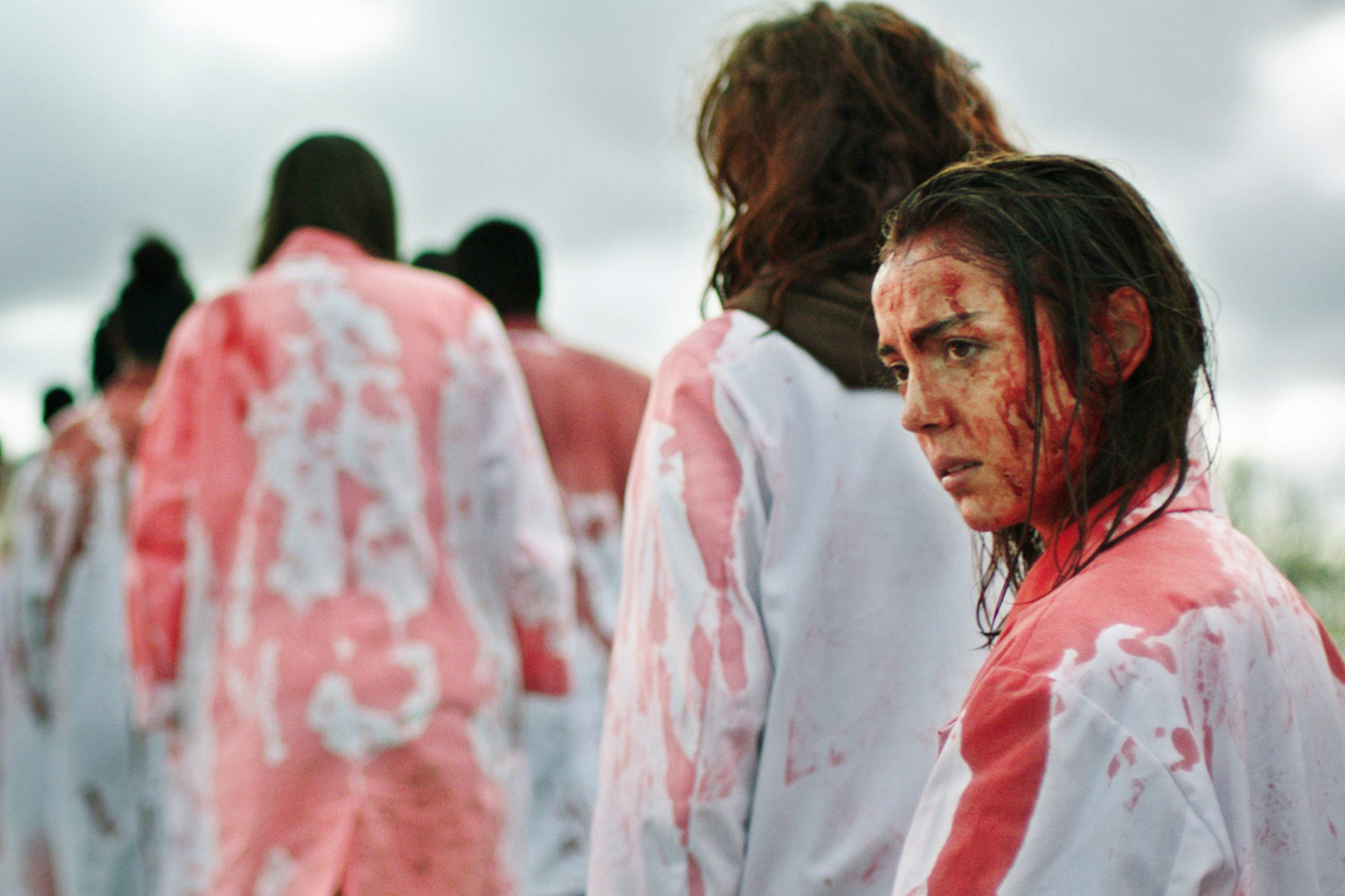 This year my top ten list is filled with pieces that have stayed with me for days after watching them, their majestic and sublime effects lingering in my mind. They are an eclectic mix and each is outstanding in its own right – witness the mastery and originality of today’s independent cinema with my cherished Top Ten Feature Films of 2016.

Honourable mentions:
Requiem for the American Dream, Who’s Gonna Love Me Now, Worldly Girl, Moonlight, The Day Will Come, On Call, We Are X and The Red Turtle.

10. HUNT FOR THE WILDERPEOPLE | Taika Waititi

A New Zealand adventure comedy-drama and the highest-grossing New Zealand feature to date. Hilarious and heartwarming as it follows a juvenile delinquent and his foster father as they become the targets of a manhunt after fleeing into the New Zealand bush.

Andrews’ debut feature is an exploration of the psychology of abuse told through a past dark and deeply disturbing relationship. Una is an interesting piece of filmmaking and will hold you in the clutches of the uncomfortable for its duration, depicting the fascinating but shameful dynamics of a regrettable relationship.

Highly esteemed documentary filmmaker Oskouei exposes the reality of being a juvenile delinquent teenager at the extreme margins of Iranian society. After seven years fighting for authorisation Oskouei was finally allowed to film inside a correctional facility on the outskirts of Tehran. Oskouei’s passion shines through on this project and enables the audience to watch as the teenage girls share their tragic true stories of stolen childhoods living within a system which has failed then and sadly gives no real prospects for the girls upon their release. A touching an insightful tale.

A raw, curious and fascinating piece of filmmaking exploring individualism, dictated uniformity and humanity’s relationship with the animal kingdom. Zoology follows a middle-aged women and her eternal struggle to be accepted into modern day society. The brilliance of this piece is it’s use of such an original and obscure storyline to address some of the most thought-provoking and troublesome issues within today’s culture.

Read our interview with Ivan I. Tverdovsky

This is a film that made the hairs on the back of my neck stand up and a strong desire to be a better person coarse through my veins. Jewel’s Catch One is a deeply inspirational documentary about an exceptional women who possesses great strength and relentlessly fights for the lives and rights of the LGBT and minority community.

Read our interview with C.Fitz

This is definitely not a feel-good movie, but it is an eye-opening experience as Orner journeys us through forbidden footage which exposes the harsh realities of the Australian government and its unforgivable treatment of asylum seekers.

Listen to our interview with Eva Orner

This debut feature is a chilling exploration of child psychopathy and troubled upbringings. The film made my blood run cold with it’s implicit brutality and left me with feelings of emptiness and despondency but, it’s this potent and powerful force that makes this film a superbly executed remarkable feature.

A curious documentary showcasing author Laura Albert as she writes novels under the pseudonym, JT LeRoy. As Albert brings this persona to life, JT LeRoy becomes a mysterious sensation courted by celebrities and amongst other compelling stories, makes a beautiful, brilliant and laughable mockery of this worshiped elite. It is an astounding true tale which left me thinking that there are many possibilities in life!

A complex and deeply disturbing film that gripped me right from the opening scene, Elle entices you, slaps you around and then leaves you feeling like you have just been through a very real and emotional experience.

And finally my most loved film of the year isn’t a documentary about humanity or politics, nor did it inspire me to be a better person, but instead is one that made me want to release my inner beast, be free and just not give a fuck!

I was lucky enough to see Raw completely blind and even though I’ve included a trailer below, if you can resist the temptation of hitting play I think the film will have a bigger impact if you don’t watch it beforehand.